Celtic Quick News on News Now
You are at:Home»Latest News»HERO TO FIGHT FOR HOOPS FUTURE
By CQN Magazine on 8th September 2020 Latest News

TOM ROGIC is ready to remain at Celtic after snubbing a big-money move to Qatar.

The Australian international midfielder looked to be heading for the Hoops exit after the club received a bid in the region of £4million from an unnamed Qatari outfit.

However, the fans’ favourite known as ‘The Wizard of Oz’ has turned his back on the switch after failing to agree personal terms, according to a report in the Daily Record.

The 27-year-old playmaker is now prepared to battle for his future at the champions after arriving in Glasgow in 2013 from Central Coast Mariners in a £750,000 deal completed by Neil Lennon in his first spell as Parkhead gaffer. 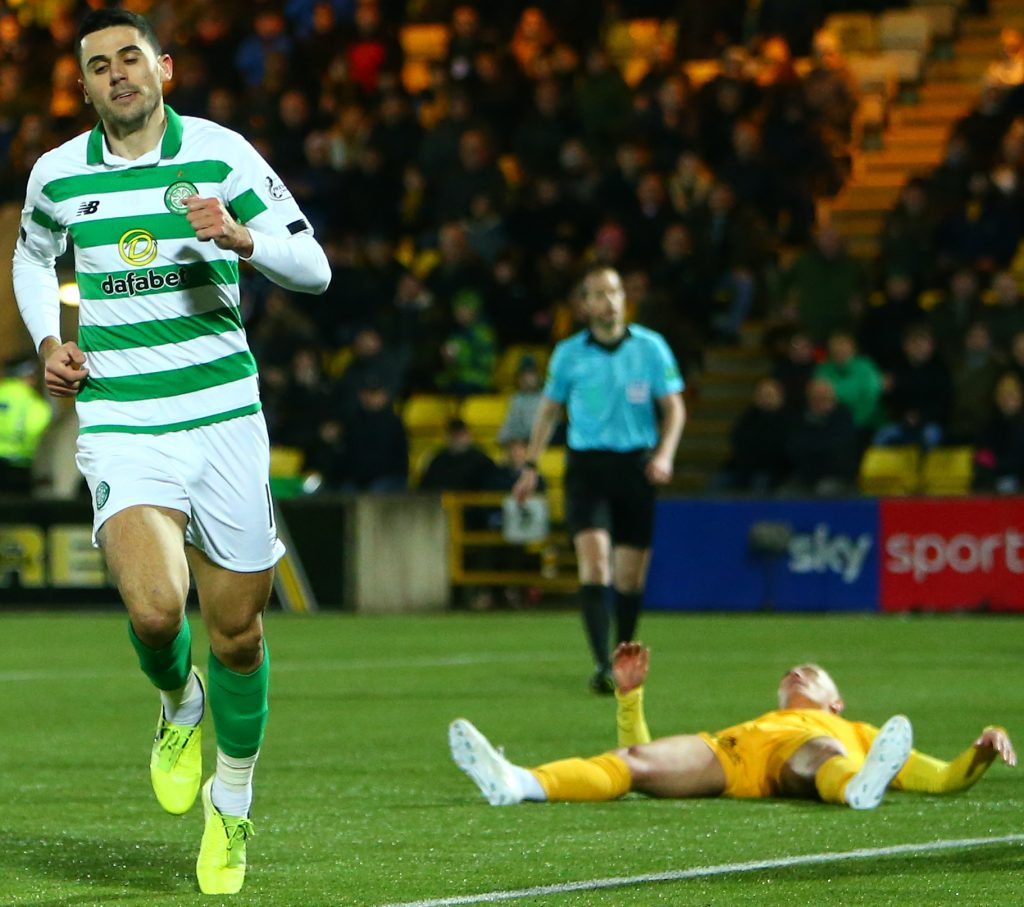 STOPPAGE-TIME GOAL HERO…Tom Rogic turns away after his leveller against Livingston in March.

Rogic was hampered by injury last season and made only 10 first-team starts while coming on as a substitute on another 12 occasions. He scored three goals, one in stoppage-time in the 2-2 draw at Livingston that prevented the team from losing their only league outing after the turn of the year as they surged to their ninth successive title.

He has yet to appear this time out, but boss Lennon has admitted he would love to have the player on board for the club’s bid for the historic 10-in-a-row.

Rogic will forever be remembered as the last-gasp matchwinner in the 2-1 Scottish Cup Final triumph over Aberdeen at Hampden in May 2017 that sealed the first domestic clean sweep under Brendan Rodgers and completed the phenomenal Invincibles season.