The Celtic captain, a booking away from a suspension that would have ruled him out of the next match against Slovakia at Hampden next month, kept his head, despite being incensed by the unnecessary second half incident in a match that the Celtic fueled Scots side won 2-0.

Celtic striker Leigh Griffiths made one, scored one and then limped off injured with Gordon Strachan saying afterwards that he could be back for PSG next Tuesday but would be unlikely to be ready to face Hamilton on Friday evening in a match that is live on BT Sport.

While Brown refused to retaliate on the park he later spoke of his disgust at Steve Borg.

“He put his hand up to apologise but I managed to keep my head.

“He is a horrible b***** but the main thing was getting the three points.

“Getting the win was the main thing, it was about the team — not about one person or bookings or anything like that,” the Scotland skipper said.

“I thought we played really well, we played our game at our tempo.

“We were very patient with the ball, that’s what we tried to do and we created chances from that.

“It is a great result from England as well for us, we knew we had to win our game and then just hope they gave us a helping hand.

“I didn’t really notice the cheering (at England’s goals), I thought the fans were maybe cheering us for keeping the ball.

“I didn’t know England had been a goal down, we only found that out after the game.

“The Slovakia match will be massive now, hopefully the fans come out and support us next month.”

The attendance last night was disappointing low at only 26,371. However it was Malta and it was a Monday. Perhaps the SFA should have opened up the empty spaces for school trips. 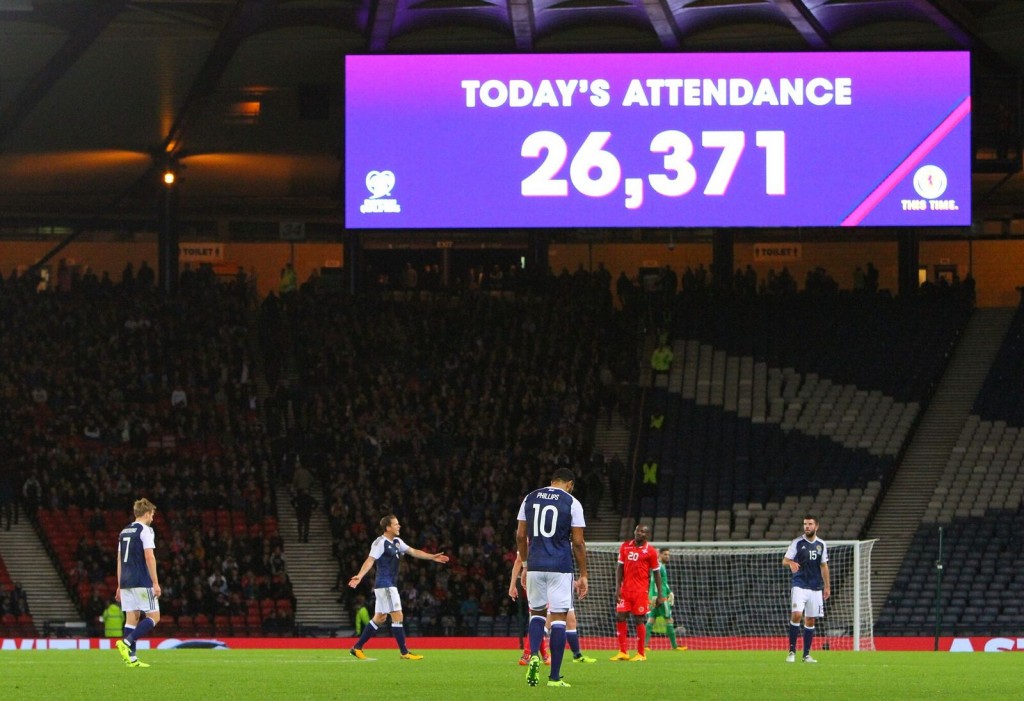