CHRISTOPHER JULLIEN, the most expensive defender in Celtic’s history after his £7million move from Toulouse, is standing by to make his competitive debut tonight – in front of a meagre 4,000 audience.

The towering French central defender made his first appearance in the hoops when he played 57 minutes in the goalless pre-season friendly against Rennes earlier this month.

However, this will be his first real test with the Hoops protecting a five-goal advantage after last week’s Parkhead romp against Nomme Kalju in the first leg of the Champions League second round qualifier.

Neil Lennon, who splashed the cash to lure the 6ft 5in centre-back to Glasgow, has no doubt he will make the Hoops fans forget all about Dedryck Boyata who quit the club after four years for a new career with Bundesliga mid-table outfit Hertha Berlin. 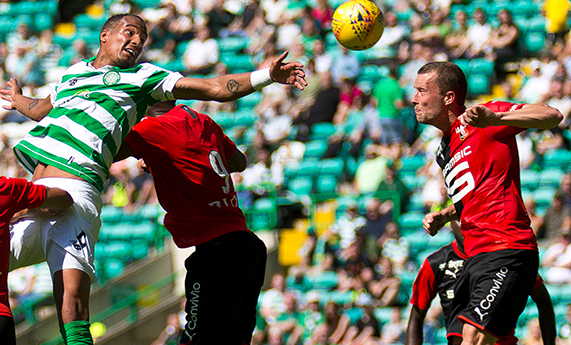 Lennon added: “He’s a physical, dominant centre-half, he’s proficient with both feet and he dominates the ball in both boxes which at times is what you need, certainly in the British game.

“Allied to that him and Jozo are suspended for Saturday, so they need to get this game, it’s important that both of them play.”