FORMER Celtic kid Aaron Hickey, who has been linked with a return for over a year, is back on the Hoops radar.

The left-back, now playing for Bologna, is a £3million target for Ange Postecoglou, according to media reports.

Nineteen-year-old Hickey, who was released by the Parkhead side at his own request to join Hearts three years ago, is seen as being the long-term solution to the No.3 problem position.

Diego Laxalt was brought in on a last-gasp loan deal from AC Milan last season to add cover alongside Greg Taylor after Boli Bolingoli had been banished to Turkey in a temporary contract following his inexplicable secret trip to high-risk Spain during the government Covid lockdown.

However, the Uruguayan failed to impress and was returned to the Serie A giants and has moved on again with a four-year deal at Dinamo Moscow. 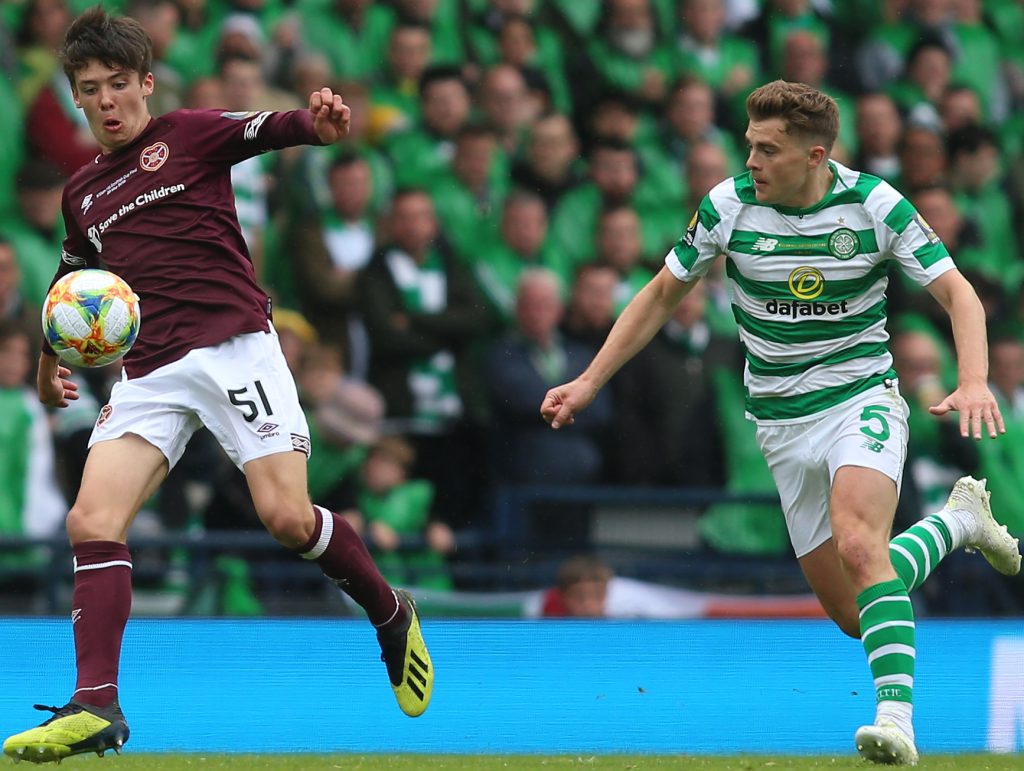 ON THE BALL…Aaron Hickey is under pressure for James Forrest as Celtic win the 2019 Scottish Cup to seal the treble treble.

Hickey is now back in focus and the Hoops could step up efforts in the summer transfer window for the teenager who moved to Italy a year ago after making his breakthrough at Tynecastle.

Coincidentally, he made his debut against Celtic on the last Premiership game of the season in 2019 when the Hoops won 2-1 before lifting their eighth successive title. The full-back impressed manager Craig Levein enough for him to play him against Neil Lennon’s outfit the following week in the Scottish Cup Final where the Hoops again emerged with a 2-1 triumph to seal the treble treble.

Addressing the latest Celtic stories, Hickey said: ‘Well, I am fully aware there has been interest. I can see it all, but I have just got to keep my head down and keep my full focus on Bologna just now.”

New boss Postecoglou arrived in Glasgow yesterday following his 10-day quarantine period and is ready to ramp up his squad overhaul plans.