ONLY three managers in the illustrious history of Celtic have achieved the exceptional feat of a domestic clean sweep of silverware – Jock Stein, Martin O’Neill and Brendan Rodgers.

Big Jock won the league title, the Scottish Cup and the League Cup in season 1966/67 – where he threw in a European Cup for good measure – and repeated the domestic accomplishment in 1968/69.

O’Neill matched the legendary Stein’s collection after taking over in 2000/01 and it was another 16 years before Rodgers added his name to the list with his ‘Invincibles’ campaign in 2016/17.

Over the next three weeks, CQN will be publishing EXCLUSIVE extracts from Alex Gordon’s production, ‘CELTIC: The History Bhoys’, which features the extraordinary and groundbreaking seasons of these three iconic leaders of the Parkhead club.

Today, in Part One of our fascinating series of these landmark times in the annals of fame at a momentous football club, we kick off with the arrival of Jock Stein in March 1965.

Broomfield Park, the rundown, ramshackle premises of Airdrie, on a grey Wednesday evening in March 1965, was the unlikely setting for a football legend to be born. 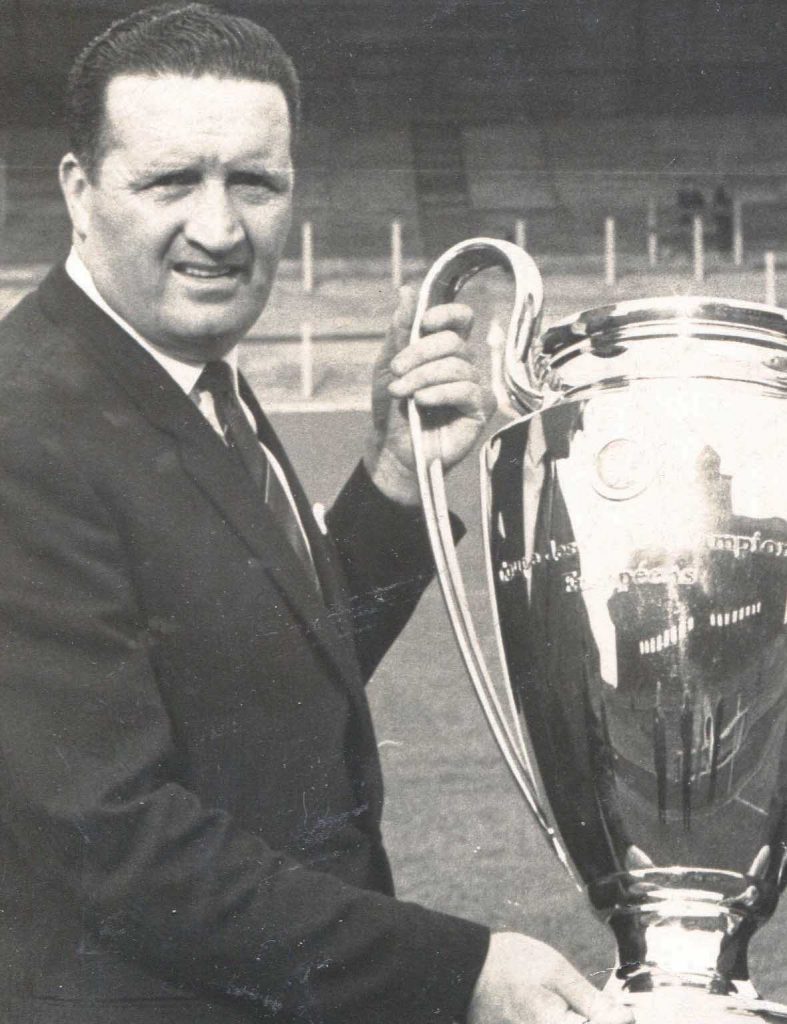 THE HISTORY-MAKER…Jock Stein with the European Cup in 1967.

Bertie Auld, now a sprightly 79 year old, must have impressed his new boss that frosty, crisp late winter’s evening under the dull lights at the home of Airdrie. Celtic trounced their opponents 6-0 and Auld, playing wide on the left wing, struck five of them, two from penalty-kicks. John Hughes claimed the other as Jock Stein signalled his intentions right from the start.

* TOMORROW: The Stein Era really takes off as the Celtic giant awakes from its slumber.