DEDRYCK BOYATA was stunned when assistant referee Frank Connor apologised for his error in awarding Hibs a crucial penalty-kick in the Betfred League Cup semi-final.

The blundering official visited Celtic’s dressing room at Hampden after the Hoops’ 4-2 weekend win and admitted he got it wrong.

Referee Kevin Clancy took advice from his assistant after Boyata had won a tackle with the Easter Road side’s Martin Boyle just inside the box.

The Belgian international was incensed when the spot-kick was awarded and Anthony Stokes scored to bring the scoreline back to 2-1.

However, Boyata was impressed the official was man enough to admit his mistake. 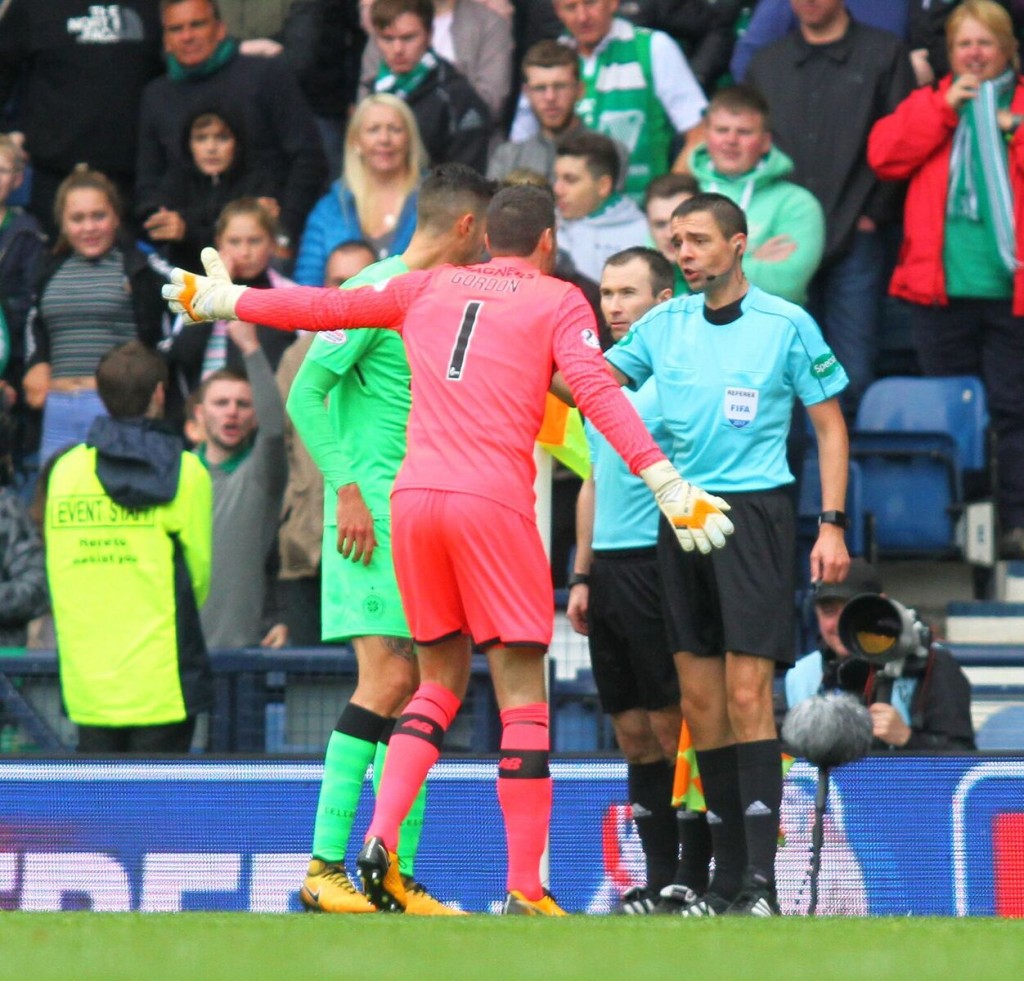 The central defender revealed: “The linesman came into the dressing room after the game and said: ‘I want to apologise and to say that I made the wrong decision’.

“So, fair enough. I wasn’t expecting that. He didn’t have to do it.

“I didn’t celebrate at our third goal with my team-mates, I just pointed my finger in front of his face which I wasn’t supposed to do!

“I was angry, but he still came and apologised. I don’t think he was scared – I have an angel face!”

Boyata and his team-mates are now determined there will be no Premiership banana skins against Aberdeen at Pittodrie this evening.

This is the champions’ fourth game in 11 days while Derek McInnes’ men have rested over the same period after facing Neil Lennon’s side on October 14.

The former Manchester City defender warned: “Aberdeen have quality players. They showed it last season and the season before.

“They lost Jonny Hayes, but they have Ryan Christie and Gary Mackay-Steven, they are very good players.

“With them being in this position is not a surprise because they are playing very well.

“It is a vital game for us because we are on same points. We know how hard it is at Aberdeen, but we can cope with anything.”