Celtic Quick News on News Now
You are at:Home»Latest News»HONOURS EVEN FOR ‘WARRING’ CELTS
By CQN Magazine on 11th June 2022 Latest News

IT was honours even for Celtic’s best of enemies, Stephen Welsh and Matt O’Riley, as Scotland and Denmark Under-21s drew 1-1 in Viejle last night.

The Hoops centre-back, now 22, was making his last appearance for the Scots at this level and captained the team to a respectable point in Euro Group I. 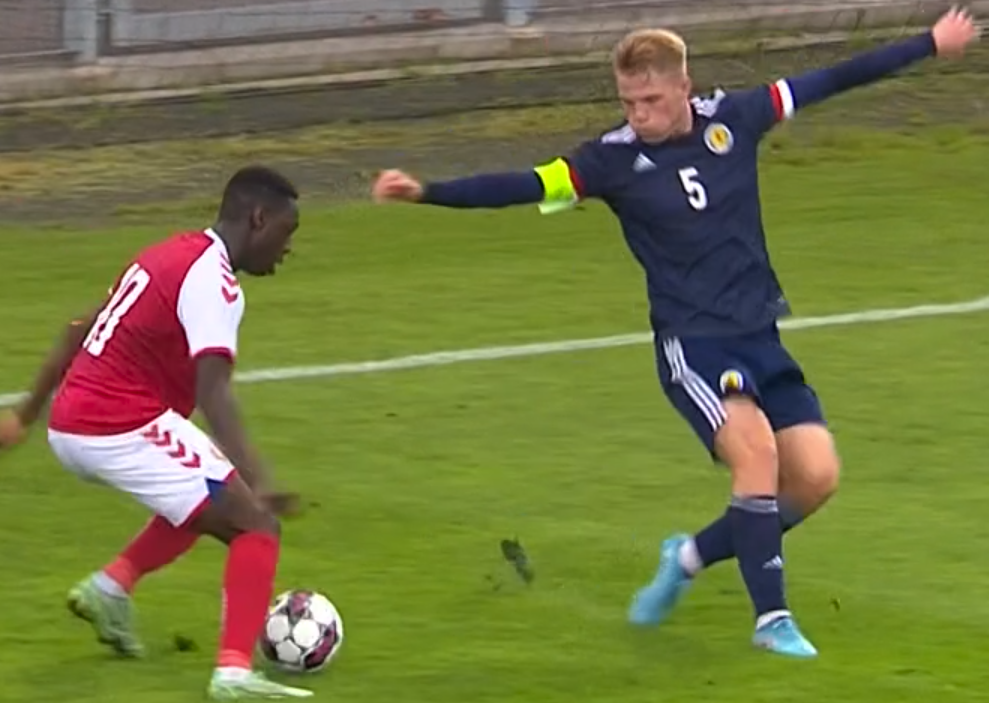 ON GUARD…Stephen Welsh prepares to repel a Danish raid.

Welsh was a rock in the heart of his nation’s rearguard in a game dominated by the home side for whom midfielder O’Riley starred until he came off with 15 minutes to go.

Scot Gemmill’s team were already well out of contention to make it to the Finals next year, but shocked the Danes by taking the lead on the stroke of half-time when Stephen Kelly fired in an unstoppable free-kick from outside the box that flew into the net off the underside of the crossbar. 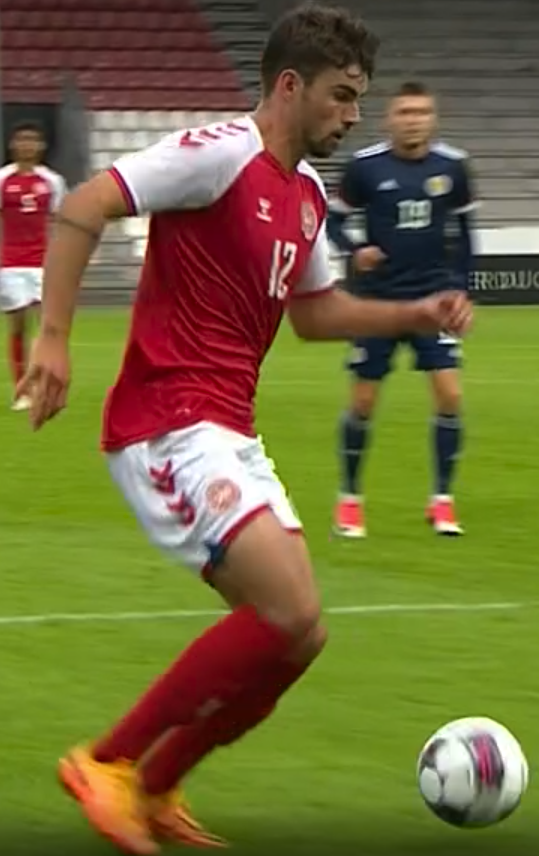 ON THE BALL…Matt O’Riley threatens the Scotland defence.

However, it was cancelled in the 70th minute when keeper Ross Sinclair was left rooted to his line as a wicked first-time drive from Maurits Kjaergaard thundered towards its target.

Welsh denied the homesters the opportunity to score a late winner when he bravely threw himself at a shot from Gustav Isaksen to deflect the effort to safety.