CAMERON CARTER-VICKERS went from hoops to the Hoops – that’s the long and short of his sporting prowess.

The US international centre-back, who agreed a £6million deal at Celtic after an impressive loan season from Spurs, admits he couldn’t follow his dad as a giant in NBA basketball because he was too small.

Carter-Vickers’ father Howard, nicknamed Hi-C, was a shooting guard with the Denver Nuggets and Dallas Mavericks in the 1980s. But there was no way his son was going to follow his lead. 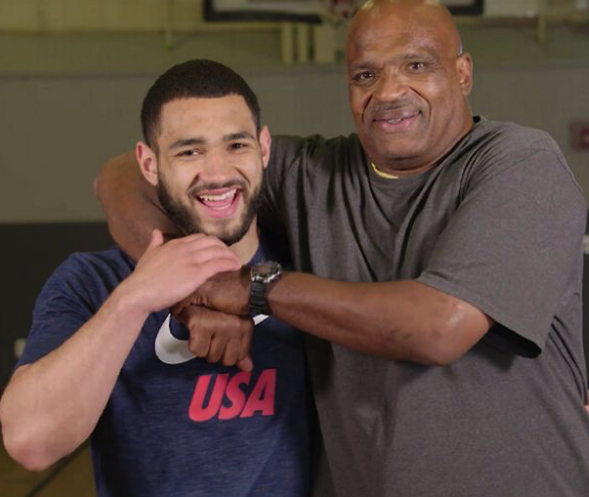 GETTING IT IN THE NECK…Cameron Carter-Vickers’ dad Howard gets to grips with his Celtic star son.

The 24-year-old defender is a fan of the sport, but felt more at ease with the ball at his feet than in his hands.

The powerhouse back-four operator, known as ‘The Fridge’ to his Celtic team-mates, said: “My mum and dad are pretty easy-going. They are all pleased for me. They are happy if I am happy.

“I didn’t grow up with my dad, but I used to see him regularly in the summer. He didn’t play football, he played basketball, but there are traits all pro athletes use and he has been able to help me with stuff like that.

“I play a little bit of basketball, but I am probably a bit too short for it. He played in the NBA for a couple of years and also played in France and Greece. Neither him nor my mum put any pressure on me. If I do need advice then I know he is there.” 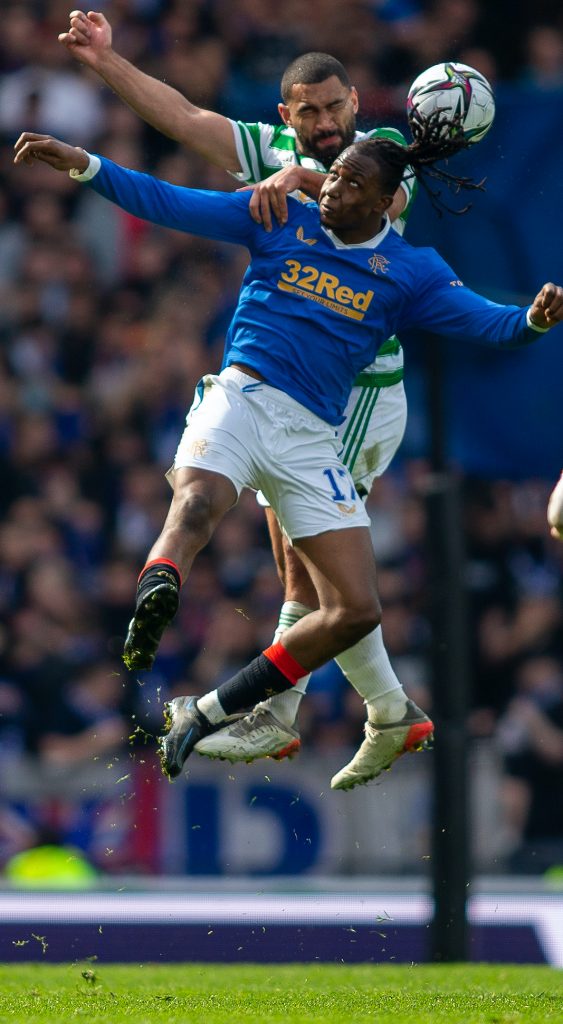 Carter-Vickers was brought up in Southend by his mother, he was inspired by his father to represent the States at international level.

The 11 times-capped star, who is heading for the World Cup Finals in Qatar in the winter, continued: “I spent a lot of summers out there as a kid and was always close to that side of my family.

“On my dad’s side I’ve got a few sisters and quite a few cousins.”

Coming through the ranks at the London club, Carter-Vickers admitted an academy coach by the name of John McDermott really helped to realise his sporting ambitions.

Carter-Vickers, speaking to the Daily Record, added: “He’s not there any more, but as I was coming through the youth teams at Tottenham, John was the main guy. 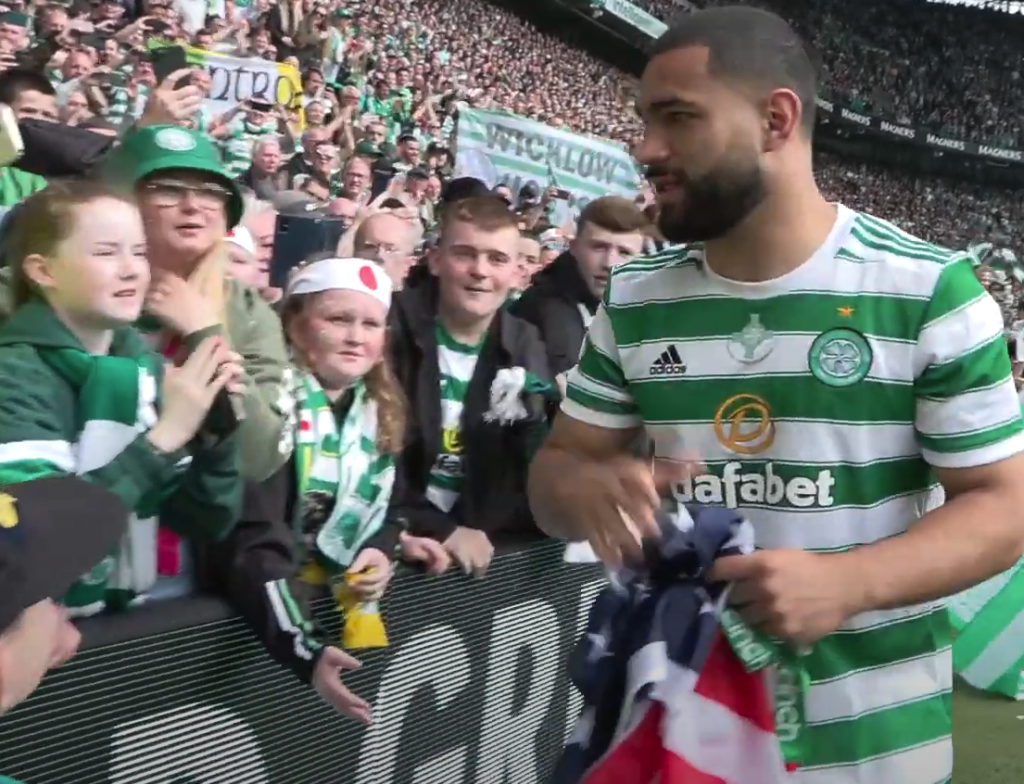 CROWDPLEASER…Cameron Carter-Vickers with the Celtic fans following the 6-0 final day win over Motherwell.

“He’s a very good coach. It wasn’t just on football, he just kind of helped people grow, as a footballer and a person. I think if you talk to a lot of the academy boys from Tottenham I think they’ll say the same thing.

“I think he’s involved with the FA now, so he’s busy. But we still speak now and again.”

Now he can call Glasgow home, sweet home as he prepares for another giant step towards football glory.