Celtic Quick News on News Now
You are at:Home»Football Matters»HOOPER TO RETURN?
By CQN Magazine on 17th August 2015 Football Matters
CELTIC are reported to have made an enquiry about bringing back Old Bhoy Gary Hooper to Parkhead on loan.
However, any proposed deal is unlikely to get off the ground unless Norwich City lower their cash demands for the striker.
The Carrow Road side are reported to want the SPFL champions to pick up all of Hooper’s £32,000-per-week wages and also pay a hefty up-front loan fee before they will consider allowing him to return to Scotland’s premier club.
Former Canaries boss Chris Hughton paid £5million for the hitman two years ago, but he has failed to impress Alex Neil since the Scot arrived from Hamilton last season.
Hooper’s first campaign in the English top flight ended in disaster with the club being relegated.
He started last year in the first team, but was used sparingly when Neil replaced Hughton in January this year.
However, the Englishman, who arrived at Parkhead in a £2.4million deal from Scunthorpe in 2010, netted 82 goals in 138 games during his three-year spell at the club.
He was an unused substitute in Norwich’s 3-1 win over Dick Advocaat’s troubled Sunderland side at the weekend.
The word is that the 27-year-old would be delighted to play again for the Hoops, but it will need a rethink by the Carrow Road management before Ronny Deila can follow up the initial interest.
Seem to remember Kris Commons mentioning last summer that it would be great to see Hooper come back. It was common knowledge on CQN that while the player regretted leaving Celtic in the first place it wasn’t really likely that he’d want to come back.
Things may have changed, who knows? Stranger things are happening… 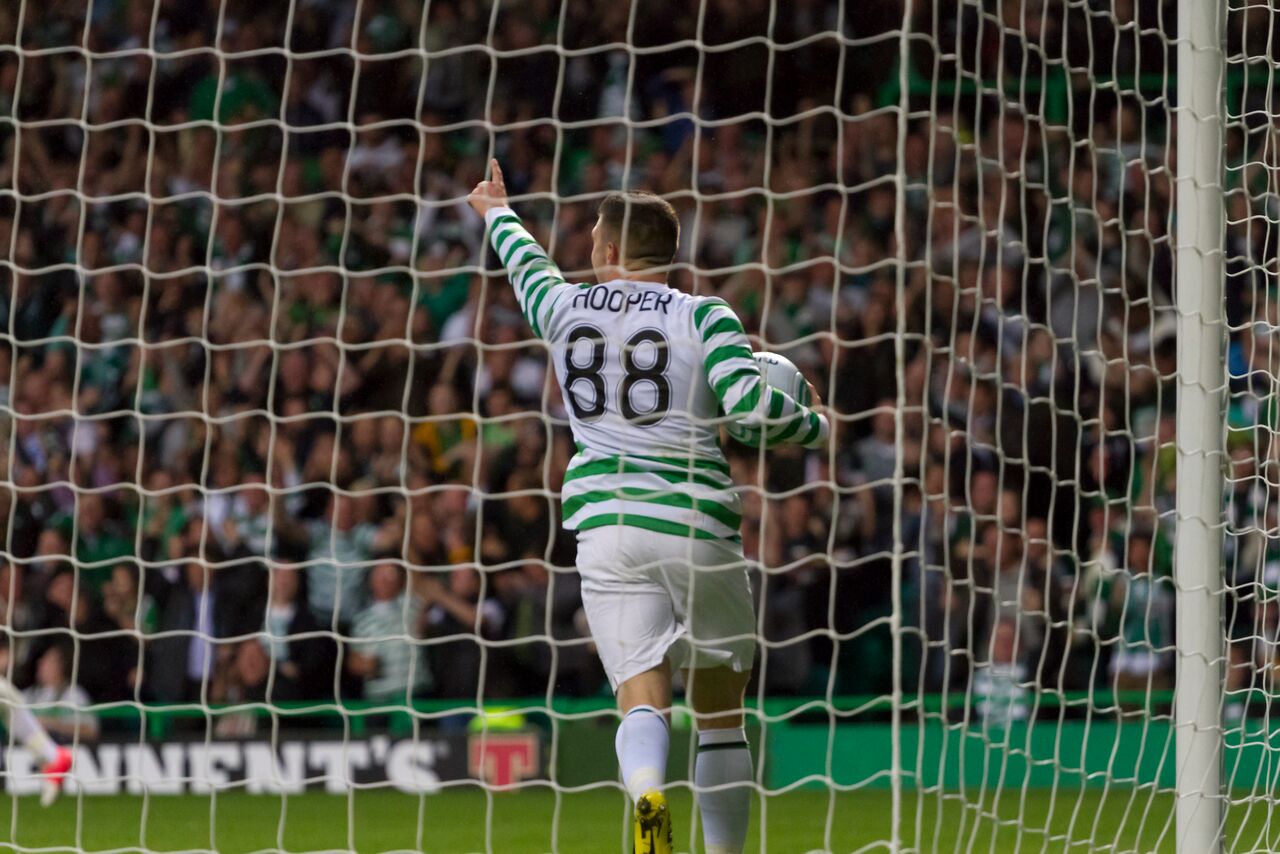