The French striker has been a striking success after making his debut at Under-21 level on Friday night when he came off the substitutes’ bench to score twice against their Albanian counterparts.

And he started the friendly against the Czech Republic at the Stade de France in Paris on Monday evening and helped himself to two more goals in his nation’s 3-1 triumph.

The impact of Edouard could make him a key player for France at the 2020 Olympics in Japan – and the 21-year-old frontman has revealed that is his aim.

His country qualified for next summer’s tournament thanks to their performance at the Euro Under-21 competition and that could be a problem for the Hoops with the dates of the tournament landing in the middle of vital European qualifiers. 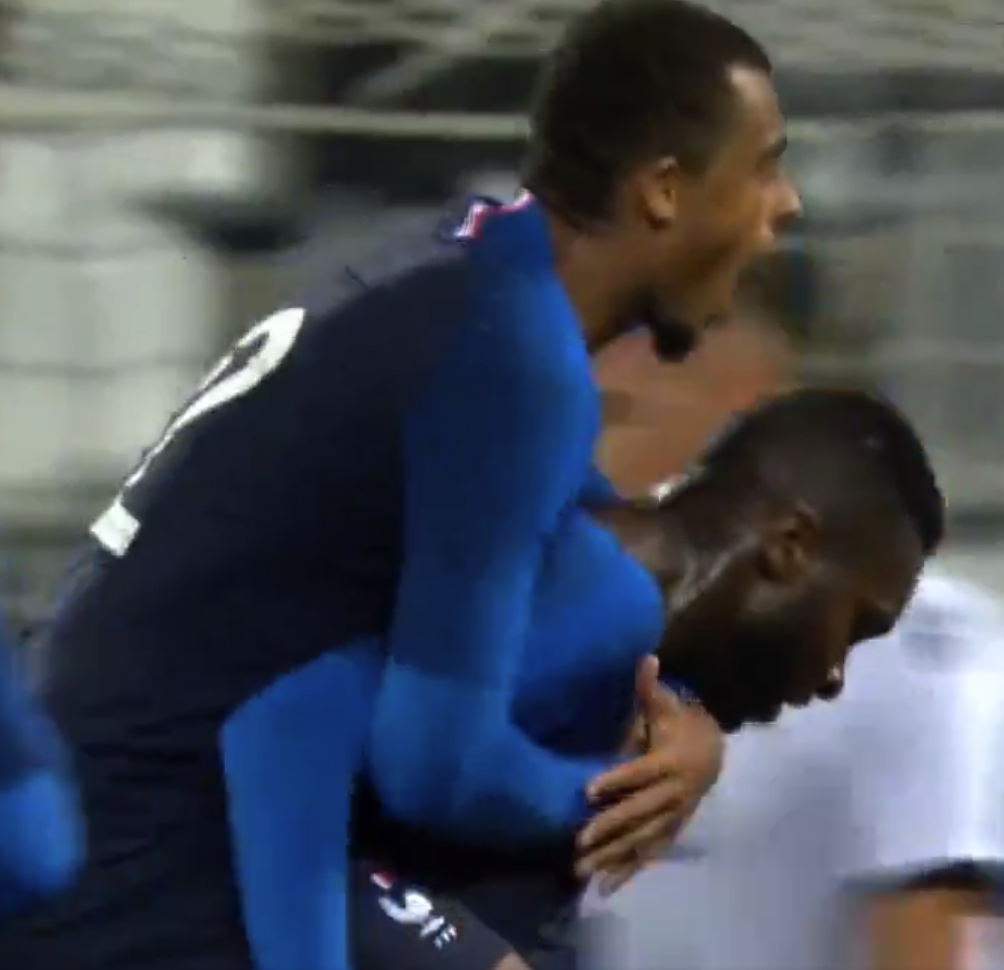 FRENCH FANCY…Odsonne Edouard is congratulated after his first goal for the France Under-21 side against Albania last week.

Neil Lennon’s side started their campaign for the Champions League on July 9 and next year the Olympics begin on July 22 and end on August 8.

With warm-up games taking place before then, it would mean Edouard, who sealed the historic treble treble with his two goals in the Scottish Cup Final win over Hearts in May, is likely to be unavailable for any of the first two rounds, while he could also miss the third if France get all the way to the Final.

The Hoops played Nomme Kalju on July 24 and 30 while the games against Cluj came on August 7 and 13.

Reflecting on his four strikes for his nation, Edouard, speaking in the Daily Record, admitted: “For me, this is a great source of satisfaction and pride.

“It is always important to score goals as an attacker. For my first two games, this can only mean good things for what’s up next.

“My aim, I’ve already had this discussion with the coach, is to play in as many matches as possible. And to have a place as a starter and a leader in the squad. 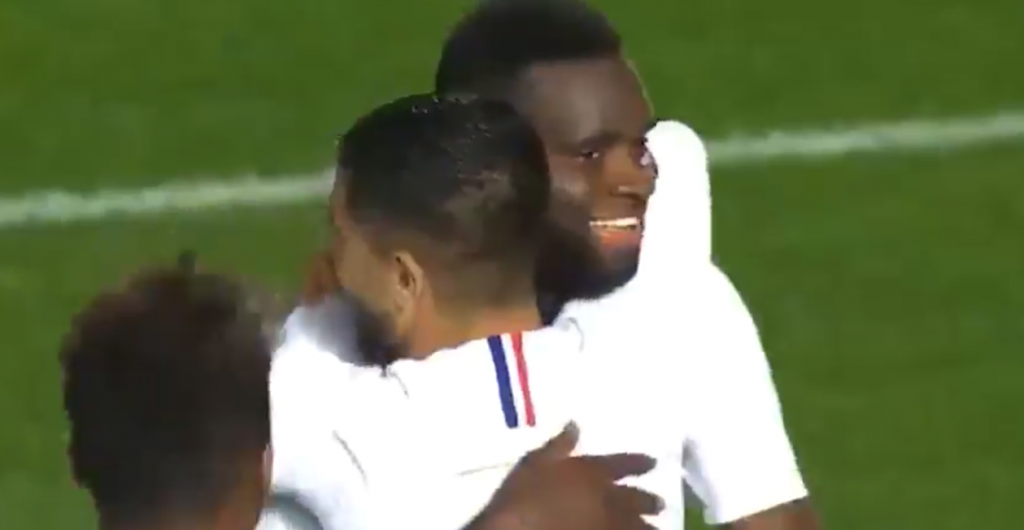 DOUBLE DELIGHT…Edouard shares his joy after one of his strikes against the Czech Republic.

“But it is up to me to prove on the pitch that I deserve that.

“I am thinking about it (the Olympic Games). However we are still far away from that. We have a season to complete. For the moment I am going to enjoy each match with the French national team to try to show my abilities.”

Edouard also ruled out leaving the champions any time soon, despite admitting that his former team Paris Saint-Germain, from whom the Hoops bought him for £9million in June, are the main club for him.

He added: “Things are working well with Celtic, but it is down to work. I give everything and that is also important on the pitch.

“PSG is the club of my heart, I still have friends of mine over there who grew up with me in the youth set-up. For the moment, it is not really in my head (to come back to PSG).

“For the moment I am playing, I am enjoying myself and we will see what happens in the future.”