THE SFA’S decision to ban Calum Butcher after his shocking challenge on David Turnbull has been backed by Ange Postecoglou.

Remarkably, the Dundee United defender escaped a straight red card for a wild and wayward tackle on the midfielder during the second-half of Celtic’s 3-0 win at Tannadice on Sunday.

Referee Don Robertson was content to flash a yellow card following a brutal studs-up encounter that some judges reckoned could have broken the Scotland international playmaker’s leg. Fortunately, Turnbull was able to play on and complete the 90-plus minutes. 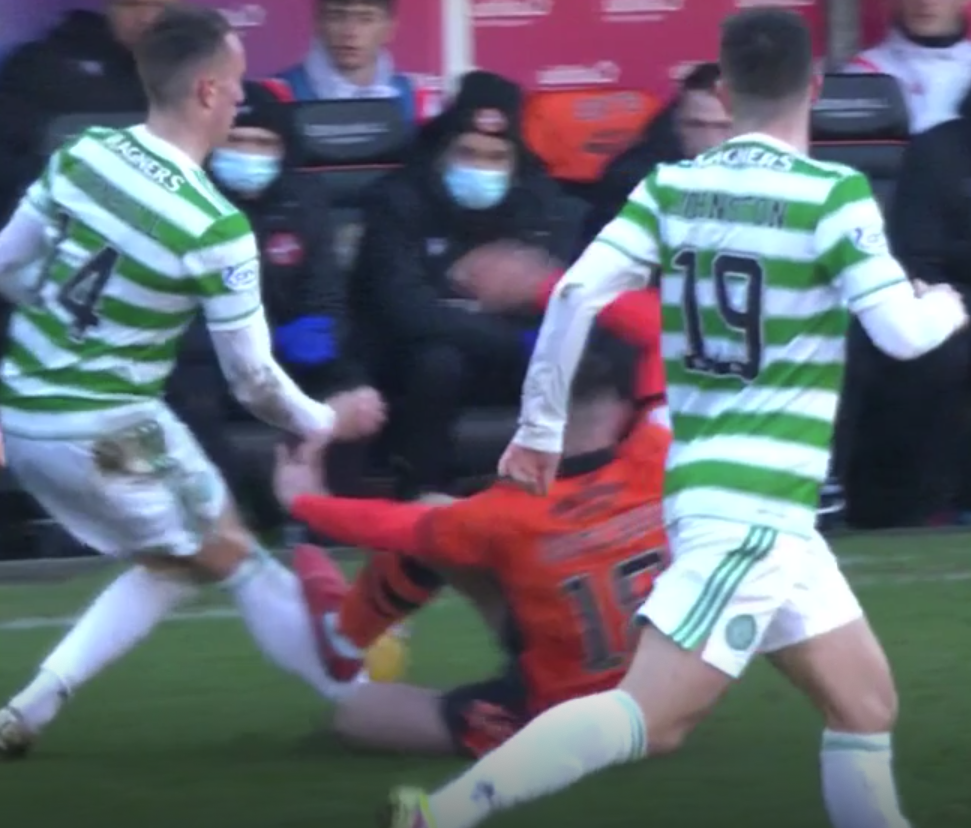 The Tannadice club have accepted a two-game suspension issued to their errant player under the basis of violent conduct.

Match official Robertson’s decision to issue a mere booking was reviewed by the SFA and three former referees were unanimous that a red card offence had been missed which triggered retrospective action from the compliance officer.

Butcher was just returning from a red card against Aberdeen last month and this latest indiscretion took him past the points threshold for a further suspension, so he will now miss his club’s next three games.

Postecoglou chose to make no comment on the tackle immediately after the game and considers the outcome demonstrates he was correct simply to trust the process. 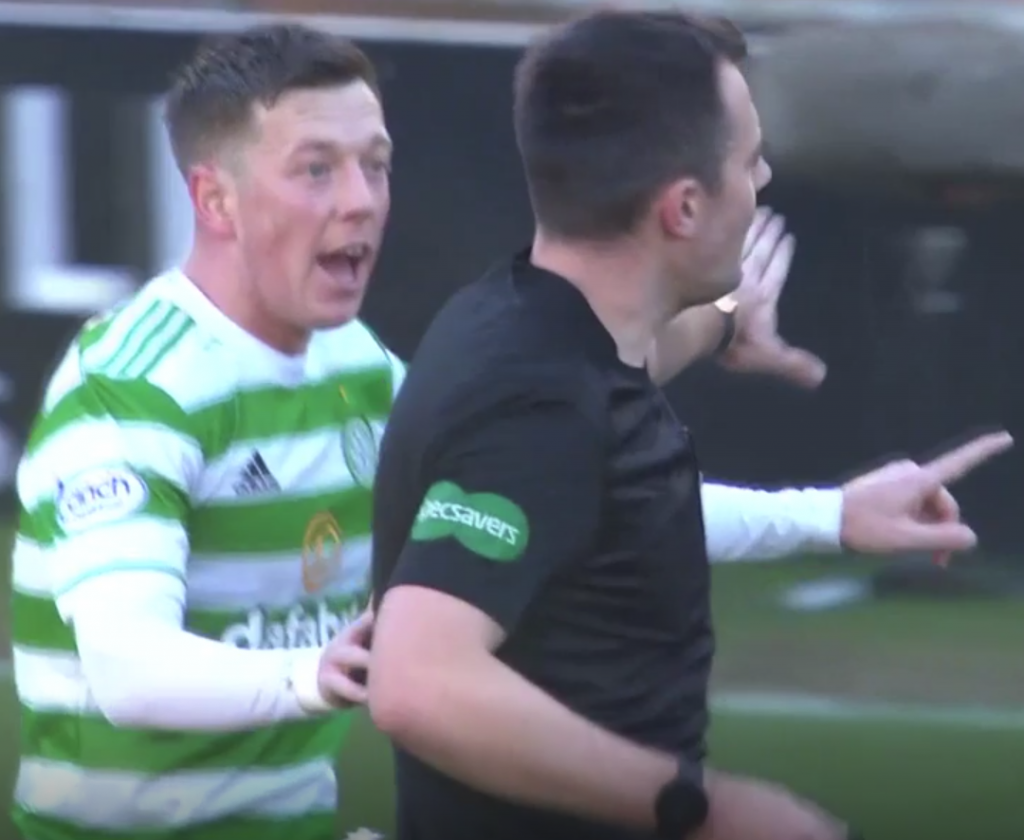 CAPTAIN’S ROLE…Callum McGregor makes a plea to ref Don Robertson who was satisfied to issue a yellow card.

The Greek-Australian gaffer, speaking to The Scotsman, , said: “It’s been addressed, which is the right thing to do. I think it’s a simple clear-cut case.

“My view on these things has always been – and you guys in the media will know this – that I don’t go in after games and highlight things.

“Things that need to get addressed are addressed – and this has been addressed. The authorities deal with them as they see fit.”

* DON’T miss the unbeatable match report from Celtic v Real Betis this evening – only in your champion CQN.