BRENDAN RODGERS has hailed the spirit and attitude of Jonny Hayes after the winger’s impressive comeback in last night’s 1-0 win over SK Vorwarts in the first game of the Austrian tour.

James Forrest’s winner 18 minutes from time capped a perfect opening night as the manager was able to give 20 outfield players some much-needed game-time.

Goalkeepers Scott Bain and Conor Hazard also got the opportunity to get rid of some of the summer rust.

Rodgers, though, was especially thrilled for Hayes, who was back after six months out with a broken leg sustained in the 2-0 win over Dundee at Dens park on Boxing Day. 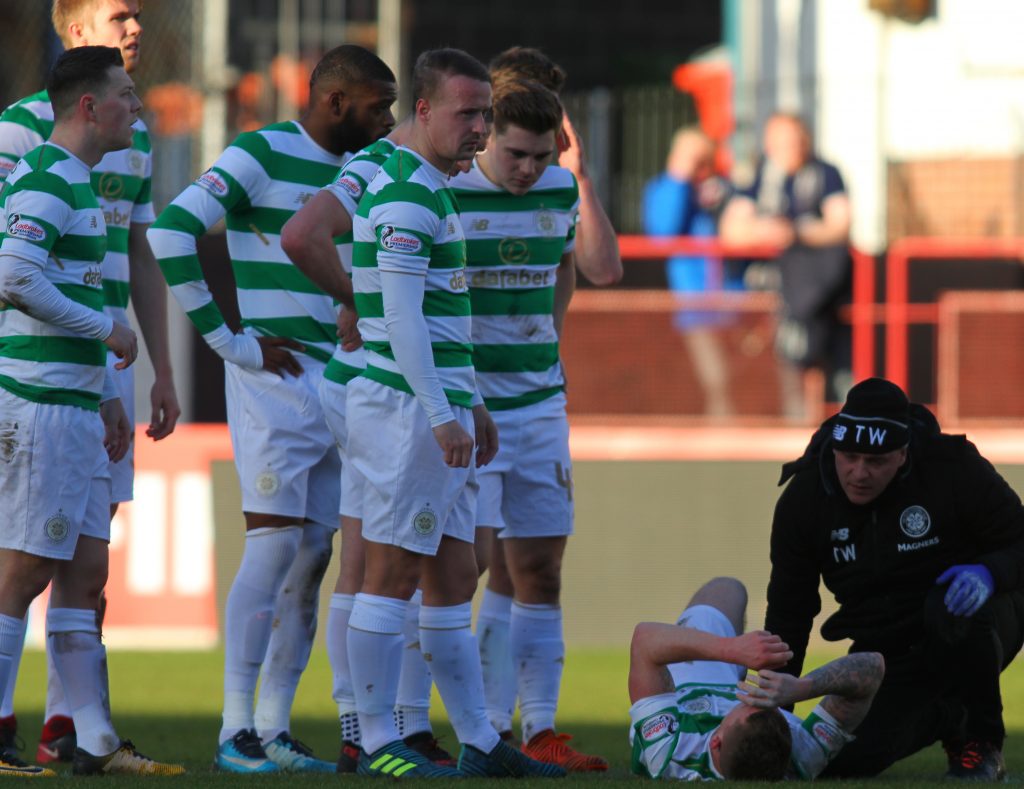 The Irishman, bought for £1.3million from Aberdeen a year ago, looked sharp during his second-half sortie and the boss was full of admiration.

He said: “It was six months to the day since Jonny had his operation.

“It is great for him and he had one tackle that would have been great for his confidence.

“There is no doubt he has put in a lot of work to get ready for things like that first tackle. You are waiting and so, when it came, it would have been a confidence booster.

“He’s such a great character in the squad, has built himself up every day, got used to the way of playing, getting fitter and getting stronger and at the time when he got injured he was hitting really good form.

“It was really unfortunate, but he’s gone away and worked tirelessly. He’s got himself back quicker than we thought he would and we were hoping.

“You saw his running ability and strength and power. He’s there and it’s still very early in the season, so it’s good.”