The Hoops stars are due to play on Kilmarnock’s artificial surface on Sunday as the champions chase their eighth successive Premiership crown.

However, they lost 2-1 on the Atroturf pitch earlier in the season and they also dropped three points in February last year when they went down 1-0 after central defenders Dedryck Boyata and Kristoffer Ajer had to be replaced early in the first-half.

Simunovic, who played in last night’s 2-0 Europa League defeat from Valencia at Parkhead, joined his Celtic team-mates and players from the eight other top-flight clubs who play their home games on grass to sign a PFA Scotland petition demanding artificial turf is outlawed.

Killie, Hamilton Accies and Livingston all have synthetic surfaces, but the Croatian centre-back insisted the players’ concerns are real and believes it will not be long before action is taken by authorities. 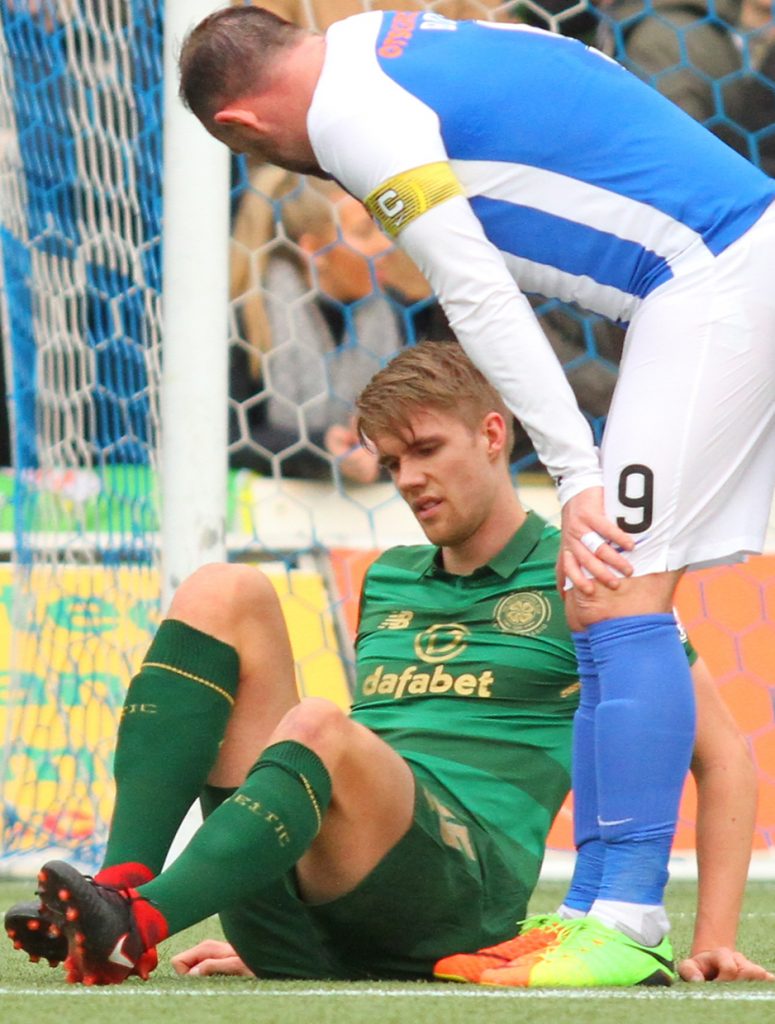 OFF…Kristoffer Ajer is grounded at Rugby Park last season before limping out of the action. Kris Boyd checks out the Celt.

He said: “I can play and I’m looking forward to the game on Sunday as we want to take all three points and continue our run.

“But I don’t enjoy playing on these pitches and it is not only me who feels this way. I think all players feel the same and, for me in professional football, they need to take them out. It’s very simple.

“I feel okay afterwards, but some other guys feel it more after a game on Astro.

“There are many players who have been hurt on this kind of pitch. When you are playing every week on normal grass then after five or six weeks you move to Astroturf, it’s a big difference.

“The people in charge of the game here care about it, for sure. They are going to take their time because it’s not just one team in the league who has an Astro pitch.

“But we believe that they want to fix it and will take care of that in the future.” 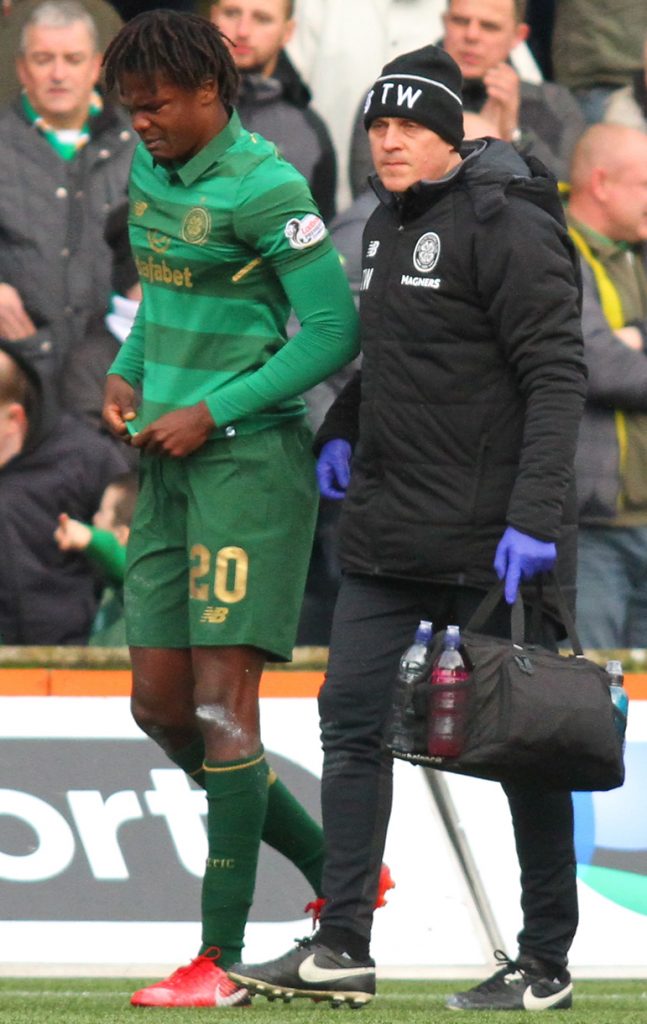 OFF…Dedryck Boyata’s Rugby Park exploits come an early end as he hirples round the touchline in last February’s 1-0 loss.

He added: “This discussion is always a big talking point in Scottish football. The players were asked about it and we want to be playing on the best surfaces.

“I think for the players’ sake we want to see a day when it’s only grass we play on. Hopefully, we can get to that stage.

“I understand the financial restrictions some clubs have, but, hopefully, we can get to a point when the boys are playing on the best surfaces.”