CELTIC have been handed a massive boost in their bid to qualify for the money-spinning Champions League group stages.

The Hoops, who have missed out mixing with Europe’s elite in the past two seasons, are determined to gatecrash the big-time this time around.

And Neil Lennon’s men received some welcome news with the announcement they WILL be seeded all the way through to the play-offs should they make it to through the three qualifying rounds.

A seeded place always looked likely, but it has now been confirmed after Basel fell away in their domestic title race.

The Swiss outfit, former club of Mohamed Elyounoussi, drew 4-4 with Lugano while lead leaders Young Boys stretched their lead to 10 points with just two games remaining. This ruled out any prospect of Basel pipping Celtic to a seeded spot in qualification, according to a report in the Glasgow Times. 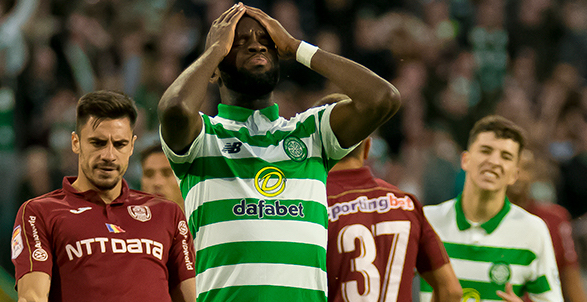 While one-legged matches will take place in the earlier rounds as a result of the coronavirus pandemic, the final play-off stage will be played over two home and away legs.

The nine-in-a-row title kings are now guaranteed to be seeded if they make it beyond the initial hurdles.

The draw for the first qualifying round will take place a fortnight on Sunday with the match to be held later in August.

If the Hoops are successful in their first-round match, the likes of Slovan Bratislava, Dundalk, FK Sarajevo and Dinamo Tbilisi could provide the opposition in qualifying round 2. Red Star Belgrade, Qarabag and Legia Warsaw could also be unseeded at the next stage.

Celtic faltered in season 2018/19 when they flopped to a 3-2 aggregate loss to AEK Athens in the final qualifier and last season Lennon’s side collapsed to a sensational 4-3 loss at home to Cluj after a 1-1 draw in Romania in the first leg.

It is imperative the champions do not step on the banana skin for the third consecutive campaign.