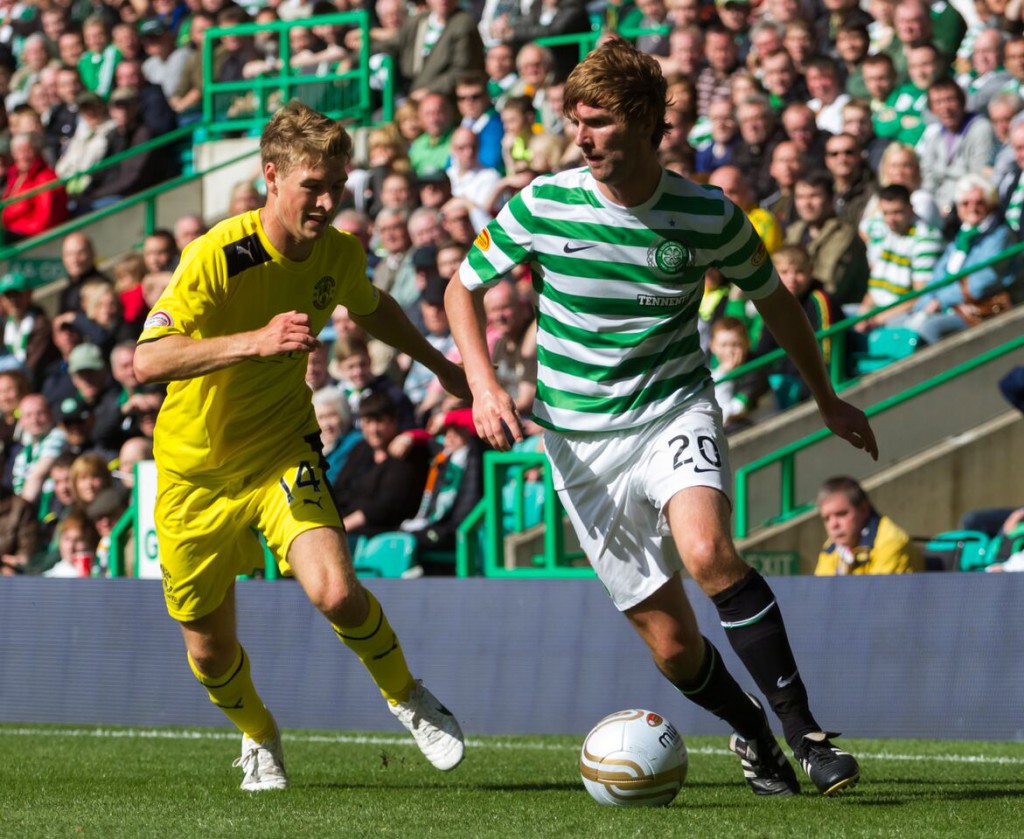 He became a fans’ favourite, despite playing a mere 66 league games and scoring only nine goals in five years before he was released to join Barnsley.
McCourt will spend the next couple of weeks taking part in Dundalk’s pre-season preparations as Stephen Kenny monitors his fitness before making a decision on a full-time contract. 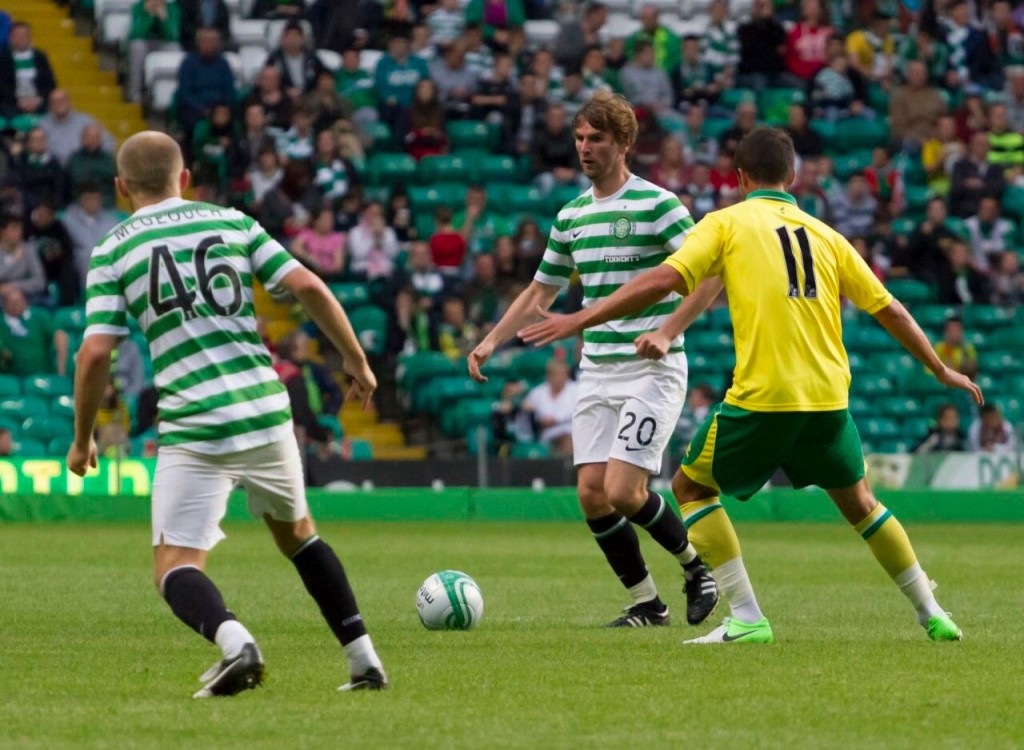 The 18-times capped international has endured a difficult year. He quit Luton Town last May when his wife Laura was diagnosed with a brain tumour – she subsequently underwent a successful operation.
He then signed a one-year contract with Northern Irish side Glenavon, but it was terminated by mutual consent before Christmas.
Kenny, the former Dunfermline manager, was McCourt’s coach during his successful spell at Derry that led to his dream move to Parkhead.
The skilful playmaker – nicknamed ‘The Derry Pele” – has also had stints at Rochdale, Brighton and Notts County.