NEIL McCANN has accused Celtic of waiting until the last minute of the transfer window before buying Dundee defender Jack Hendry.

The 22-year-old centre-back joined the champions late on Wednesday night for a fee which beat the Dens Park record of £1.2million paid by the Hoops for keeper Robert Douglas in 2000.

However the sum Celtic eventually paid, was less than McCann had demanded, and includes a windfall payment to Wigan of between 30 and 40%.

The Dens Park boss McCann described Hendry as a “good fit” for the champions, but insisted he was left with no time to bring in a suitable replacement – although he has now signed Angolan international Genseric Kusunga. 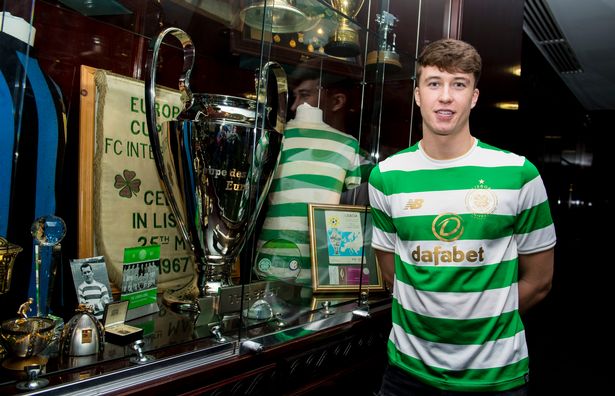 The former Scotland international winger said: “I was never ignorant to the fact that, if you are doing well and players are playing well, then big clubs come calling.

“They did. The disappointing thing for me was how late in the day Celtic left it to decide to get their business done.

“It left me with no time whatsoever to get any business done myself.

“I was desperate to keep Jack, but I was mindful that should Celtic come in with the right offer that the club can’t turn down, I have to have someone who can step in and bolster the squad.

“I wasn’t allowed to do that because I can’t sign a player at one minute to 12 because it takes a bit of time to go through and by that time these players may have other options.

“But a club record fee for Dundee is a huge amount of money and I am proud this club gave Jack the opportunity to showcase his ability.”

Media reports on transfer deadline day attempted to introduce Sevco Rangers into the bidding for Hendry. But as it involved paying hard cash that was never a serious threat to Celtic getting the player at the price they were happy to pay.