CELTIC hero Pierre Van Hooijdonk has scoffed at remarks that insist Shane Duffy may put his Republic of Ireland international career in jeopardy by moving to Celtic.

The remarkable comments were made by Gary Breen during a radio interview when the former West Ham and Wolves defender slaughtered the quality of the Premiership.

The former player, who earned 63 Irish caps, warned the Hoops’ latest signing he could pick up bad habits in Scottish football.

However, Van Hooijdonk, who remained in Holland;s squad alongside the likes of Dennis Bergkamp, Patrick Kluivert and Jimmy Floyd Hasselbaink during his days at Parkhead, shot down the theory of someone who never played north of the border in a career that also took in Gillingham, Peterborough and Barnet.

Big-mouth Breen also insisted there wasn’t a single centre-forward in Scotland who could play in the English top flight. 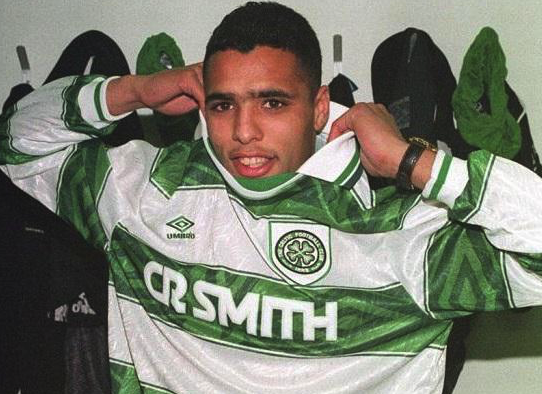 “Did Brian Laudrup or Henrik Larsson lose their place in the Danish or Swedish national team when they moved to Scotland?

“And those two players were playing for nations who were at a different level to the Irish team right now. You don’t become a sh*t player simply by moving leagues.

“When I secured my place in the Dutch national team I was at Celtic and I asked the coach, Guus Hiddink, does it matter what league I am playing in?

“He said the only thing that mattered was that I was playing well.

“It was the same when I was moving to Nottingham Forest and there was a massive chance that we were getting relegated – would that influence my chances of being part of the Dutch squad for the 1998 World Cup?

“Hiddink said if I play and do my job then he will pick me. That’s how it turned out. I was the only player in that Dutch World Cup squad who never played at the highest level.

“The main thing is you do the business. Then you will get picked. 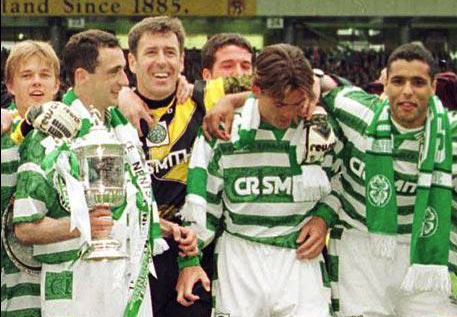 Van Hooijdonk, who scored Celtic’s Scottish Cup-winning goal against Airdrie at Hampden in May 1995, added: “Shane Duffy showed in the Premier League that he can play. I am happy to see a guy make the opposite move to what we are used to.

“You can actually look at it and say there will be a bigger focus on him because he will not be under pressure as often as he was at Brighton.

“He can’t afford to make mistakes. Especially in this season for Celtic.

“He is 28, he knows how to defend and is what I would call football mature.”

Duffy, who has agreed a season-long move at his boyhood idols, scored with a thumping header on his debut in the 5-0 hammering of Ross County at the weekend.

He will be in action again tomorrow night when the nine-in-a-row champions travel to Paisley to face St Mirren in the Premiership encounter that was cancelled last month due to Boli Bolingoli’s secret trip to Spain and the subsequent revelation he had ignore quarantine rules upon his return.