Celtic Quick News on News Now
You are at:Home»Latest News»HOOPS HOPE TO DEAL IN HAYES
By CQN Magazine on 21st December 2019 Latest News

JONNY HAYES is involved in talks over a contract extension at Celtic.

The versatile Republic of Ireland international, who will miss the visit of Aberdeen today with a recurrence of his shoulder injury, has been filling in at left-back this season.

Thirty-two-year-old Hayes’ deal expires in June and English Championship sides have been linked with the ex-Dons star, but Neil Lennon hopes to keep the player at the champions.

The Hoops boss, speaking to the Evening Times, said: “Hayes has been great for me, whatever position he’s asked to play in.

“He’s played in a lot of big, high-pressure games and he’s been one of the better players in some of them.

“He can be under-rated and goes under the radar at times, but he does a fine job and his fitness levels are incredible – he brings pace and power to the team, which we like. 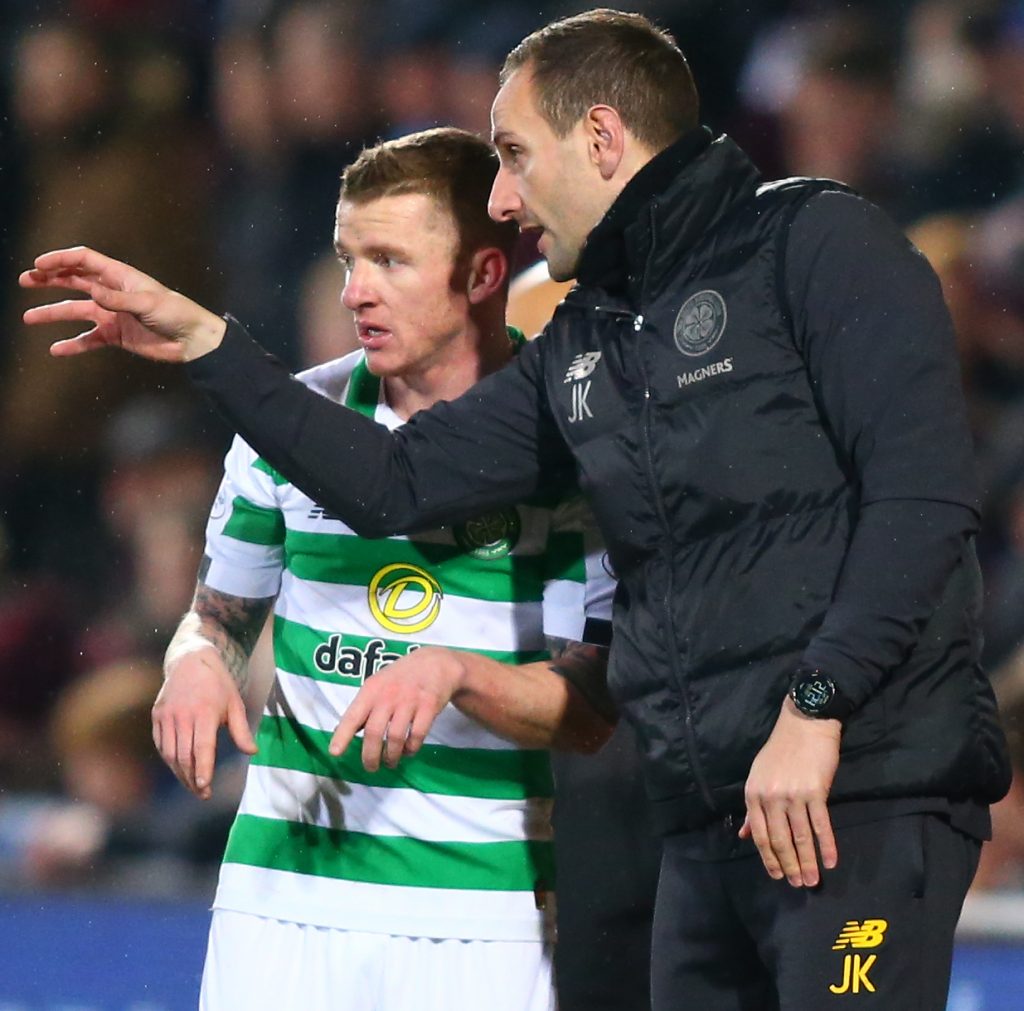 MAKING A POINT…Jonny Hayes gets some tactical advice from John Kennedy during the win over Hearts.

“Offering him a new contract is something we’re looking at and we’ve held tentative talks with his representatives. He’s one I’d definitely like to hold on to.

“He brings certain qualities to us; he’s direct, he’s quick and he delivers an end product with his crosses.

“He didn’t come here as a left-back, but he’s played against Rangers, in Cup semi-finals and in Rome and was excellent. He does a really good job for me and in any physical examinations we have, he’s right up there at the top.”

Hayes played the entire 90 minutes of the 2-0 midweek win over Hearts at Tynecastle, despite injury his shoulder in the first-half.

Boli Bolingoli, bought for £3million from Rapid Vienna in the summer, will come in against Derek McInnes’ Pittodrie outfit with Greg Taylor likely to be on the substitutes’ bench.