JAMES FORREST is fighting to be fit as he aims for a FOURTH crucial goal in a League Cup Final.

The Celtic winger has been named in Ange Postecoglou’s squad for this afternoon’s Premier Sports League Cup silverware showdown against Hibs at Hampden.

However, Forrest, who snapped up the winner in last month’s semi-final against holders St Johnstone only minutes after being introduced to the action in the second-half, is rated extremely doubtful with an ankle injury. 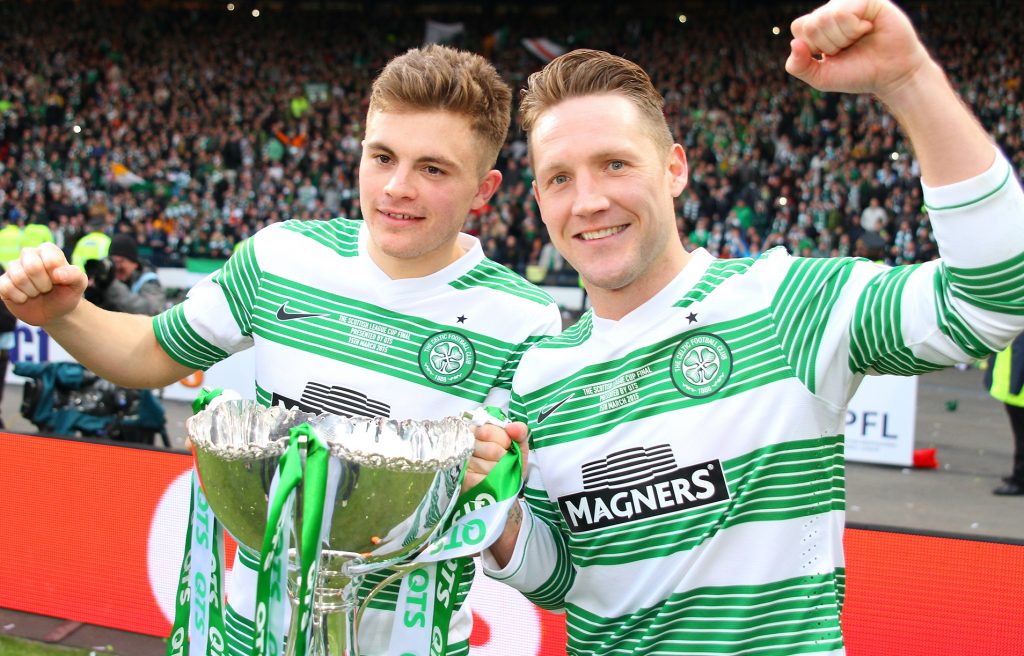 If he fails to overcome the problem, the Hoops will miss the big-game touch often provided by the 30-year-old much-decorated Scotland international star.

Forrest kicked off his scoring sequence when he netted in Ronny Deila’s side’s 2-0 victory over Dundee United on March 15 in 2015.

A year later, with Brendan Rodgers succeeding the Norwegian in the Parkhead hot seat, the Academy graduate was among the goals as Aberdeen were thumped 3-0. Tom Rogic slid in an angle opener before Forrest left Joe Lewis helpless as he doubled the team’s advantage.

Moussa Dembele nonchalantly rolled in the third with the trophy already heading for the east end of Glasgow.

VICTOR AND VANQUISHED…James Forrest leaves the Aberdeen defenders flattened as he scores No.2 in the 3-0 victory in 2016. 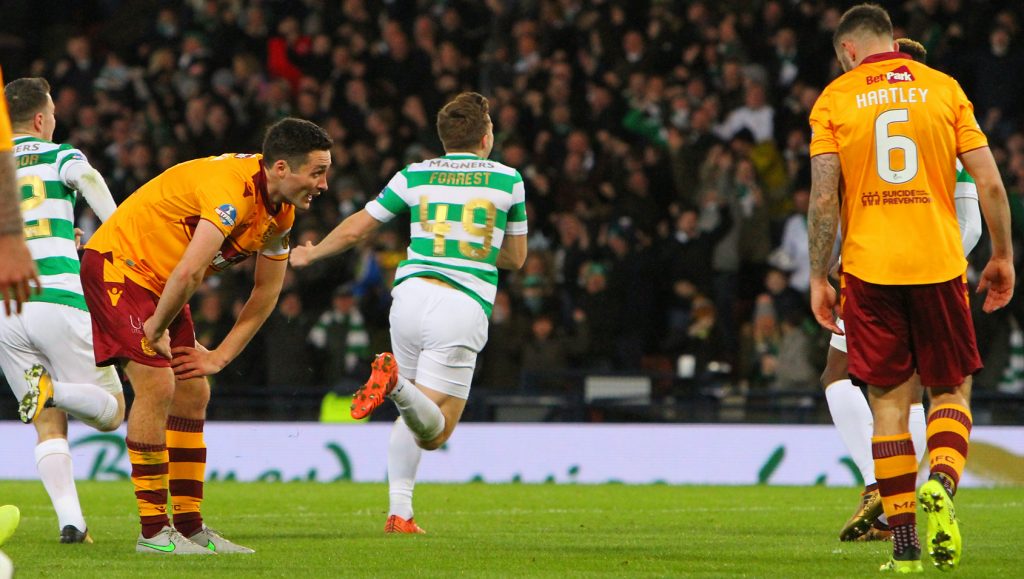 HOOPY DAYS…James Forrest races away as he leaves the Well defenders dismayed with the opener in the 2-0 triumph in 2017.

In 2017, Forrest was the man who came up with the key to unlock a stubborn Motherwell rearguard when he tricked and teased his way into a great position on the edge of the box before arcing a cunning effort wide of Trevor Carson.

French ace Dembele made certain of victory when he fired in another spot-kick after Scott Sinclair had been toppled in the box.

Forrest played his part in the successive victories in the competition’s Finals when Ryan Christie got the only goal against the Dons in December 2018 – Rodgers’ seventh and last trophy as manager – and a year later it was Christopher Jullien who claimed the solitary strike against Steven Gerrard’s Ibrox club.

Celtic’s phenomenal run in the domestic Cups came to an an inexplicable halt when they collapsed to a 2-0 loss to Ross County in Glasgow in November last year.

The Hoops – and a fully-fit Forrest – aim to get quickly back on track against the Easter Road men today.