TWO Celtic starlets, Lee O’Connor and Scott Robertson, have been allowed to leave Parkhead in loan deals to English clubs.

He will team up against with young Hoops keeper Ross Doohan who already made the switch to Micky Mellon’s club last month on an identical deal. 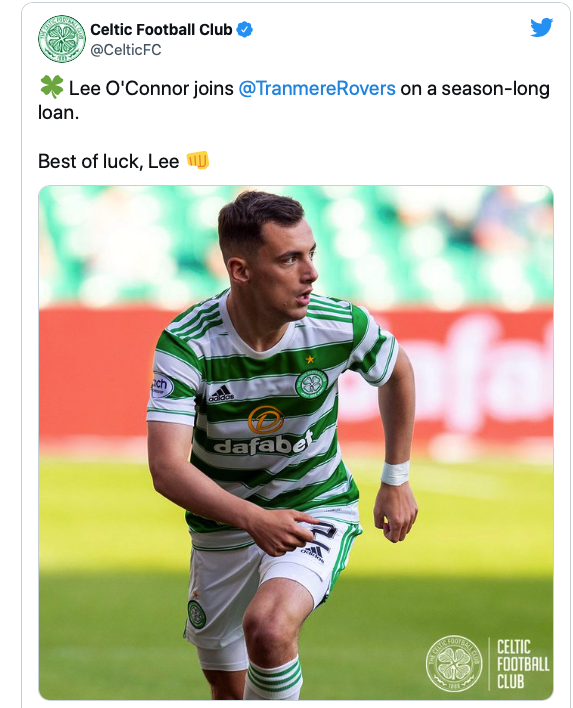 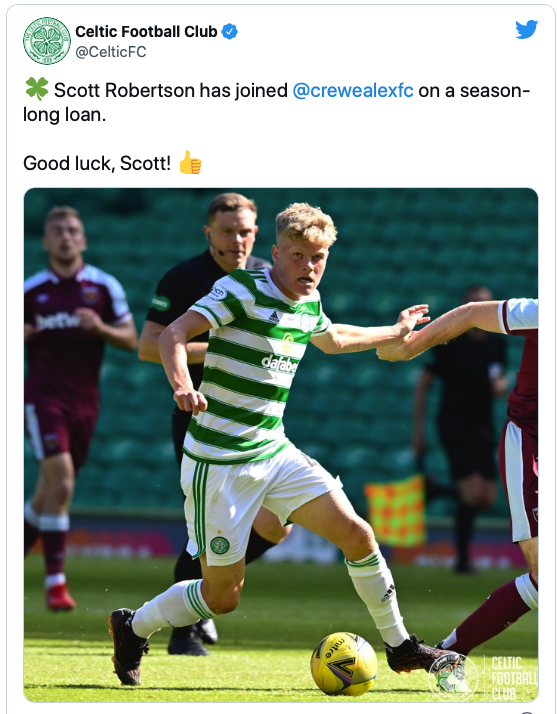 The 21-year-old Northern Ireland international right-back joined up at Parkhead on the same evening as Jeremie Frimpong, but didn’t quite make the immediate impact of the flying Dutchman who left Parkhead in January in a £11.5million switch to Champion League opponents Bayer Leverkusen.

O’Connor also had a stint at Partick Thistle, but is now returning to Rovers to regenerate his career with Ange Postecoglou bringing in £2.6million Croata international Josip Juranovic to challenge Anthony Ralston for the No.2 spot.

Twenty-year-old midfielder Robertson has agreed a season-long contract at League One Crewe and has experience of football at this level after spells with Gillingham and Doncaster Rovers.