CELTIC double-act Adam Montgomery and Stephen Welsh were in the Scotland Under-21 side that lost 1-0 in a Euro 2023 meeting with Denmark at Tynecastle last night.

A slip by Manchester City keeper Cieran Slicket presented the top-seeded visitors with the only goal of the game in the 13th minute.

Welsh played in his usual central defensive role for the entire game, but Montgomery, who was utilised in a more attack-minded left-wing role, was substituted before the hour mark.

The Scots never recovered in their second qualifying game, after last month’s opening draw in Turkey. It was a disappointing result with games at Tannadice to come in November against Kazakhstan and Belgium. 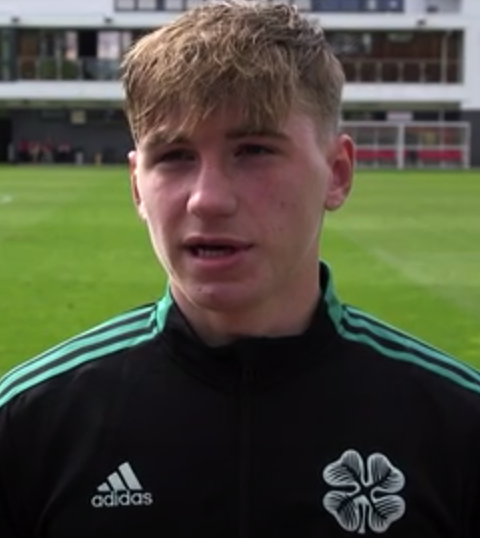 Head coach Scot Gemmill said: “We are disappointed to lose, but I try to speak to the players about the positives.

“I felt it was a positive performance. There have been times in the past when a Pot One team will completely dictate the game to us.

“I didn’t feel that was the case. There were moments when they did and our players had to show resilience and intelligence.”

Gemmill, speaking to the Scottish Sun, added: “But the goal we lost was disappointing. Something I demand from the team is defending throw-ins.

“We are normally very good at shutting it down, but it got switched and seven or eight seconds again the ball was in the back of our net.

“That is the level we are playing against and if you don’t do your job the ball will end up in the back of your net. It’s a steep learning curve.”

Welsh kicked off the season in the Hoops first team, but has stepped aside in recent games with Ange Postecoglou attempting to give Cameron Carter-Vickers and Carl Starfelt the opportunity to develop a partnership in front of Joe Hart.

Montgomery has made the top-side breakthrough in recent weeks and set up the winning goal for Filipe Jota against Aberdeen at Pittodrie on Sunday.