MARTIN O’NEILL has hailed Ange Postecoglou for sticking to his beliefs.

The Celtic legend applauded the Greek-Australian gaffer for an “excellent” job at his old club since his June arrival.

The Hoops had targeted former Bournemouth boss Eddie Howe as Neil Lennon’s long-term successor, but when talks stretched into three months, Peter Lawwell, who was stepping down as chief executive on June 30 after 18 years in charge, made the move for Postecoglou, at that time the Yokohama F Marinos boss.

The deal was agreed almost three weeks before Lawwell left his role and the manager is now being lauded after a stuttering start to his career at Parkhead.

His side sit three points clear at the top of the Premiership having won eight successive league encounters with 11 games to play while the Premier Sports League Cup was won in December after the Hoops came back from a goal adrift to beat Hibs 2-1 with a second-half double from Kyogo Furuhashi. 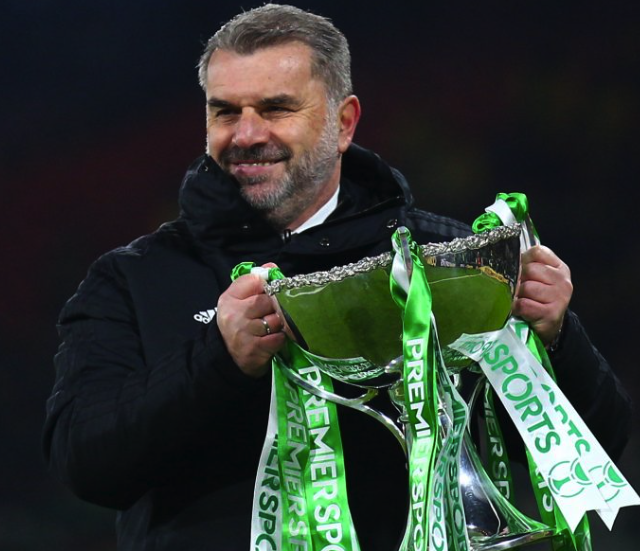 Ironically, the winner at Hampden is the Japanese forward’s last strike for the club and he has yet to kick a ball in the first team in 2022 after limping off with a hamstring problem in the 3-1 win over St Johnstone at McDiarmid Park on Boxing Day.

Even without the talismanic frontman, the team have continued to stack up the league points in their quest for a tenth championship in 11 years.

O’Neill, who presided over a domestic clean sweep in his debut season as boss in 2000/01, enthused: “Very good indeed, excellent. From a stodgy start, domestically it’s been really good.

“Looking in from a distance, it seemed a big rebuild was required. It was important that some of the good players stayed on, like Callum McGregor, and some of the players he has brought in have done wonderfully well.

“Sticking to your beliefs as a manager is important. That’s where Ange gains a great deal of respect for me because he stuck with it and believed in it.” 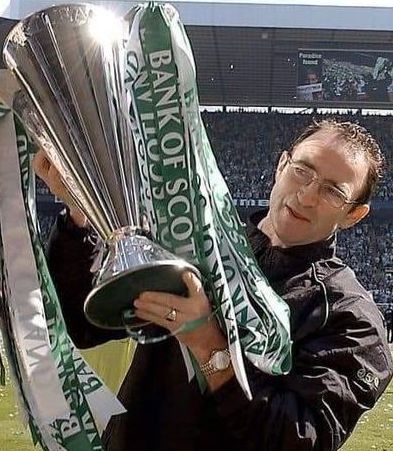 The Northern Irishman, speaking in a report in the Daily Record, added: “At the start, when results weren’t really there, you start to think maybe he needs to go with a different emphasis or a change of direction, but, no, he stuck to his beliefs and it’s bearing fruit domestically.

“It can be very difficult to do that when results are not going so well, so well done to Ange.

“It was a big win for Celtic on Sunday after Rangers couldn’t get the win against Dundee United.

“There’s a long way to go yet, but they’ve got the three-point lead and the better goal difference. I’m quite sure Rangers will not give it up easily.

“Having done so brilliantly against Dortmund, they will still feel as if they’ve got a real chance.”

Postecoglou is now preparing his players as they attempt to overcome a 3-1 home loss against Bodo/Glimt for the return leg in Norway on Thursday.

Then he will concentrate on the business of picking up crucial points in the High Noon showdown with Shaun Maloney’s Hibs at Easter Road on Sunday.