Celtic Quick News on News Now
You are at:Home»Latest News»HOOPS MISFIT ON MOVE
By CQN Magazine on 26th May 2020 Latest News

The Ivorian, who made just seven Premiership starts in three years following his arrival from Russian side Krasnodar, was originally seen as a long-term replacement for skipper Scott Brown.

However, Kouassi, with just 22 appearances and without a solitary goal in all competitions, failed to make an impact during his rare first-team outings.

The 22-year-old failed to get the nod from Neil Lennon after the Irishman’s return in February last year and was allowed to join the Belgian team on loan in January. 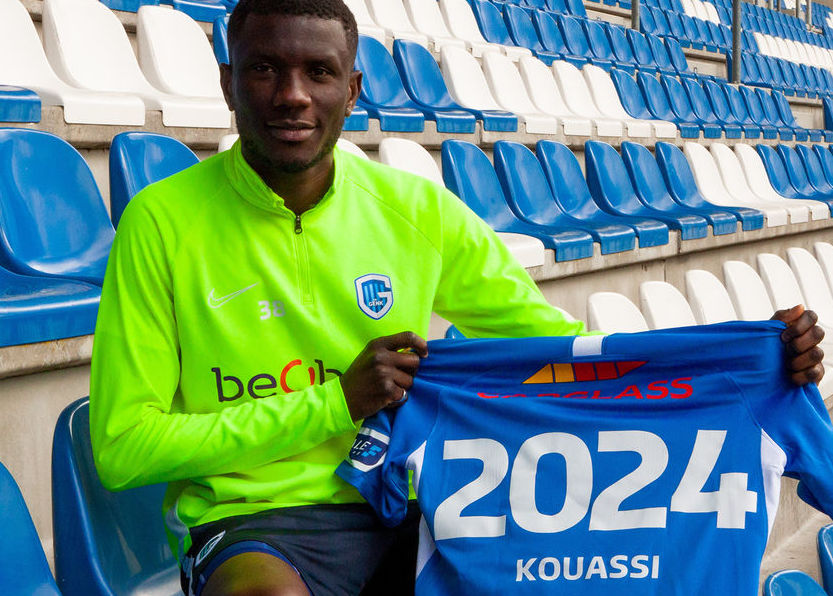 A NEW START…Eboue Kouassi at Belgian side Genk.

“The Ivorian midfielder is taken outright from Celtic. Kouassi is now signed up until 2024.

“Due to a minor injury and the corona crisis, he has only played in four games so far, but Kouassi was in the starting XI for three games and completed the 90 minutes in the last two.

“He was able to convince everyone at the club of his qualities.”

Kouassi’s last outing for the Hoops was the 3-0 Betfred League Cup semi-final win over Hearts at Murrayfield in October 2018 when he suffered an injury and limped out of the action never to reappear.