BRENDAN RODGERS has repeated yet again his focus is totally on Celtic after reports linked him with the Leicester City manager’s job.

The post is now vacant following the dismissal of Claude Puel after the Midlands outfit’s embarrassing 4-1 home defeat from Crystal Palace yesterday.

It was the side’s fourth successive loss and the Frenchman was axed only 16 months after taking charge at the King Power Stadium.

Rodgers was installed as the bookies’ favourite to take the post, but the Hoops gaffer emphasised he was concentrating on the job at hand after this afternoon’s 4-1 win over Motherwell maintained the side’s eight-point advantage at the top of the Premiership. 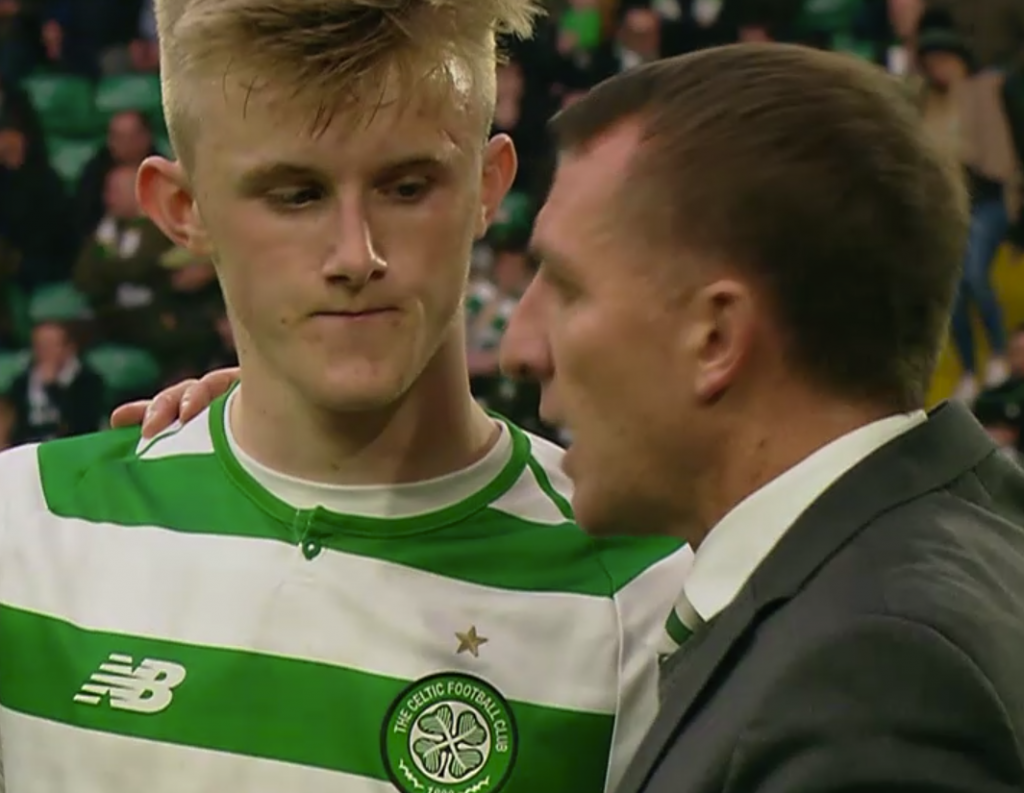 THAT’S MY BHOY…Brendan Rodgers has a word with the impressive Ewan Henderson during the 4-1 win over Motherwell.

The Irishman, who took Liverpool to the brink of the Premier League title in 2014, said: “In my two and a half years here there has always been speculation around various jobs that have come up.

“I just think it’s the nature of it. My focus was very much on the team today and the players. They were absolutely brilliant and that has been my only focus, really.”

Rodgers will now switch his attention to the crucial match against Hearts on Wednesday at Tynecastle, a venue where they surrendered three points in a 1-0 loss earlier in the campaign.

And the Parkhead team, with their eyes on an unprecedented treble treble, are back in Edinburgh on Saturday evening when they take on Hibs in the Scottish Cup quarter-final.