BRENDAN RODGERS is ready to unleash his lethal twin Fench threat on opponents in the new campaign.

The Celtic boss has been working on alternating the champions’ playing pattern and Moussa Dembele and Odsonne Edouard could be utilised as a double-act to spearhead the attack.

In most games since taking over at Parkhead in May 2016, the Irishman has favoured a lone striker, but he went with two in the 3-0 Champions League qualifying victory over Alashkert in Armenia earlier this week.

Rodgers said: “Odsonne and Moussa have played together before in a different sort of structure in the team. There’s a respect there for each other’s talents. 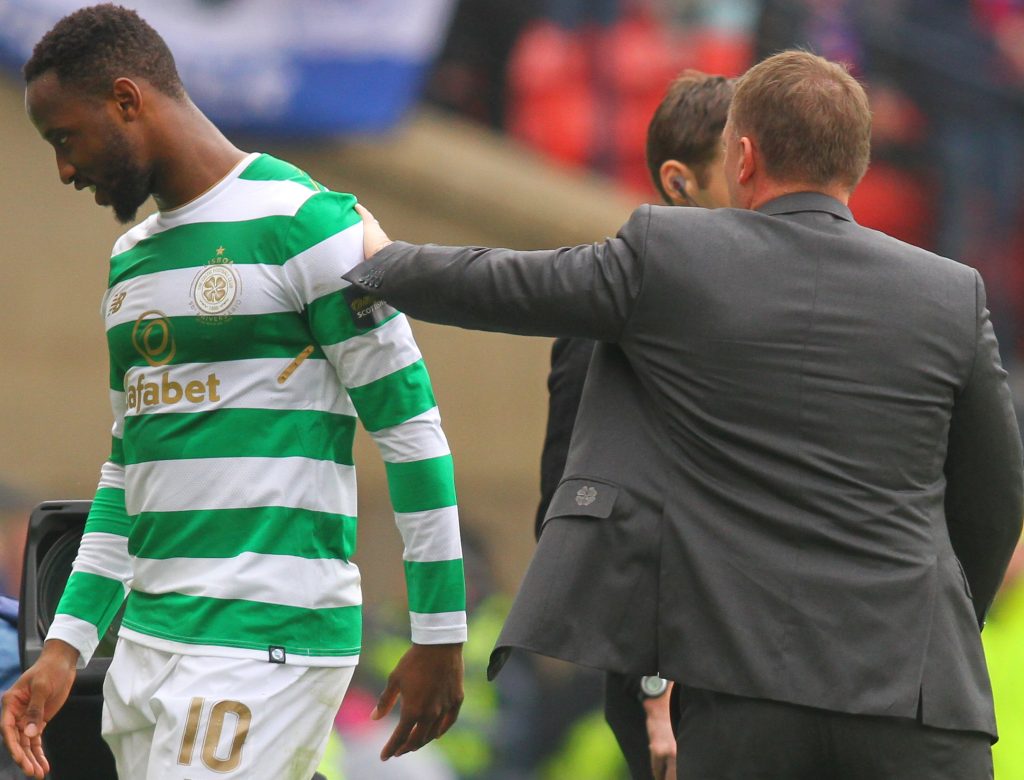 THAT’S MY BHOY…Brendan Rodgers gives Moussa Dembele a pat on the back.

“They are quite synchronised in how they work at times. Odsonne can play off the left side a little bit as well, but they looked a real handful and threat.

“This is a period where we’re looking at various things within our tactics that can help us going forward and in the games they’ve played alongside each other they’ve looked everything you would want – fast, strong, dynamic and quality.”

Edouard netted the Hoops’ first competitive goal of the season when he thundered in a vicious first-time effort in first-half stoppage time aginst the Armenians.

The £9million new Bhoy from Paris Saint-Germain and Dembele looked sharp throughout until Rodgers replaced them late in the second-half.

Looks like double trouble ahead for rivals as the Celtic gaffer eyes a treble treble!