KILMARNOCK, this afternoon’s opponents at Parkhead, have confirmed Celtic will have their Rugby Park ticket allocation slashed next season.

Travelling Hoops fans have usually been housed in the Chadwick and Moffat Stands for their trips for games against the Ayrshire outfit.

But Killie have now announced that the Moffat Stand will be given back to home fans next term.

It means the number of away supporters will drop from approximately 8,000 to 4,000.

A club statement said: “Improving the matchday experience is key to our efforts to make Killie home games a more enjoyable experience for all and so we have decided that the Family Section in the Moffat Stand will cover all home matches, including games against Celtic and Rangers.”

Chairman Billy Bowie, in an interview with the Daily Record, said: “We have spoken to our own supporters about it and there is a feeling that they are intimidated when the Old Firm sides come to Rugby Park. 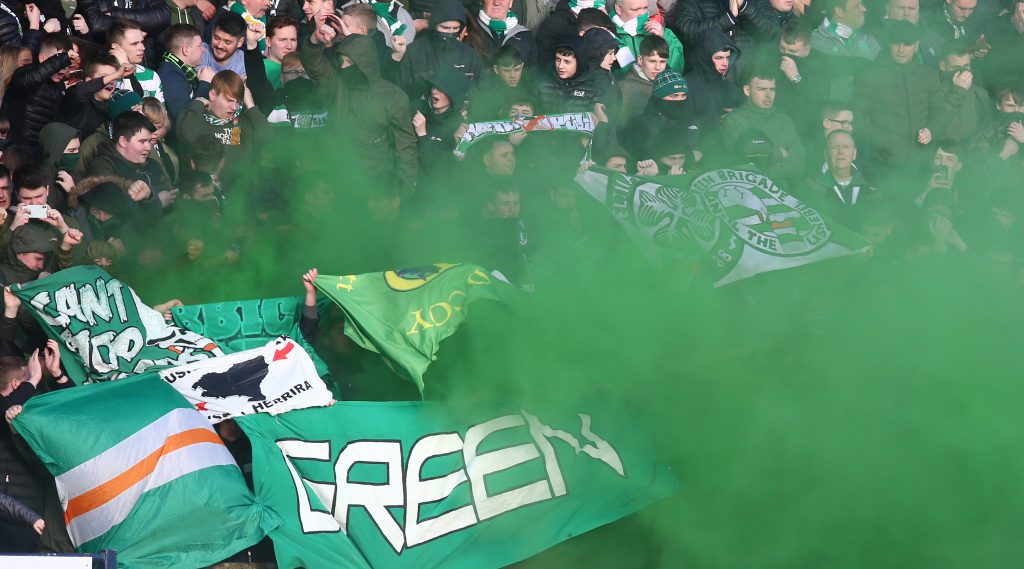 “So we have decided what we want to do is create an environment for them on match days where they feel absolutely safe.

“We want them to feel comfortable bringing their families to any Kilmarnock game and that has not always been the case.”

There were claims Celtic fans came onto the pitch as they celebrated Scott Brown’s dramatic 90th-minute winner at Rugby Park in February.

The Hoops skipper copped a second yellow card and a sending-off as he raced behind the goal, but there is no evidence of any travelling supporter actually on the field of play at the incident.

CQN has examined pictorial evidence that shows supporters joining in the joy of a late strike on the touchline, but there is no trace of a fan actually on the pitch.