Celtic Quick News on News Now
You are at:Home»Lions & Legends»‘HOW JOCK BEAT OFF BARCELONA,’ GEMMELL
By CQN Magazine on 5th October 2016 Lions & Legends
“WITHOUT warning, Big Jock dropped me from the line-up for the League Cup Final against St.Johnstone back in 1969. My crime? I had been ordered off playing for Scotland in West Germany in midweek and Celtic always frowned on anyone getting into trouble with authority, especially, I believe, while representing their country. I’ll never know if it was Jock who made the decision or it came from higher up, but I was raging at how I discovered I wasn’t playing. 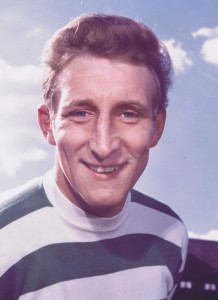 “I had been outside Hampden Park that day passing on tickets and chatting to some friends. As it got closer to the kick-off time at 3pm, I decided it would be a good idea to go up and get changed into my playing gear. I headed for the dressing room, but was stopped at the door by Jim Kennedy, the club’s former left-back and now a general handyman. He gave me two tickets for the stand. “What are these for, Jim?” I asked. “You’re not playing today,” he answered and I could hardly believe my ears.
“No-one had bothered to tell me. We had travelled up from Troon and Big Jock must have known his team, but didn’t say a word. A young Davie Hay, nowadays a very good friend, took my place at left-back and I was left totally embarrassed. I believe my team-mates were, too. There must be a better way of letting someone know they are not in the line-up.
“Celtic won 1-0 with an early goal from my wee pal Bertie Auld, but I was out of Hampden and off home before the celebrations began. The following day I marched into Celtic Park to have a meeting with Big Jock. I was still very unhappy and, after saying my piece, I slapped in a transfer request. “If you’re sure that’s what you want, Tommy,” said Jock. “I’m sure,” I replied.
“Do you know I was on that transfer list for two years! Every now and again I would pop my head round the door of Big Jock’s office and ask: “Any offers, boss?” He would hardly look up as he shuffled papers around: “Nope, no-one’s come in for you. I’ll keep you informed.” 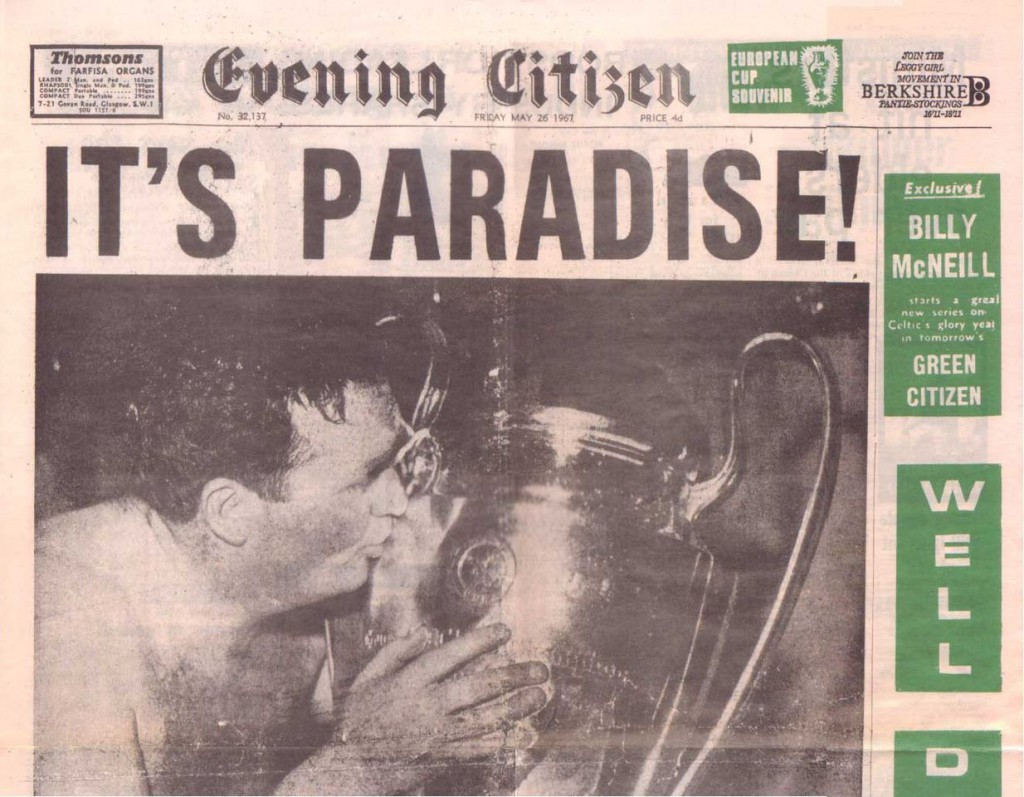 “Listen, I knew for a fact Barcelona were more than interested. They were managed by an Englishman called Vic Buckingham back then and a newspaper contact told me he wanted me for the Spanish side. I couldn’t march in and tell Jock I knew of Barcelona’s interest as that would have smacked of me being tapped by them, which was highly illegal, of course, and that would have created all sort of ructions. So, I had to play dumb.
“”Anyone interested, boss?” “Nope, no-one’s come in for you. I’ll keep you informed.” It became a weekly routine and there was nothing I could do about it. Back then, there were no Bosman deals and the club held onto your registration. They had all the aces. Changed days now, though.
“I learned an awful lot from Big Jock. He made me the player I had become. I know he gave me a lot of credit for the way I developed and how hard I worked in training, but his encouragement was immense. I will always appreciate what he did for me. If only he had played me that day against St.Johnstone!”
*The legend of Jock Stein…read HERE.
*McNeill Talking Stein…read HERE.
*Stein’s  fairly ferocious temperament…read HERE.
* Tommy Gemmell was speaking to Alex Gordon in 2007 for his best-selling book ‘Lisbons Lions: The 40th Anniversary’ – Alex’s new book ‘That Season in Paradise – Ten Months of Celtic Heaven’ is out now on CQN Books and is available from Celtic Stores and online from www.cqnbookstore.com
Co-incidentally Alex was also visiting Tommy today, as he recovers from his recent fall and subsequent hip operation.