The Scotland boss surprised many by leaving Leigh Griffiths on the substitutes’ bench and giving the nod to Hearts’ on-loan striker Steven Naismith.

It was a gamble that paid off with the Norwich City man involved in both goals in the 2-0 breakthrough triumph.

Here’s how CQN rated the Hoops stars on parade in a must-win international after three successive losses in friendlies against Peru, Mexico and Belgium. 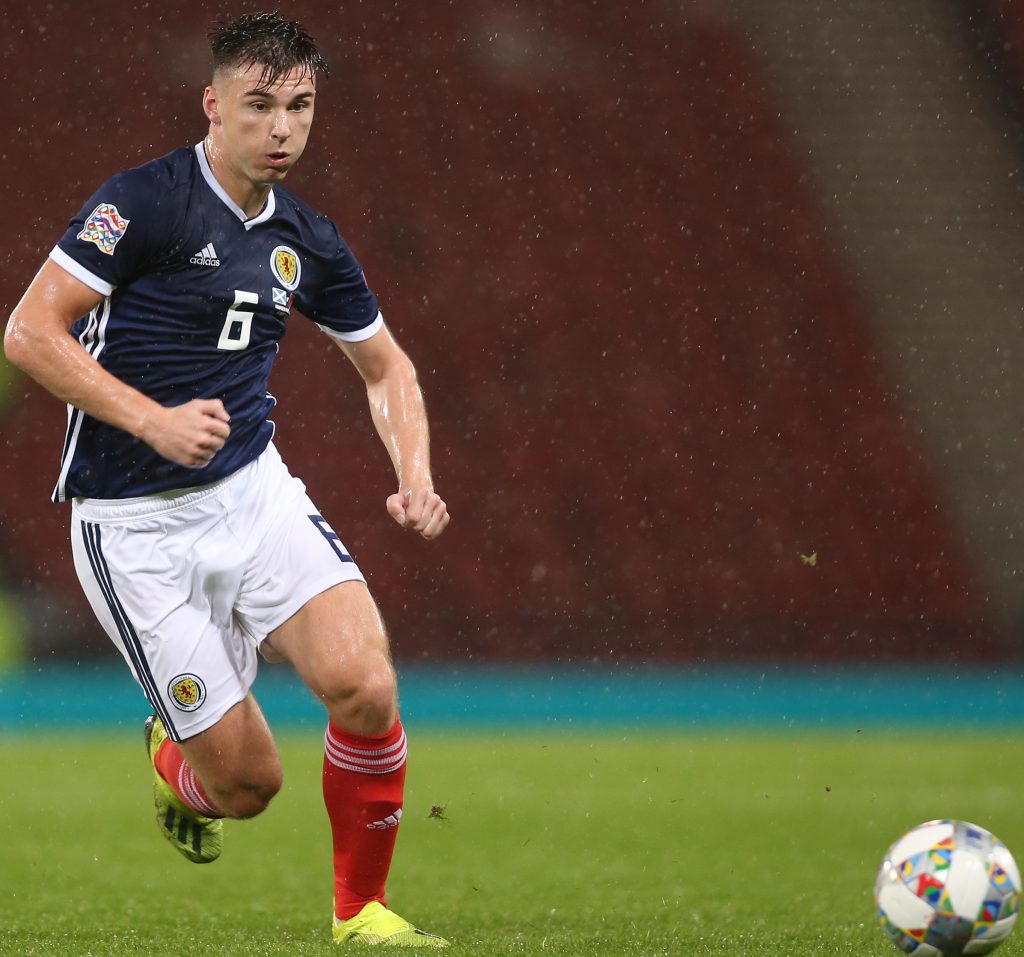 FIRST-RATE KT…Celtic defender was always in the thick of the action.

Was given more freedom against the Albanians than he enjoyed on Friday night when the Scots’ back three were under constant pressure from the Belgian front three who hemmed them in for most of the evening.

The left-back, playing slightly out of position in a more central role, linked well with skipper Andy Robertson on his forward surges, was crisp and sure in the tackle, distributed the ball well and hardly put a foot wrong despite the wet and windy conditions. 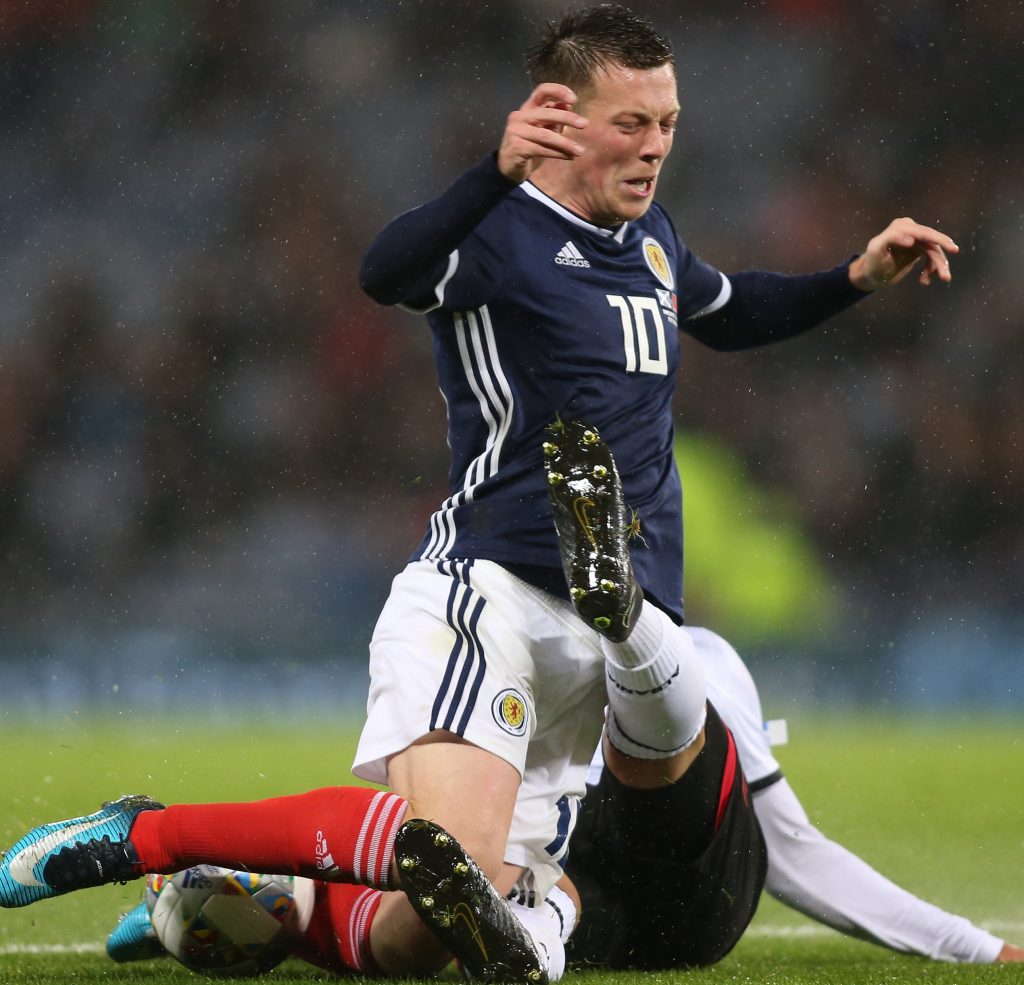 BOWLED OVER…Callum McGregor is heading for a fall.

Teamed up again with John McGinn in the middle of the park and kept things ticking nicely until he was substituted with 11 minutes to play as McLeish sent on Manchester United’s Scott McTominay.

Came close to opening the scoring early in the encounter with a clever free-kick that almost caught out the keeper at his near post.

Was neat and precise in his passing, maintained a high-energy display throughout and now looks like a seasoned international performer. 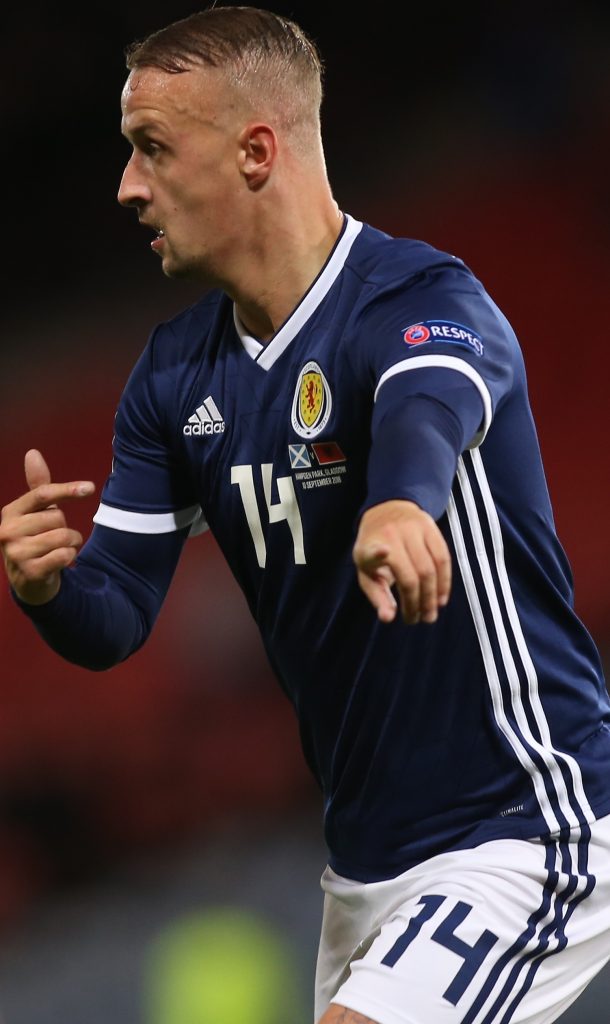 POINTING THE WAY…Leigh Griffiths with a point to prove. Pics: Geo.

Looked eager to get involved when he replaced Johnny Russell in the 70th minute. Possibly the fact he limped out of Friday night’s 4-0 defeat from the Belgians at half-time swayed the manager into leaving him on the bench at the start.

In his usual fashion, the livewire frontman put himself about and, thankfully, there was no sign of an injury.

With a visit to St Mirren coming up on Friday that has got to be positive news for manager Brendan Rodgers, who watched the action from the stand last night.