Celtic Quick News on News Now
You are at:Home»Latest News»HOW THE LEAGUES WERE WON: PART 3
By CQN Magazine on 20th May 2020 Latest News

CELTIC completed the hat-trick of crowns with an impressive runaway success over the Jags at Firhill with Neil Lennon preparing to round off his first managerial stint at the Hoops before leaving the post in the summer.

An early header from Anthony Stokes got the ball rolling before teenage substitute Liam Henderson claimed his first goal for the club four minutes after the turnaround with a slick effort that brought some extra cheers from the travelling contingent.

Norwegian midfielder Stefan Johansen, who had been outstanding throughout the campaign, added a third and the Hoops responded to losing an 85th-minute goal to Christie Elliott by scoring another two through Stokes and Kris Commons before the curtain came down on another successful quest for the title.

BY THE LEFT…Anthony Stokes fires in a shot against Dundee United. 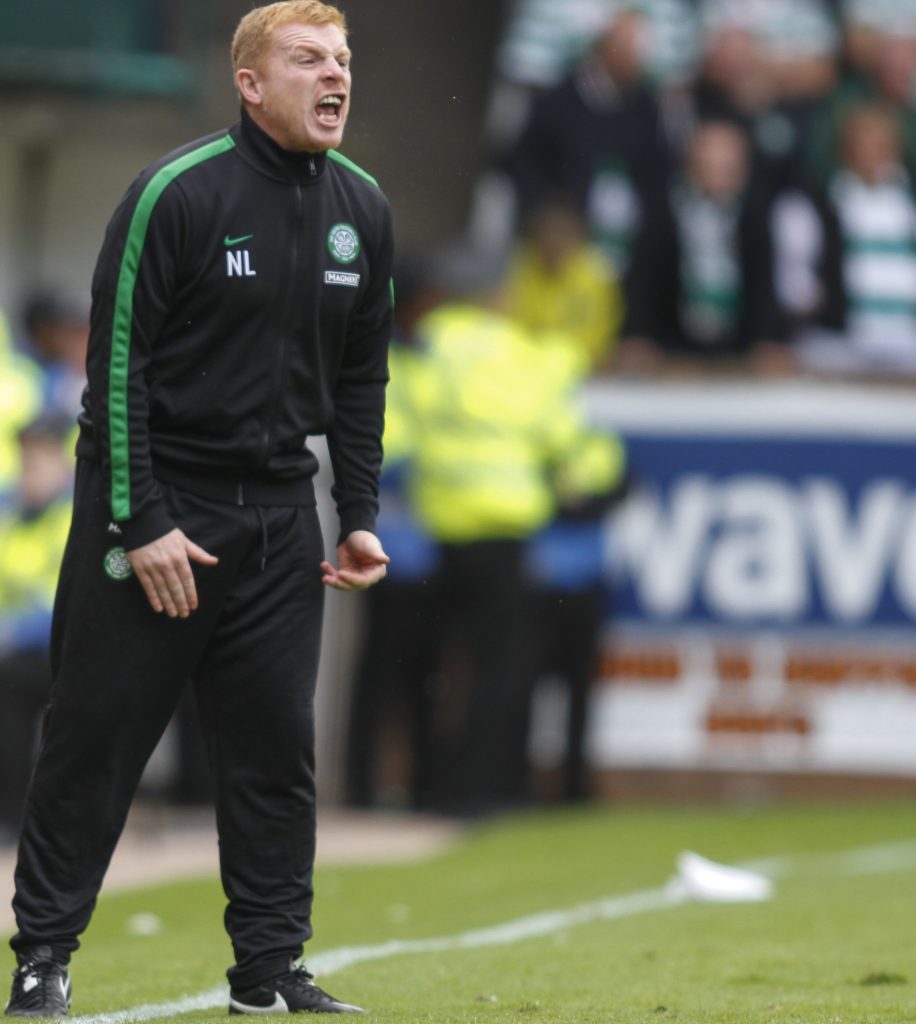 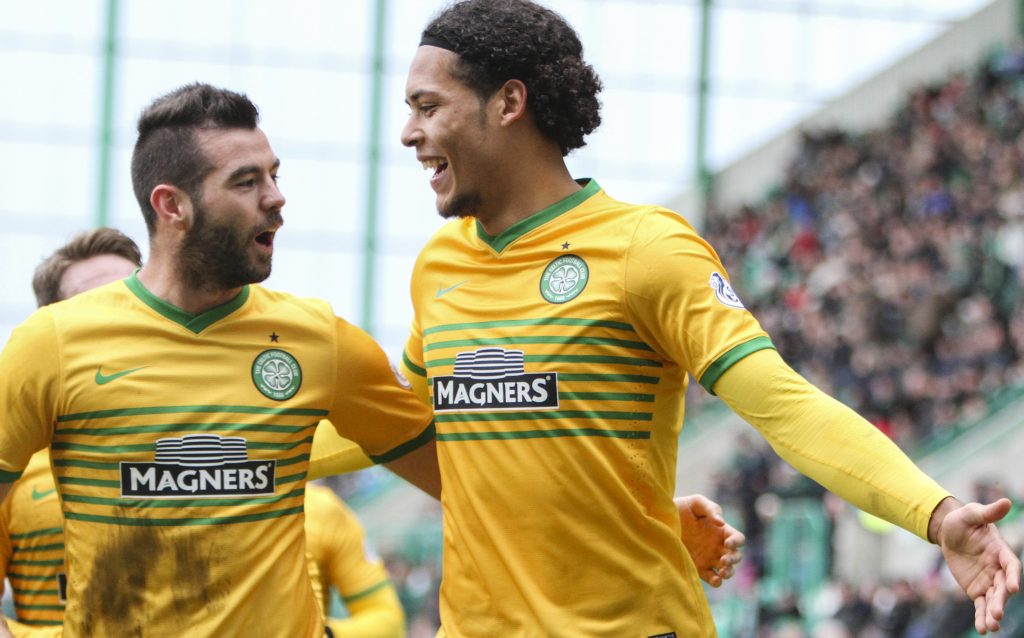 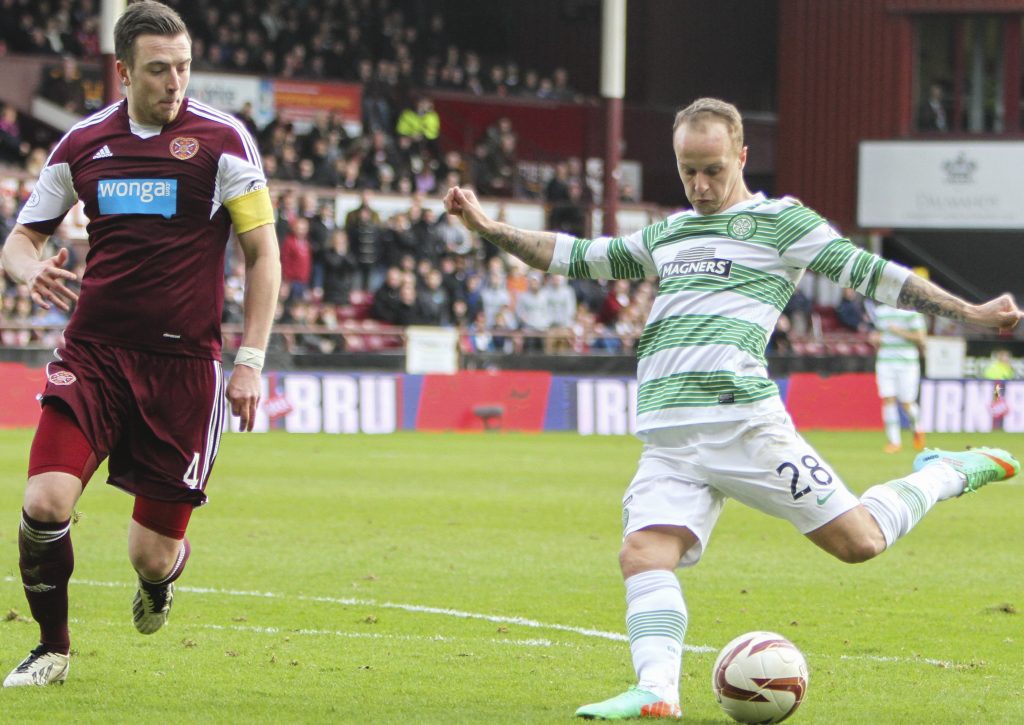 BEST FOOT FORWARD…Leigh Griffiths prepares for a shot as Hearts defender Danny Wilson attempts to close him down. 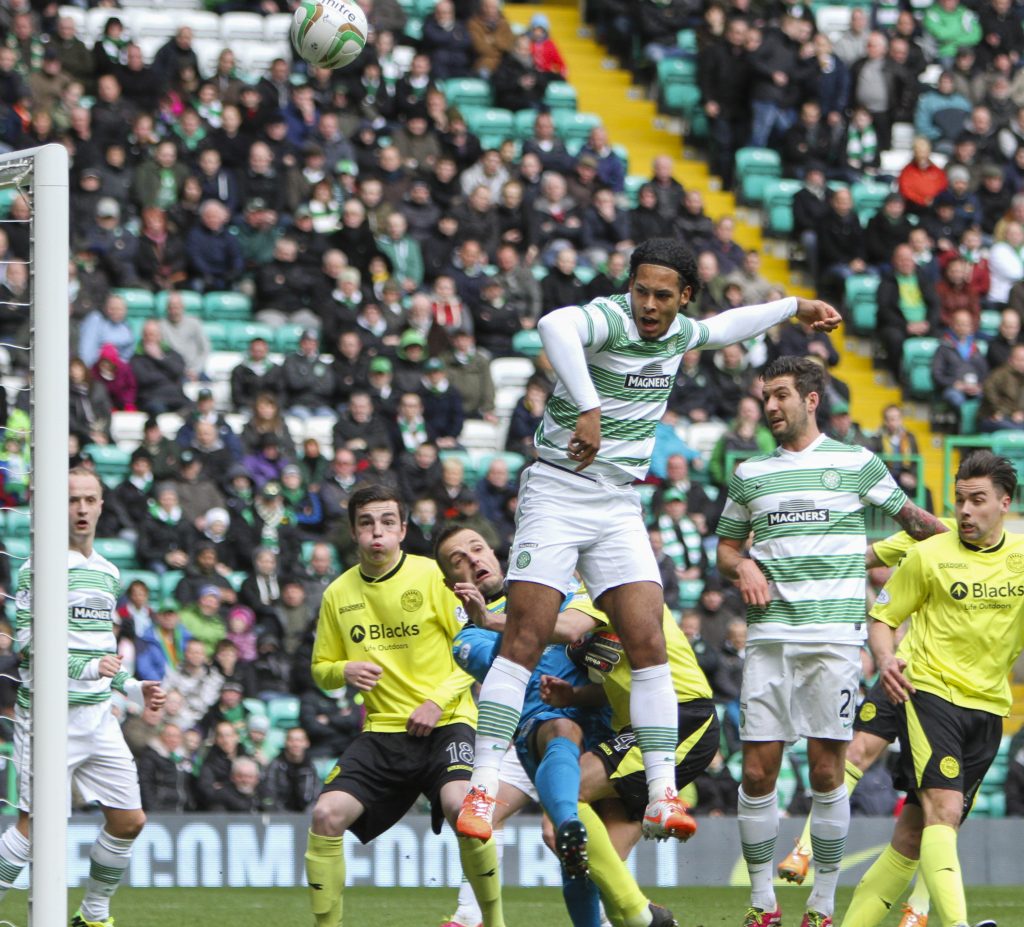 UP AND AT ‘EM…Virgil van Dijk puts the pressure on the St Mirren goal. 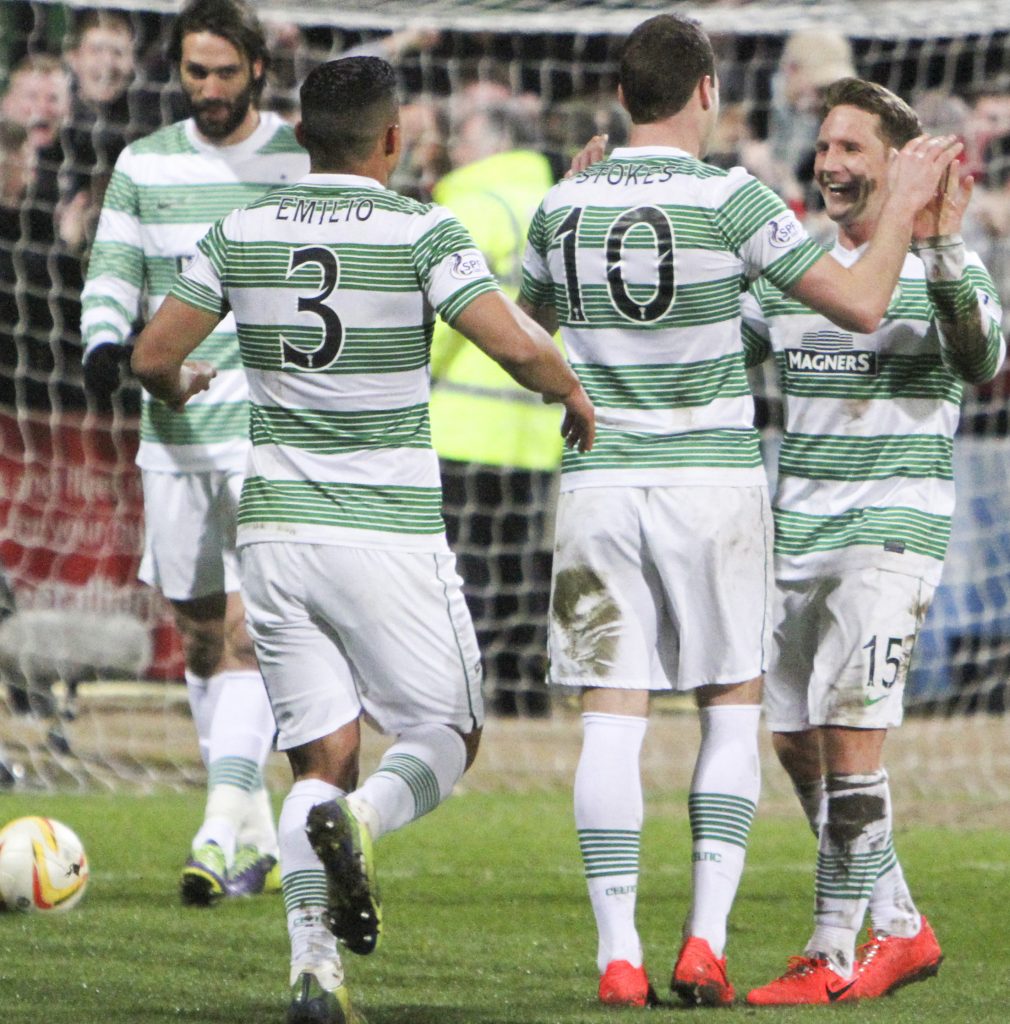 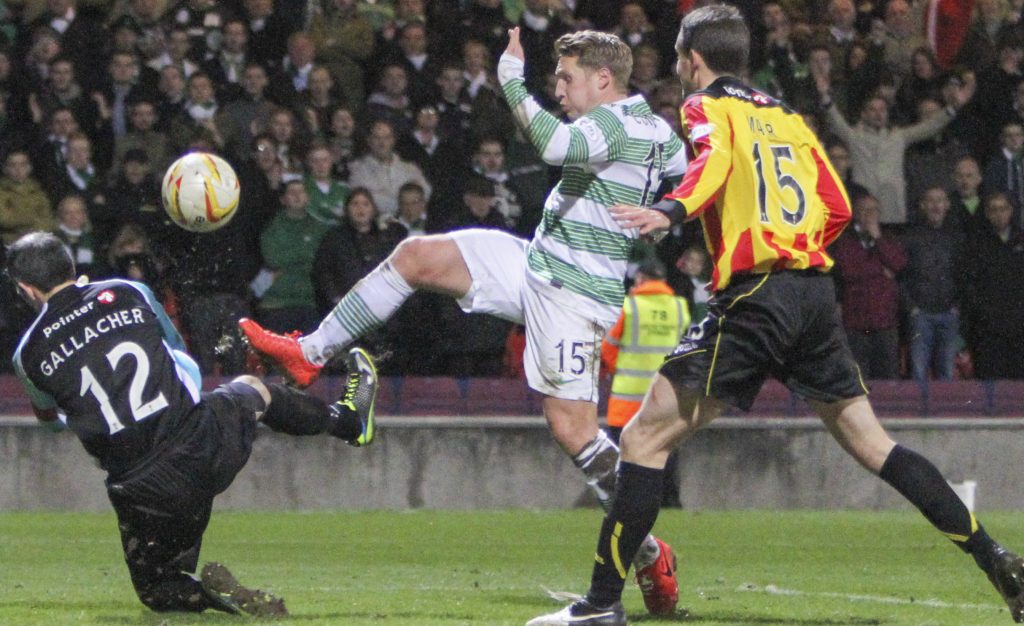 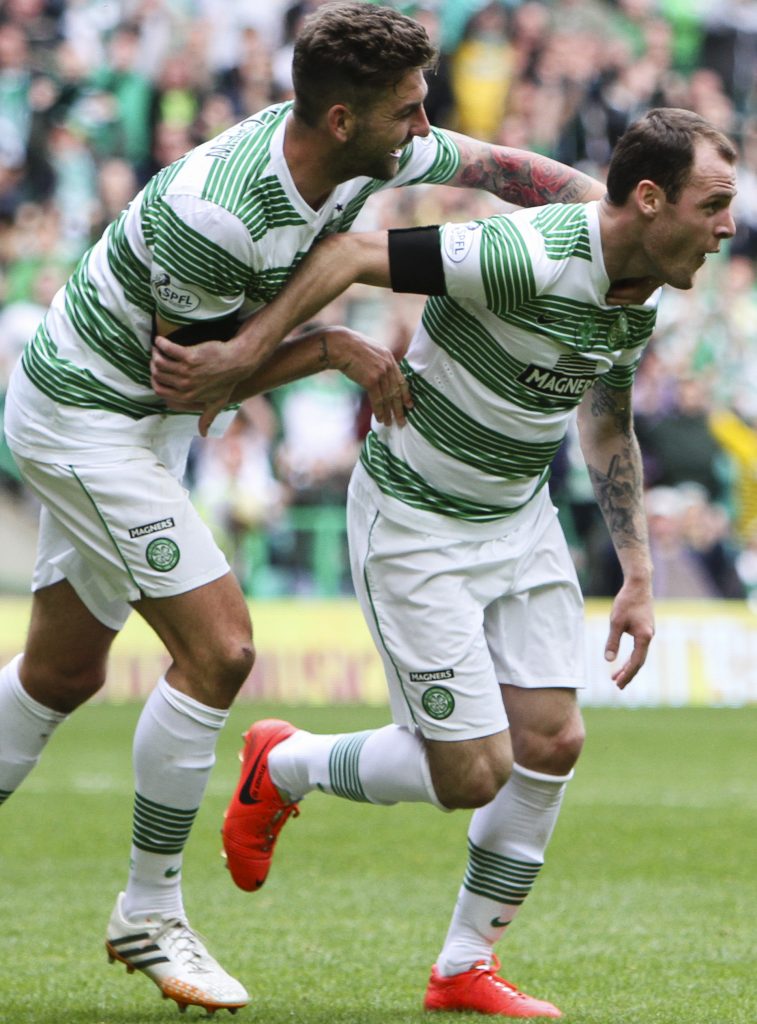 NICE ONE, ANTHONY…Charlie Mulgrew congratulates Anthony Stokes after another strike. 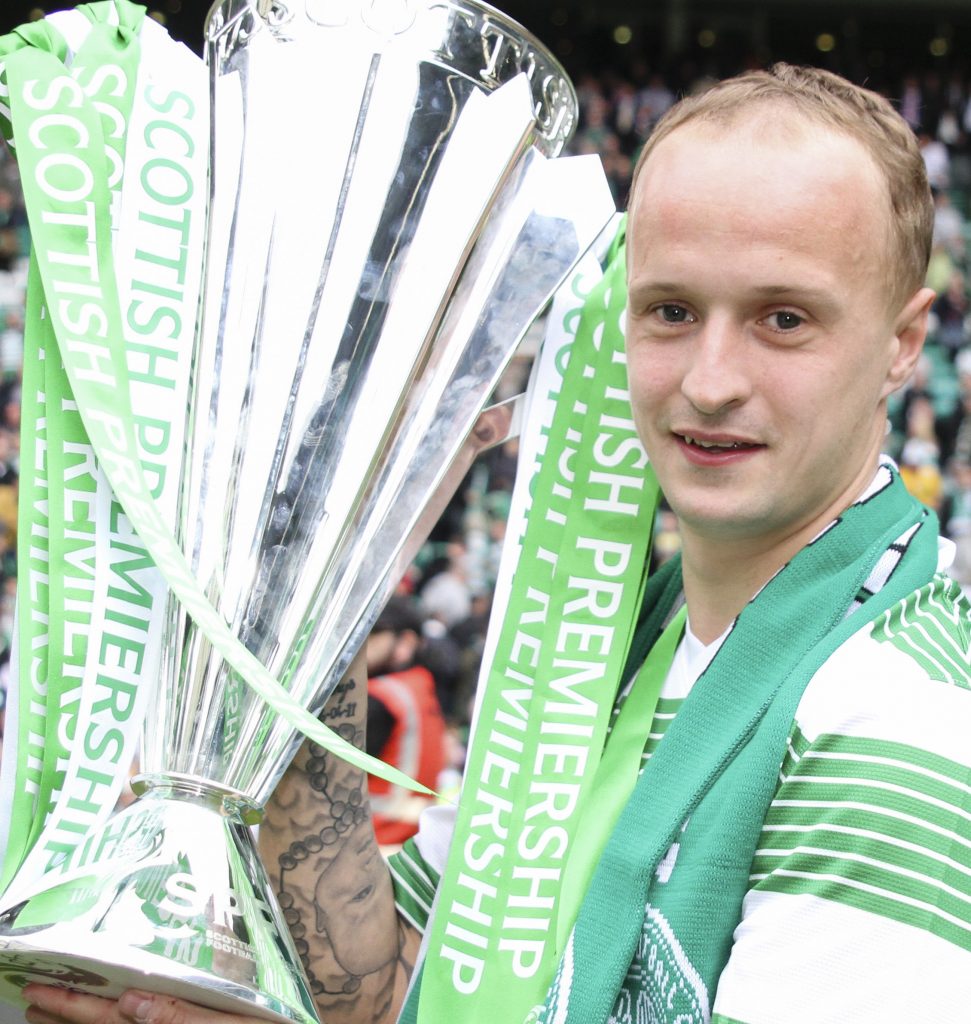 THE GLITTERING PRIZE…Leigh Griffiths with the league trophy. 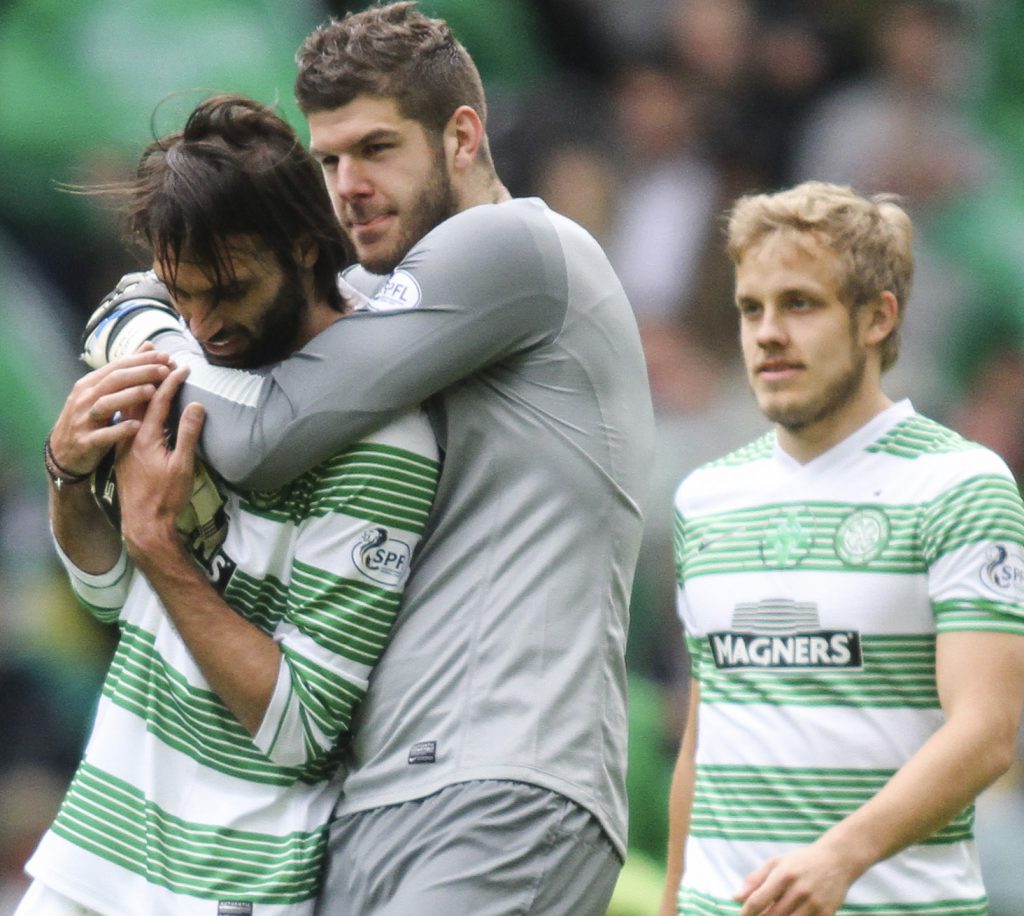 GIVE US A CUDDLE…Fraser Forster celebrates with Georgios Samaras as Teemu Pukki looks on.

THE WINNERS…Scott Brown holds aloft the trophy as his delighted team-mates look on.