Celtic Quick News on News Now
You are at:Home»Latest News»HOW THE LEAGUES WERE WON: PART 5
By CQN Magazine on 22nd May 2020 Latest News

THE champions survived a spirited second-half fightback from the Dons at Parkhead before clinching their fifth flag in a row.

The Hoops had a nine-point and 35-goal advantage over the Pittodrie visitors heading into the first of their final three games. They knew victory would seal the title – and there was never any chance they would settle for anything else during an entertaining encounter.

Patrick Roberts, on loan from Manchester City, scored with two excellent first-half strikes before right-back Mikael Lustig added a third just after the break. Their opponents responded with goals from Niall McGinn and Andy Considine, but Ronny Deila’s side did enough to ensure the triumph – and the flag.

The two-goal rally from Derek McInnes’ battlers certainly didn’t take the shine off the performance or the celebrations from the fans. 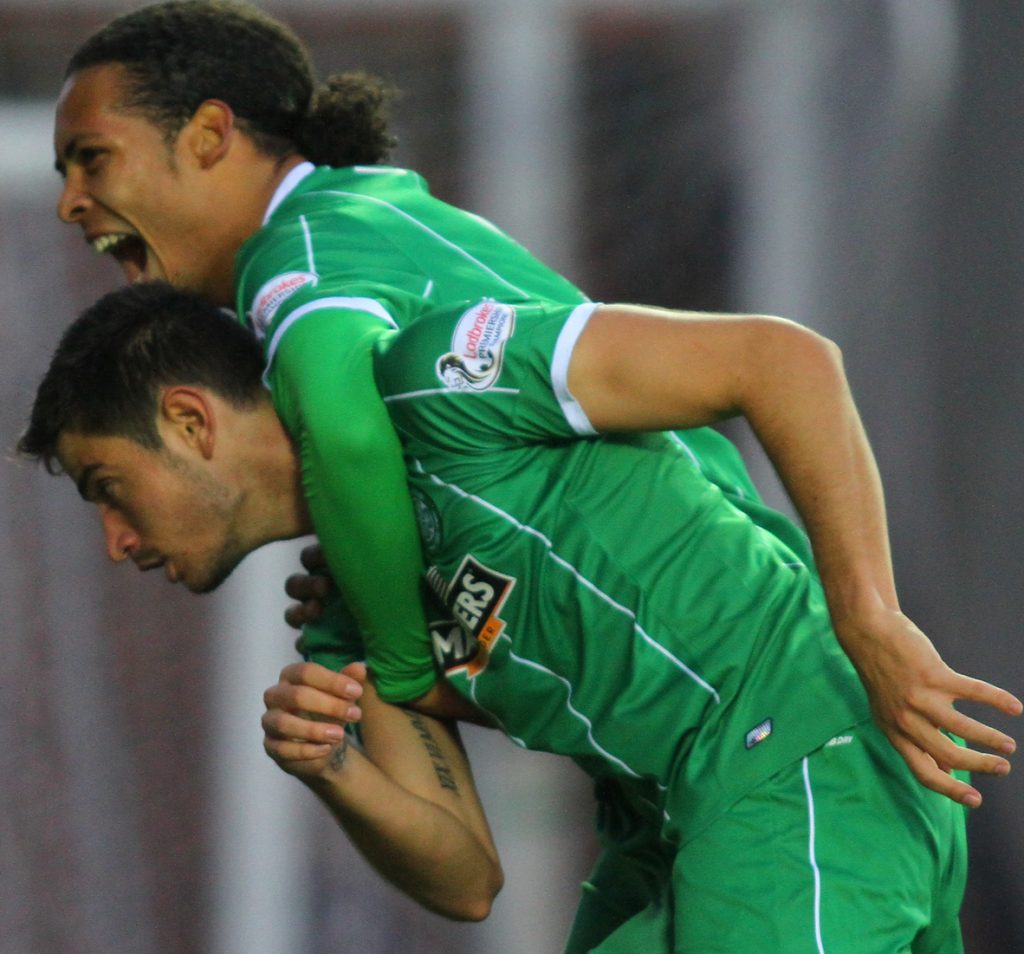 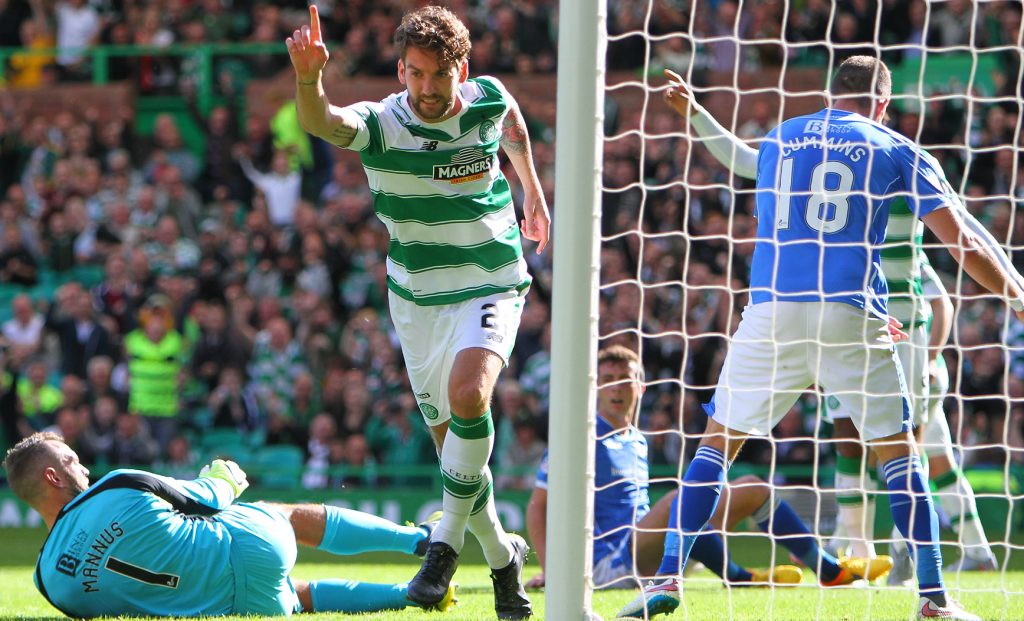 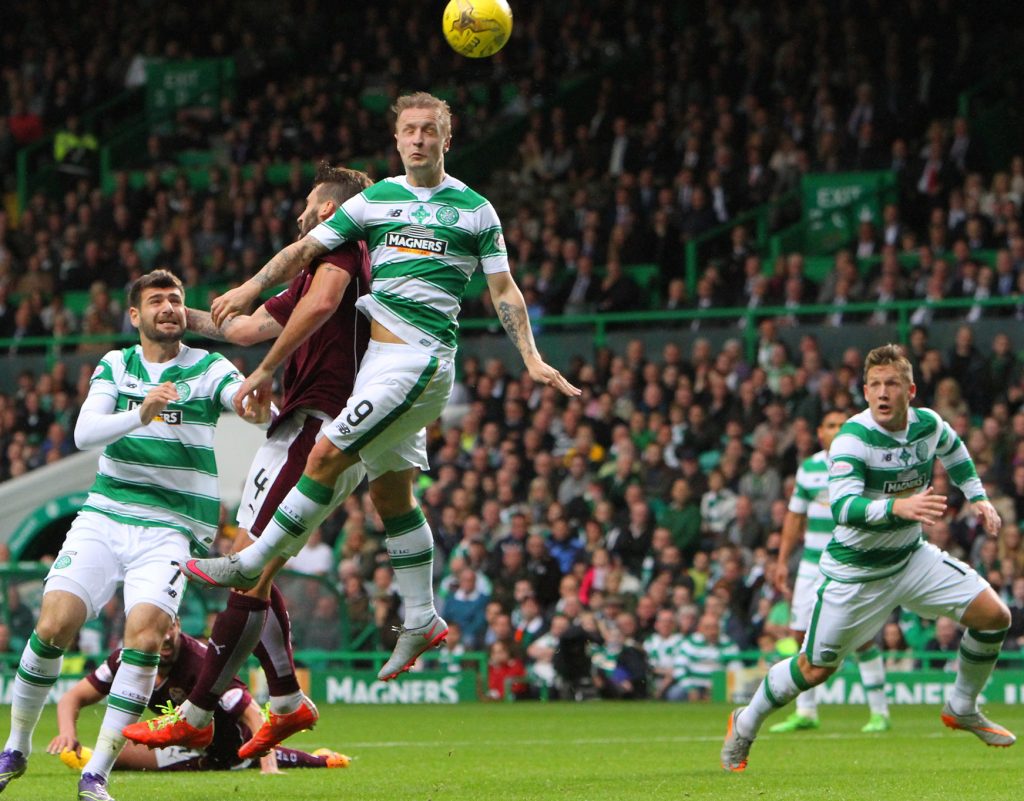 HIGH AND MIGHTY…Leigh Griffiths takes to the air against Hearts. 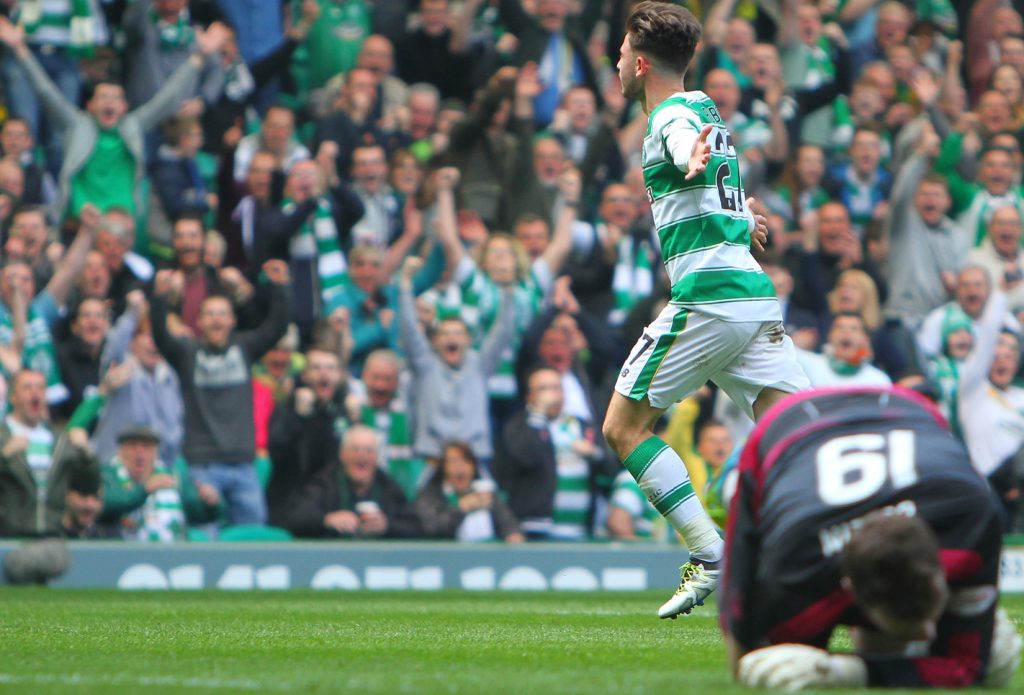 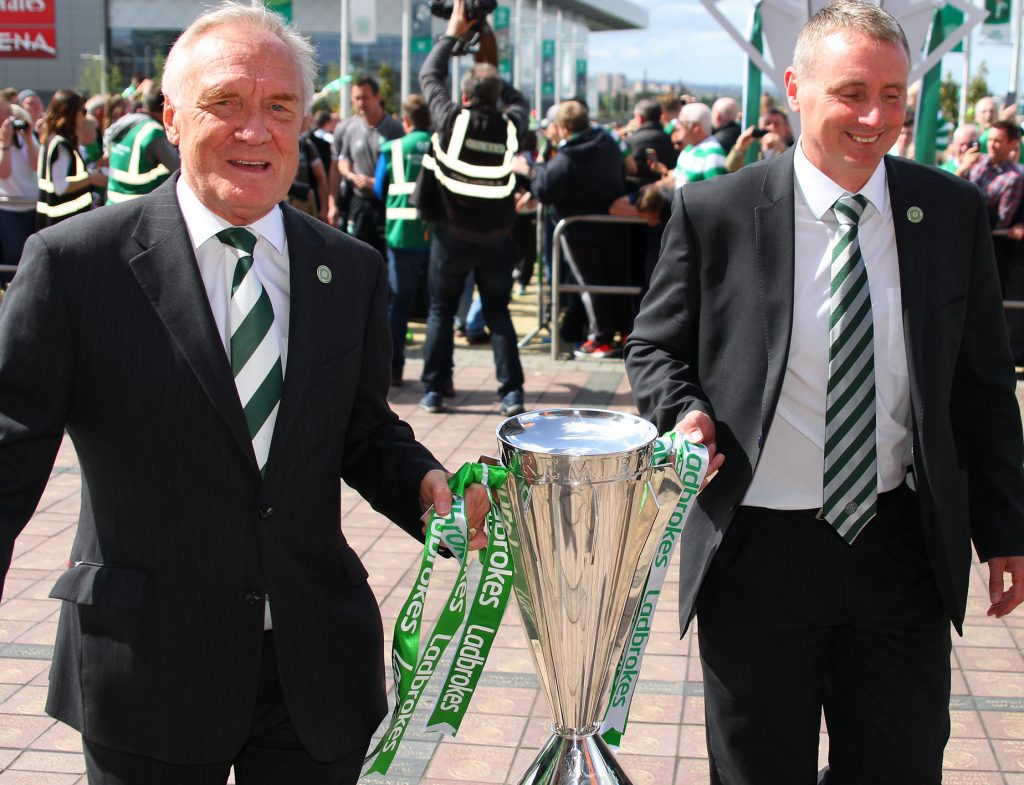 LEGENDS…Dave Hay and Tom Boyd with the league trophy. 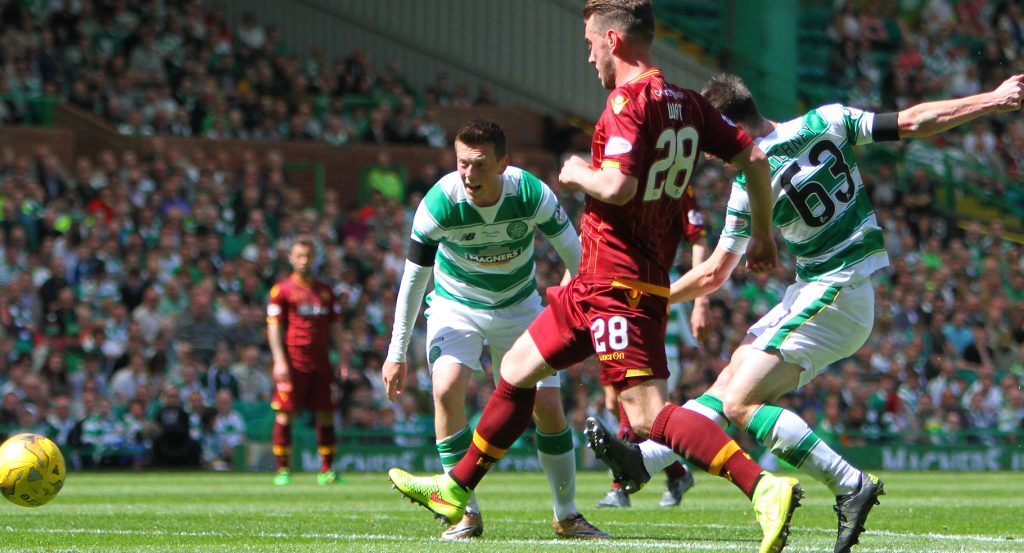 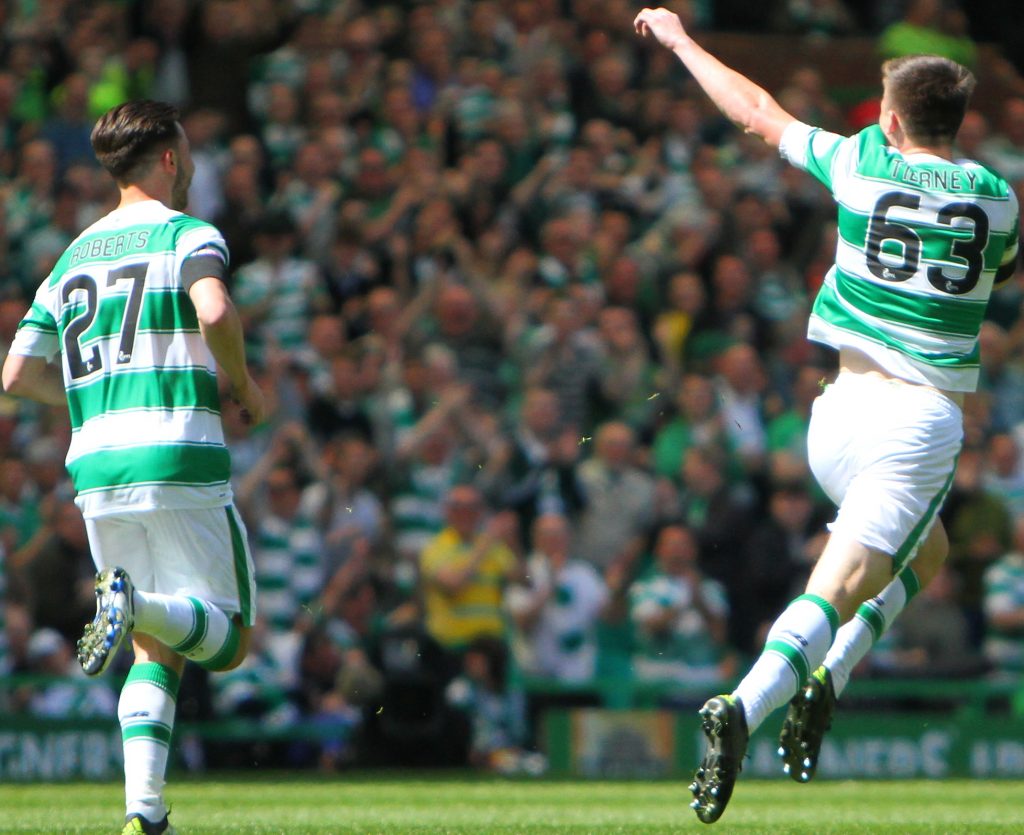 IT’S THERE…KT celebrates his first-ever goal with Patrick Roberts about to congratulate him.

NICE ONE…KT looks so pleased at his debut goal. 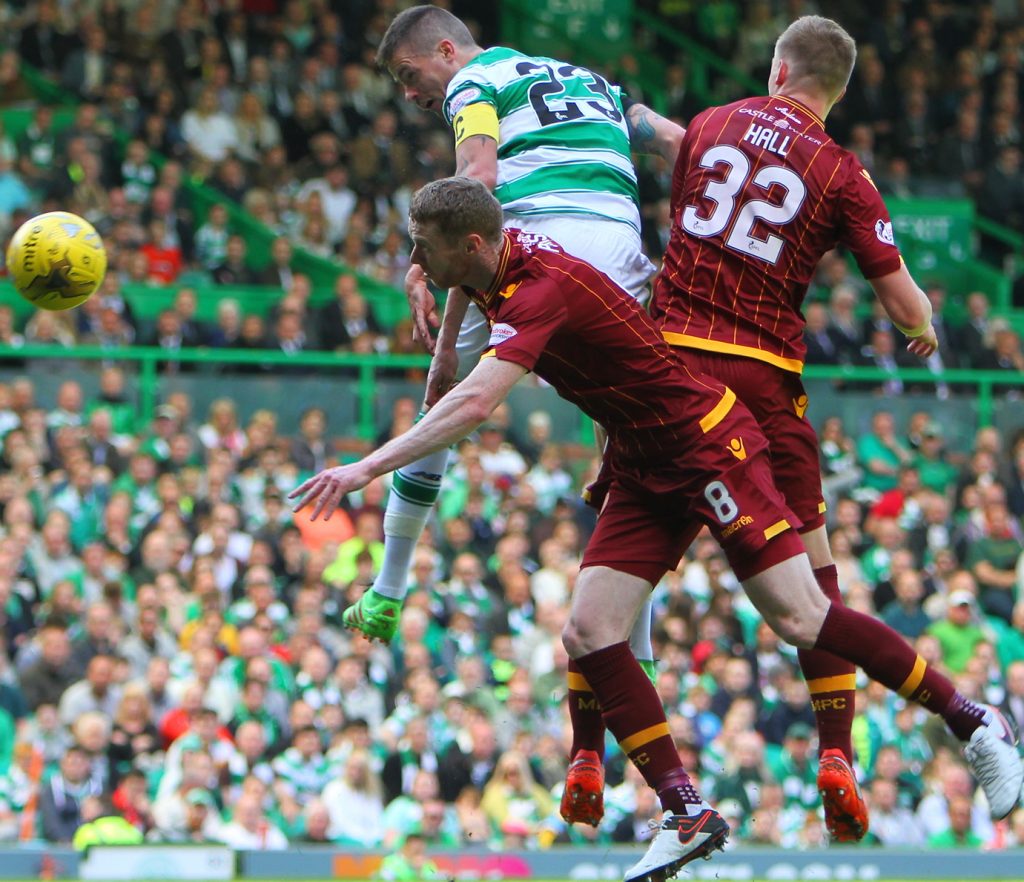 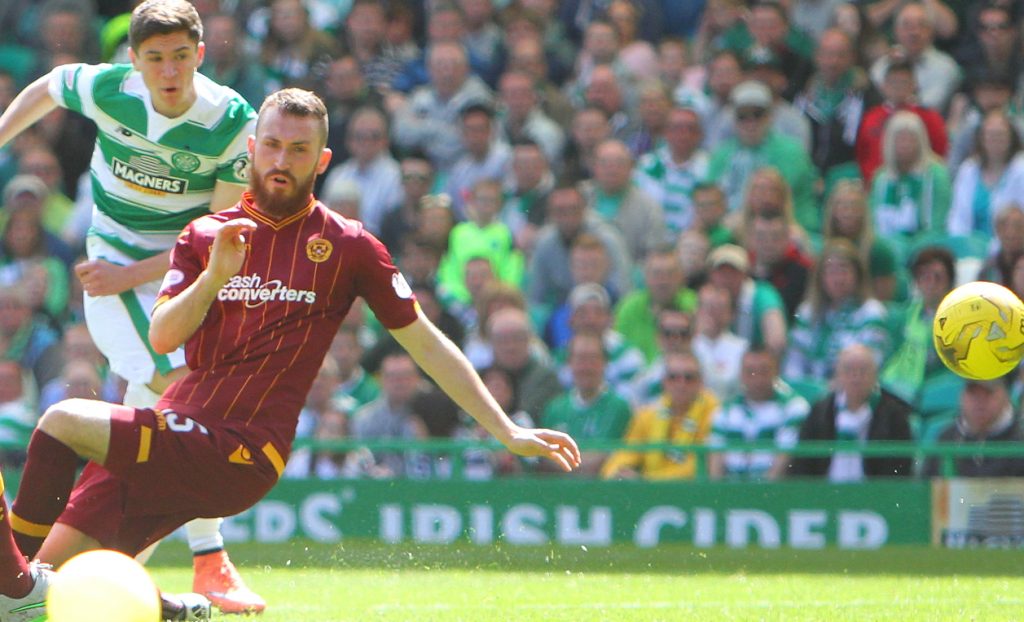 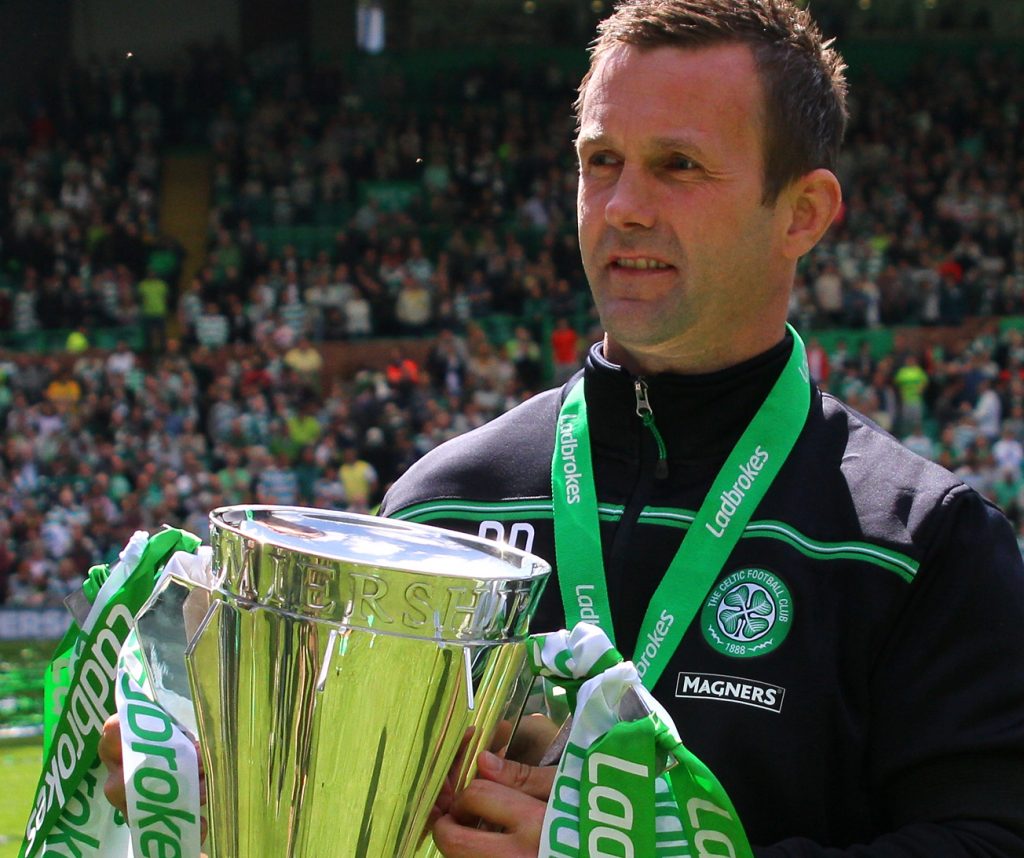 PRIZE GUY…Ronny Deila with the silverware. 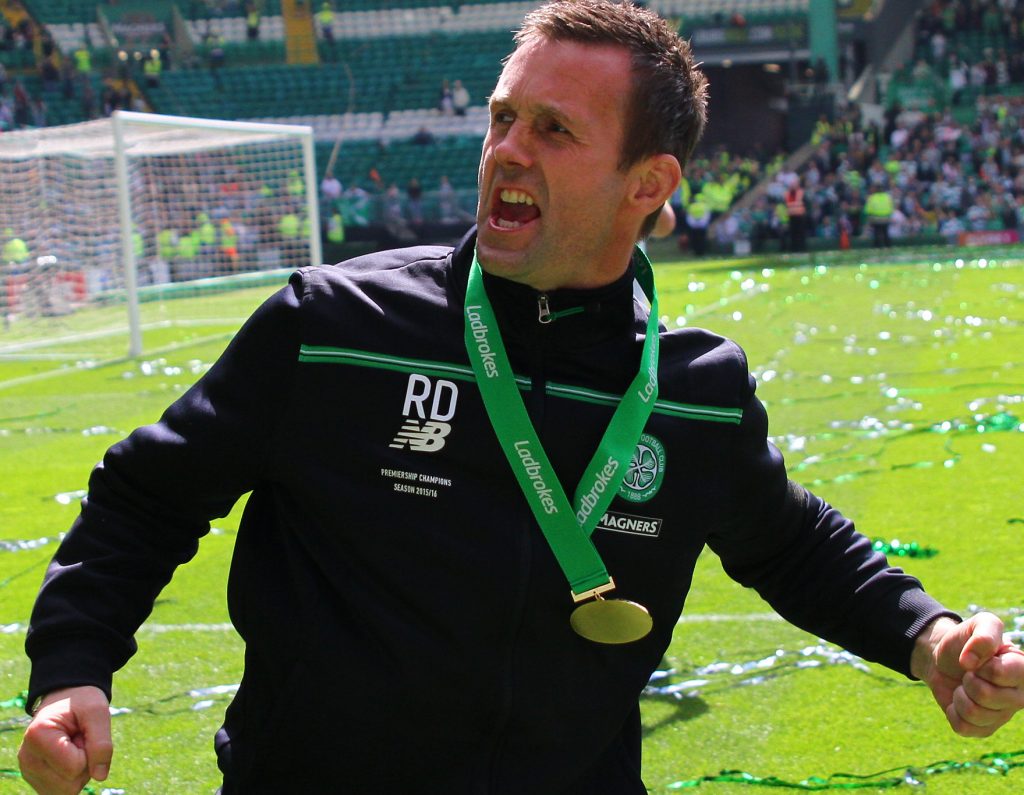 RONNY ROARS – FOR THE LAST TIME…the Norwegian celebrates with the fans after the 7-0 win. 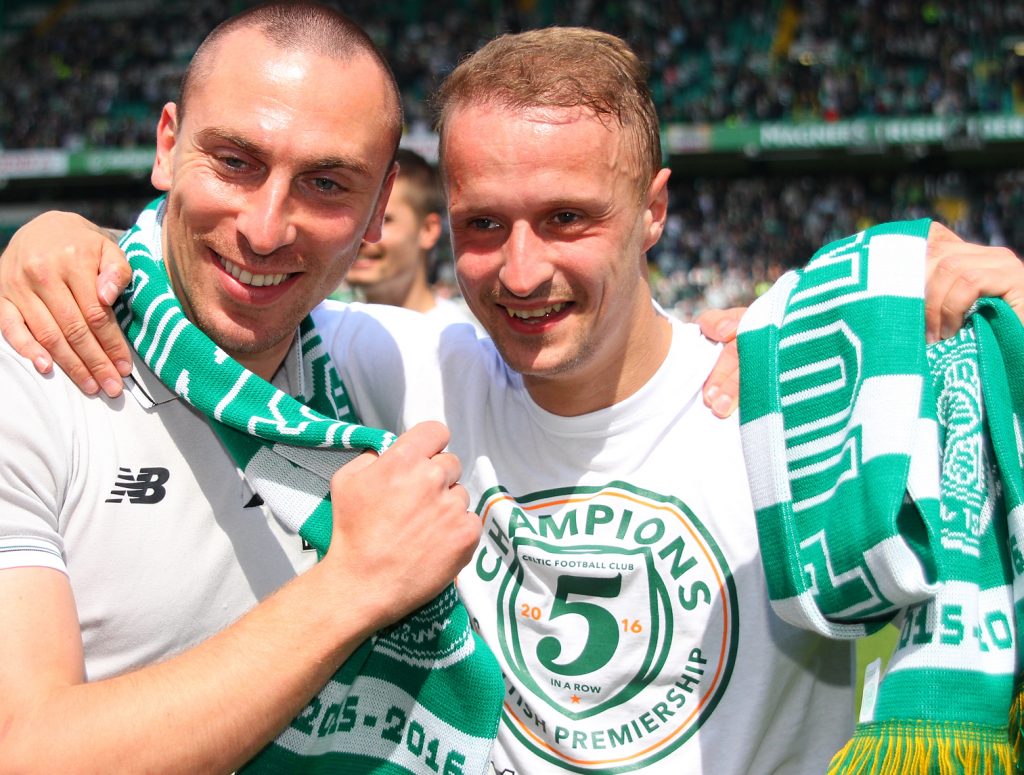 FIVE IN A ROW…Scott Brown and Leigh Griffiths are all smiles. 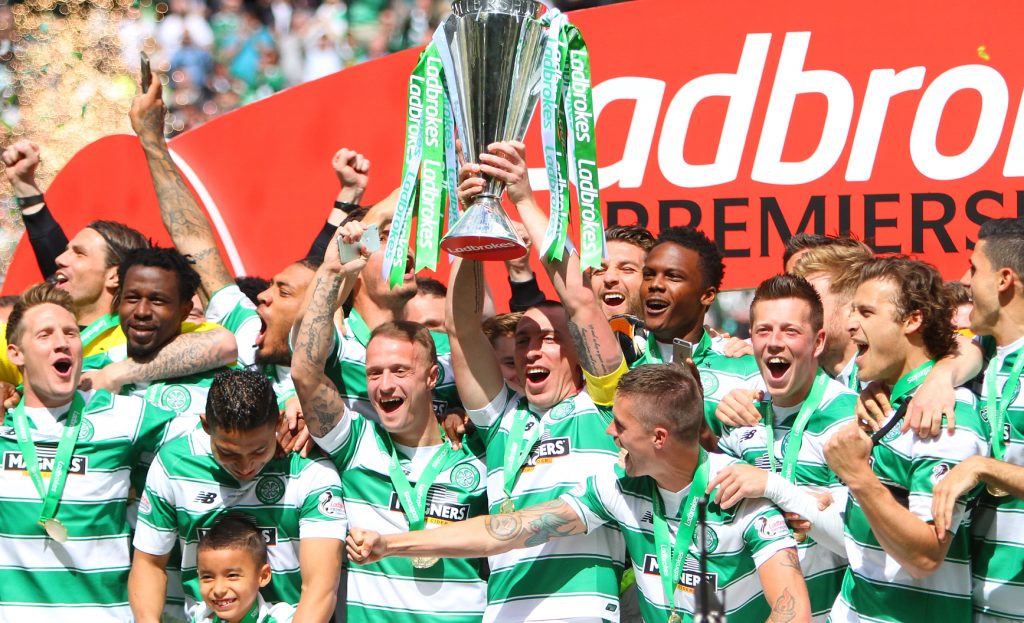 CHAMPIONS…Scott Brown holds aloft the trophy to the delight of his team-mates.