Celtic Quick News on News Now
You are at:Home»Latest News»HOW THE LEAGUES WERE WON: PART 8
By CQN Magazine on 25th May 2020 Latest News

MIKAEL LUSTIG got the show on the road with a superb diving header to sizzle an effort beyond the helpless Joe Lewis five minutes before the interval at Pittodrie.

The Hoops took firm control following the turnaround and Jozo Simunovic, who had scored the winner against Kilmarnock the previous week, powered in a header from a left-wing corner-kick from Callum McGregor for the second goal in the 53rd minute.

The Dons, who had troubled Scott Bain on a couple of occasions in the opening 45 minutes, were swept aside and Tom Rogic raced 40 yards before setting up Odsonne Edouard for the third goal in the fading moments.

Neil Lennon, who had kick-started the silverware haul at Rugby Park in 2012, celebrated big-style with the cavorting, happy visiting fans.

Now there was the little matter of emulating Jock Stein’s all-conquering team who racked up nine successive championships from 1966/67 to 1973/74.

Who would bet against it?

CQN‘s ace lensmen were there for every kick of the ball. Here is the pick of the pics. 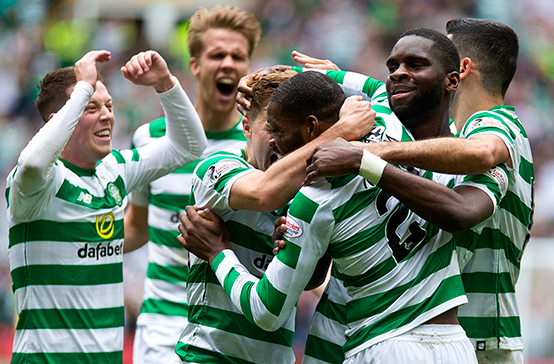 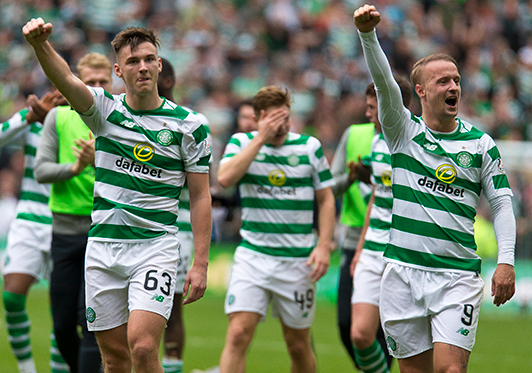 HANDS UP IF YOU’RE HAPPY…Kieran Tierney and Leigh Griffiths applaud the fans. 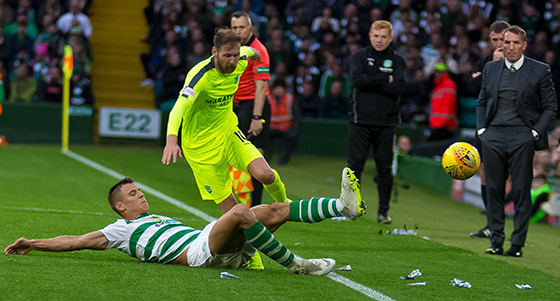 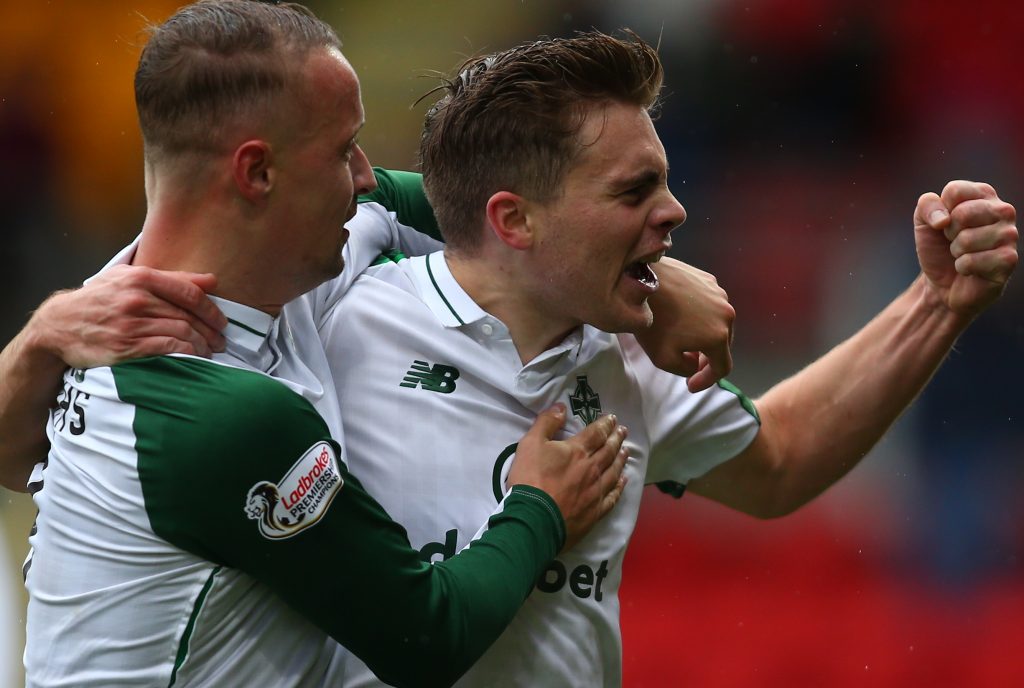 JOY BHOYS…James Forrest celebrates with Leigh Griffiths after scoring the first of his four against St Johnstone in October. 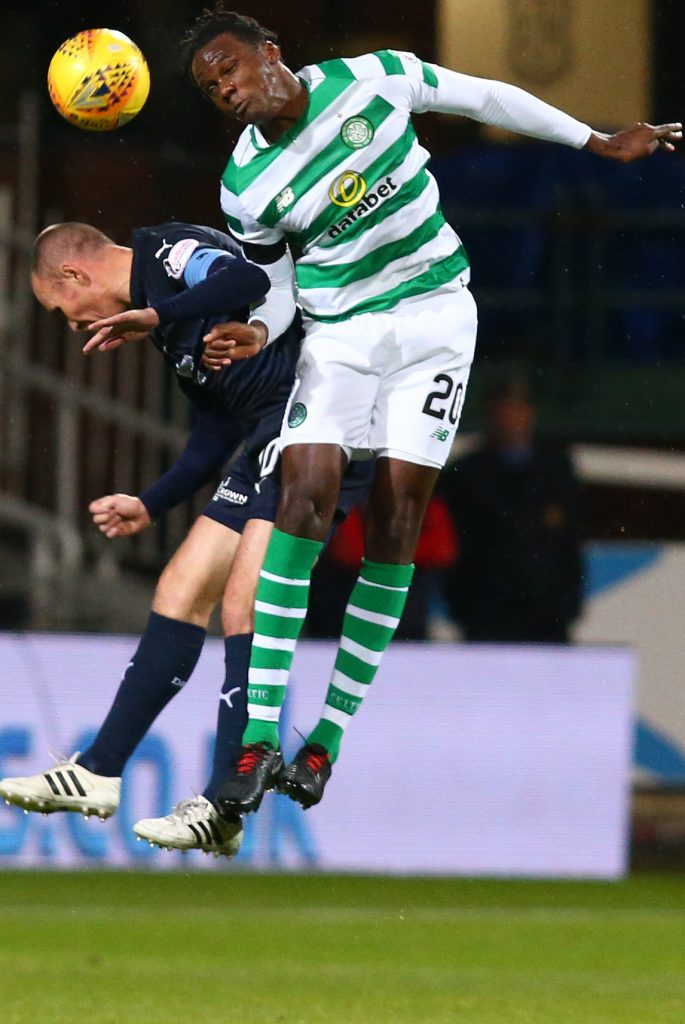 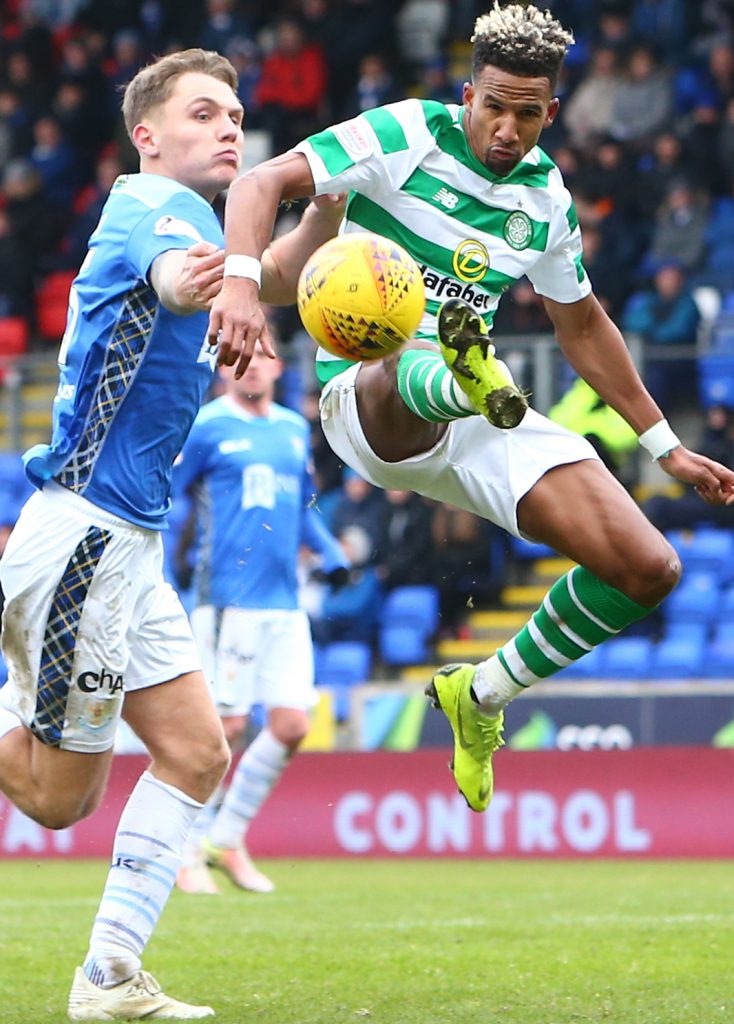 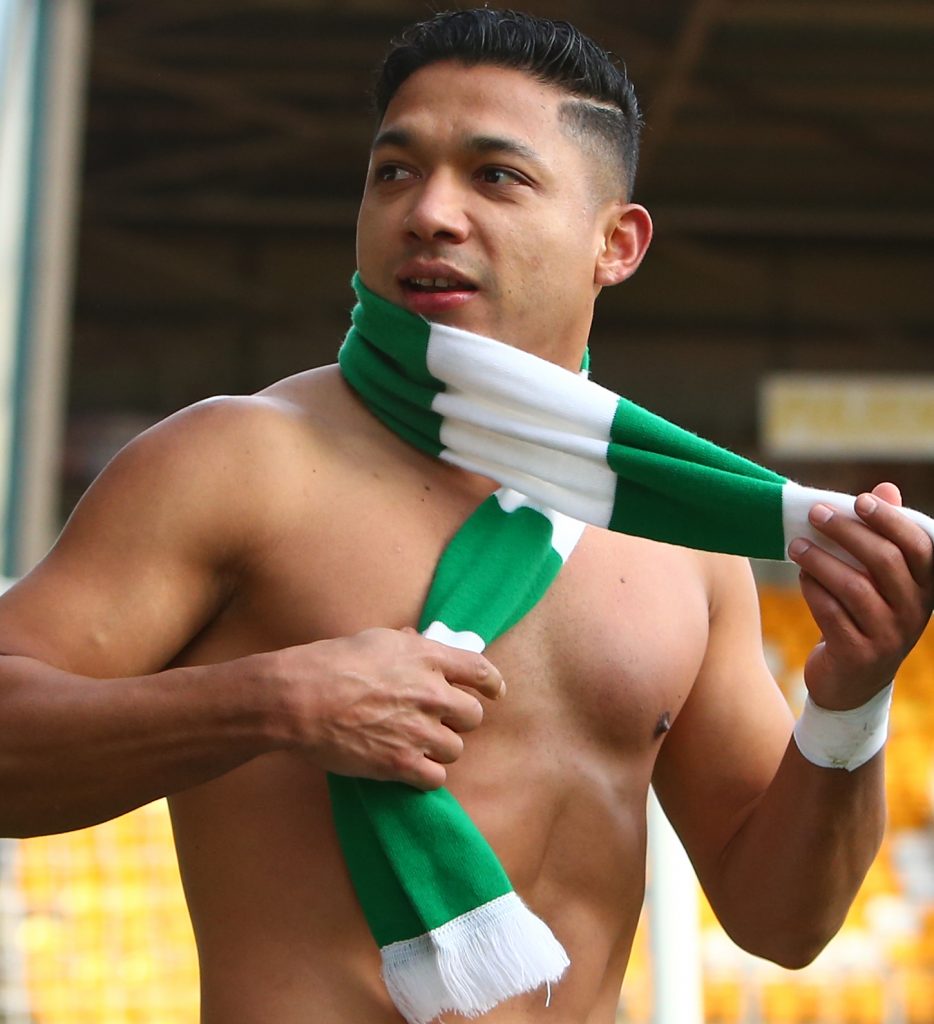 STRIP SHOW…Emilio Izaguirre after presenting his shirt to a fan. 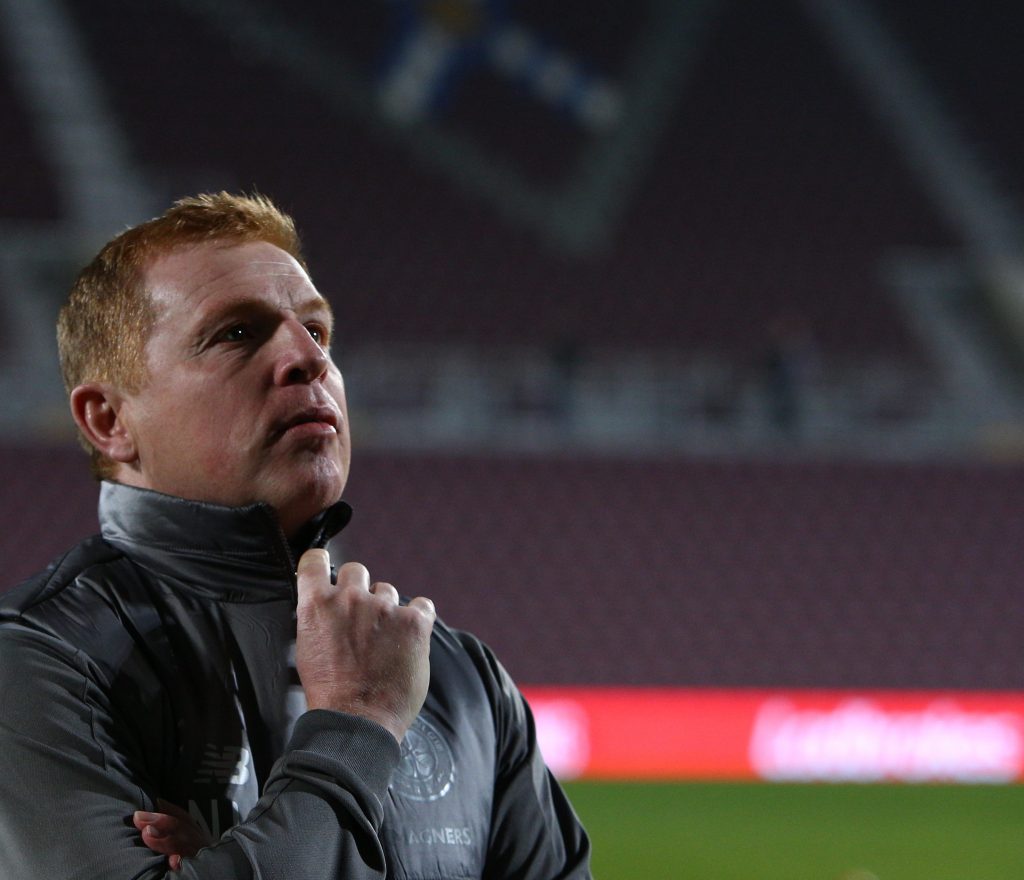 LOOKING UP…Neil Lennon in pensive mood at Tynecastle before his comeback game in February. 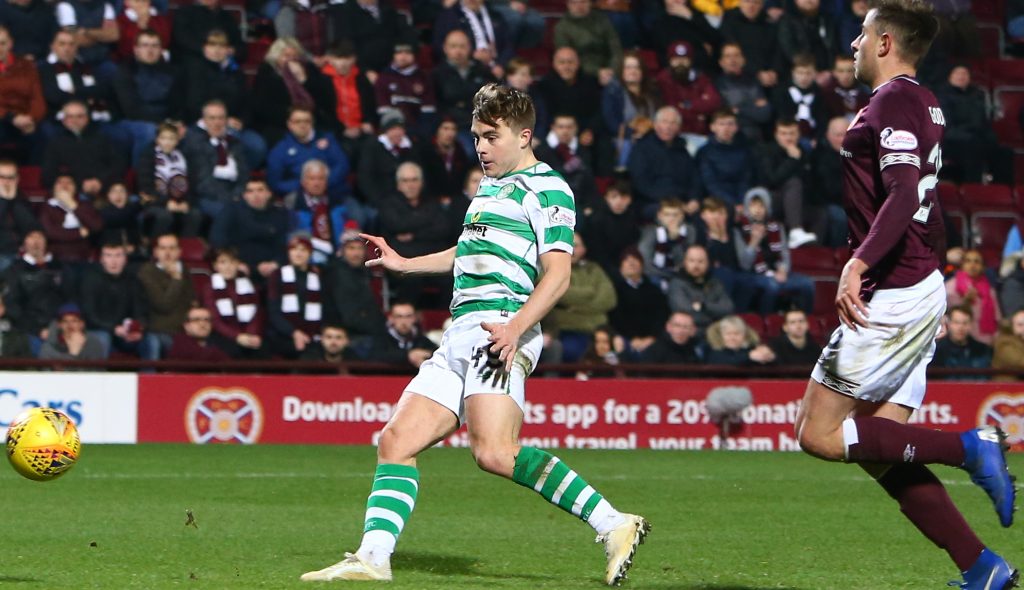 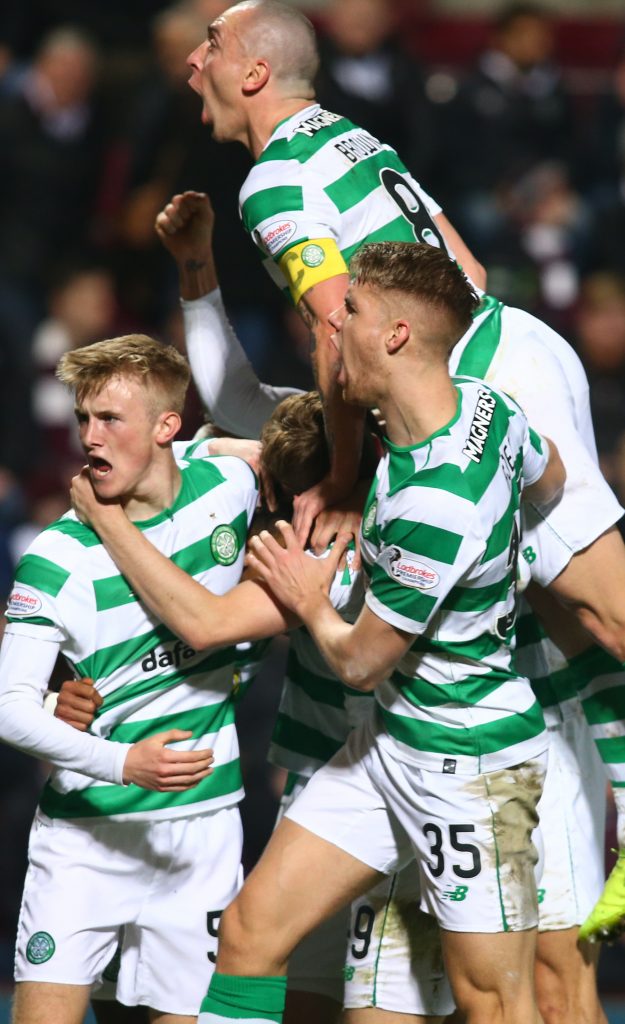 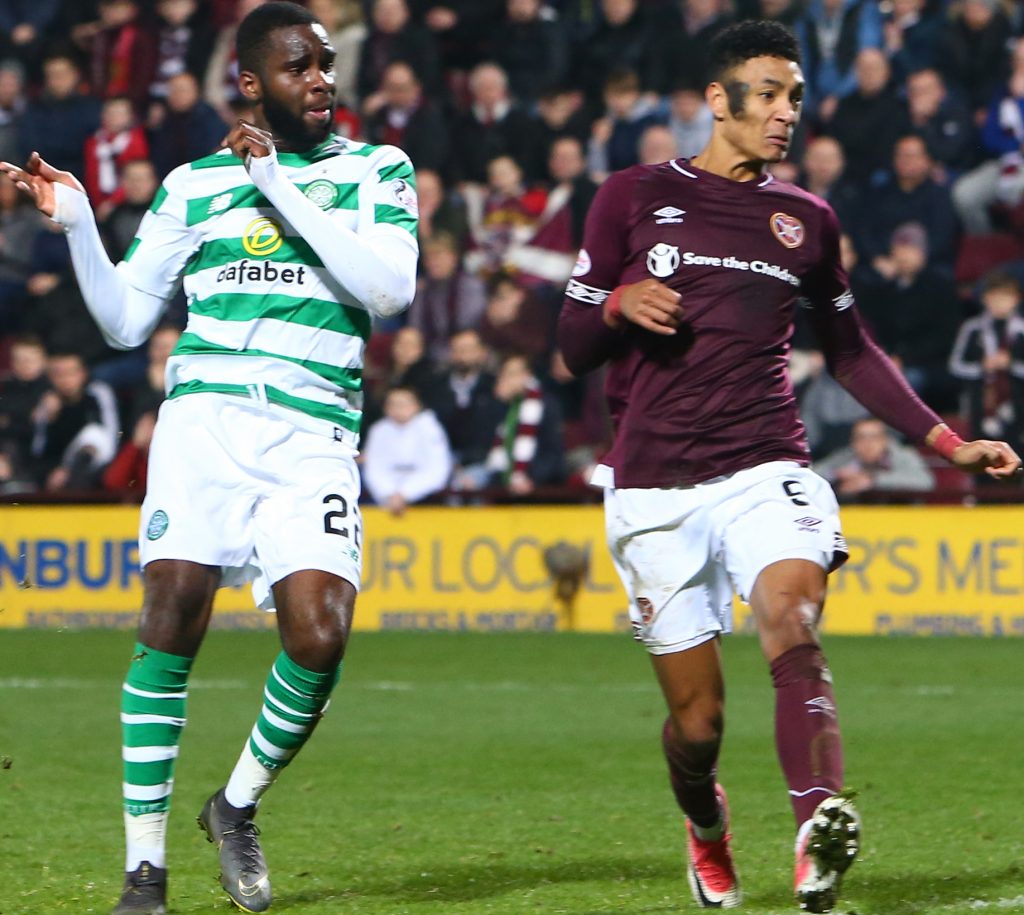 STOPPAGE-TIME SUPERSTAR…Odsonne Edouard steers in the late winner against Hearts. 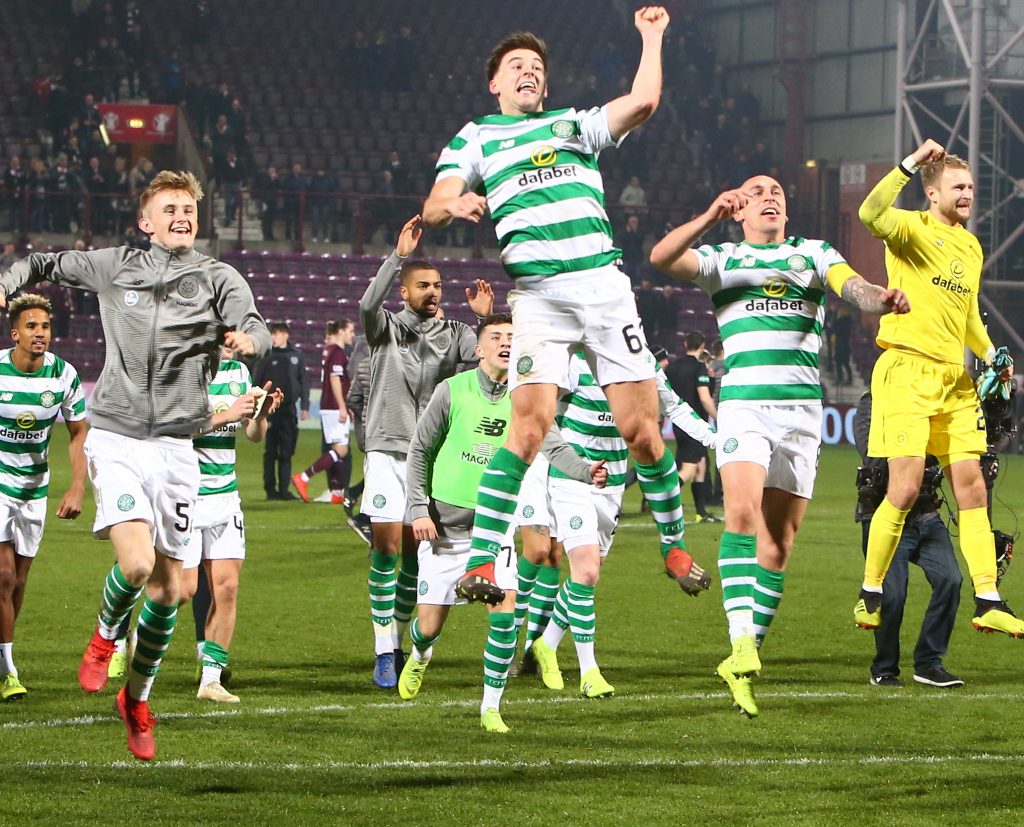 JUMPING FOR JOY…Kieran Tierney leads the celebrations at the final whistle in Edinburgh. 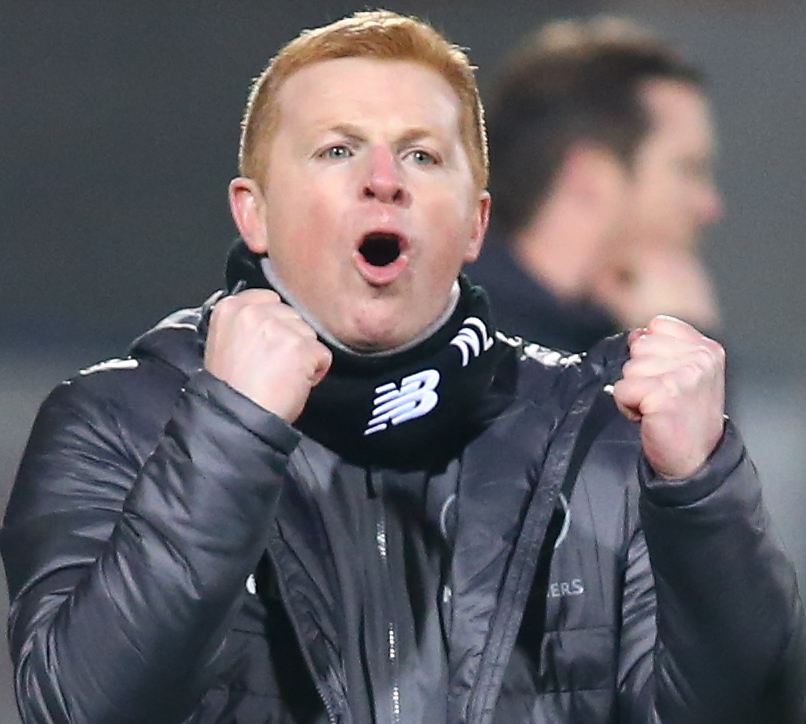 THE FISTS OF DELIGHT…Neil Lennon shows his delight.

WHACK…Ryan Christie zips one into the Dundee net. 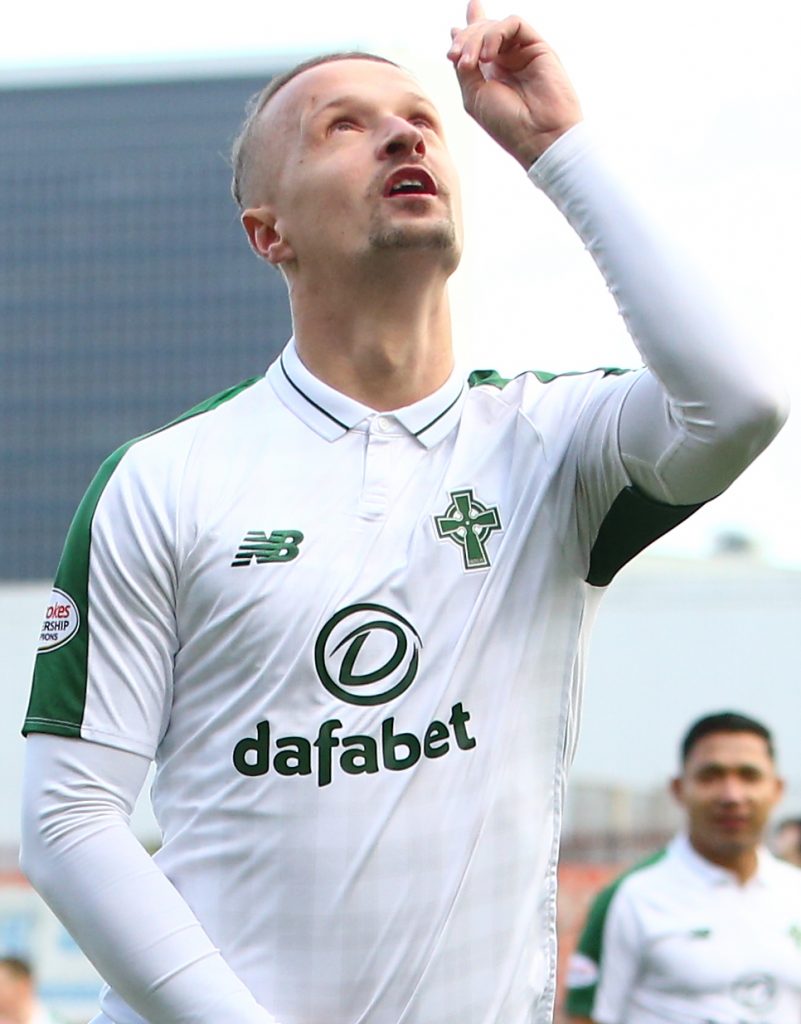 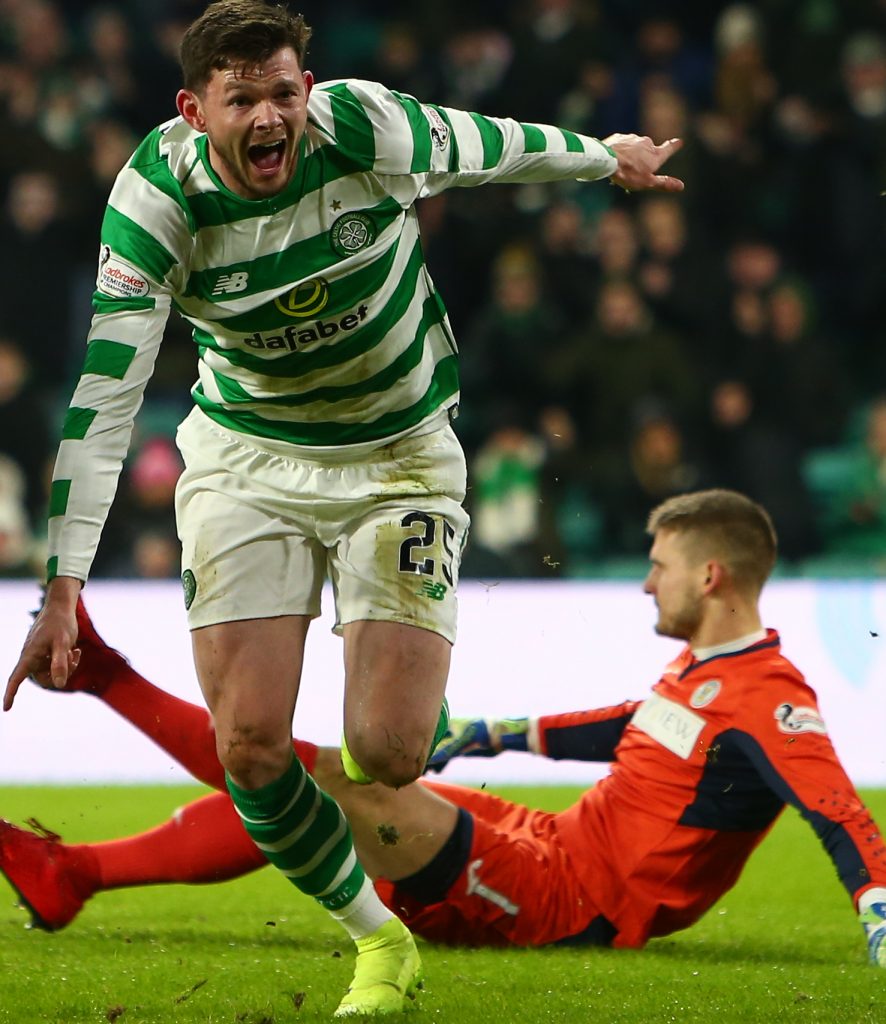 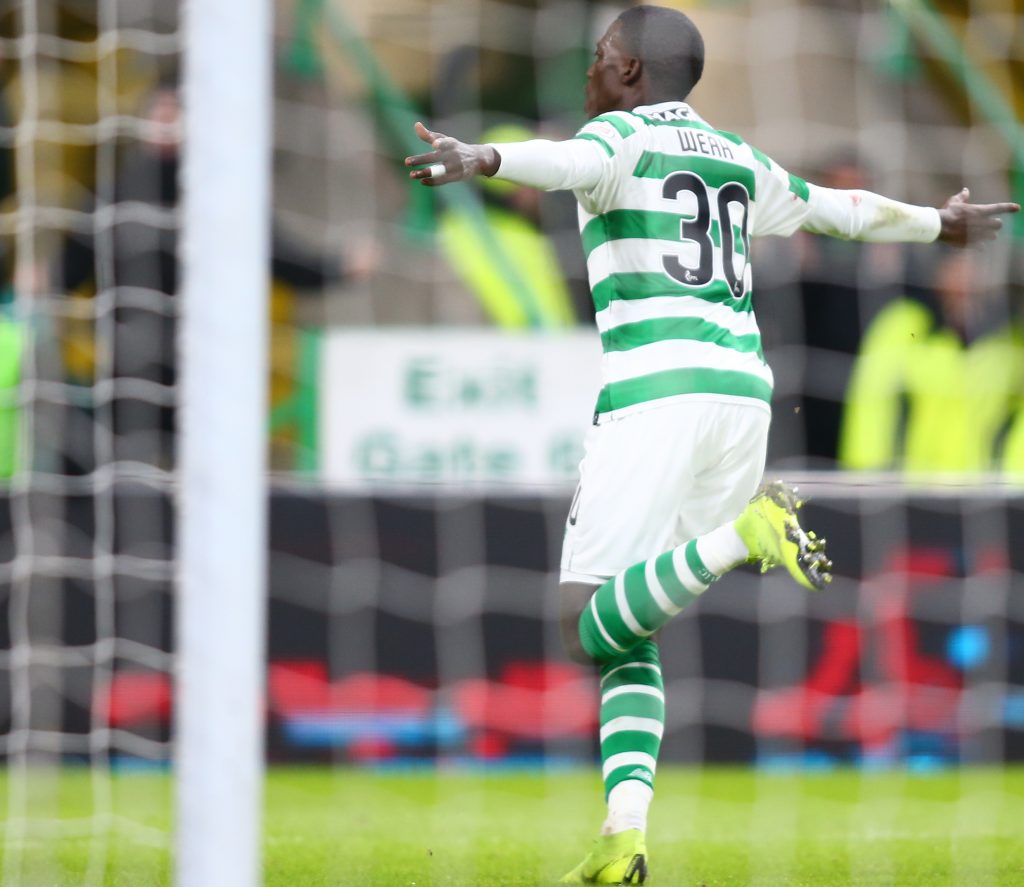 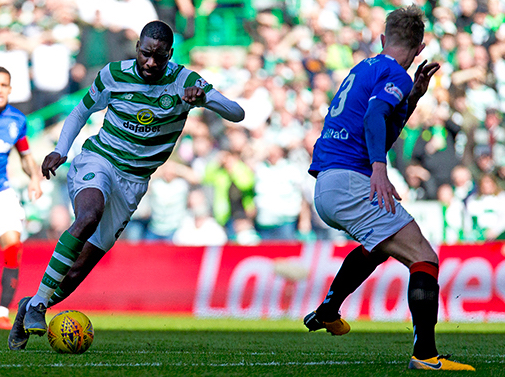 ONE GOAL COMING UP…Odsonne Edouard races at the Ibrox defence. 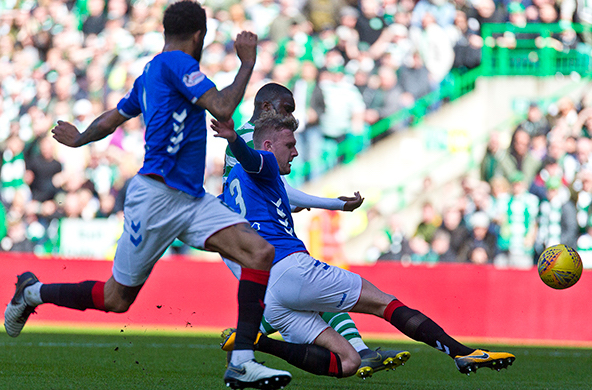 THE WINNER…James Forrest races away after netting the second goal with Allan McGregor helpless.