CHRIS SUTTON hopes Eddie Howe has been working feverishly in the background to put the Celtic jigsaw together before he is officially announced as the club’s new manager.

The former Hoops striker revealed that was the case before Martin O’Neill was officially unveiled as the team’s manager in the summer of 2000.

Sutton, in fact, was the Irishman’s first signing when he agreed a £6million switch from Chelsea to replace Mark Viduka who had been offloaded to Leeds in an identical fee.

The Parkhead followers are growing increasingly frustrated as the clock ticks on since Neil Lennon departed the role three months ago tomorrow.

One-time England international frontman Sutton admitted: “I actually had some sympathy for Dominic McKay this week. By all accounts, his meeting with fans’ groups didn’t go down so well and it wasn’t the best of first impressions. 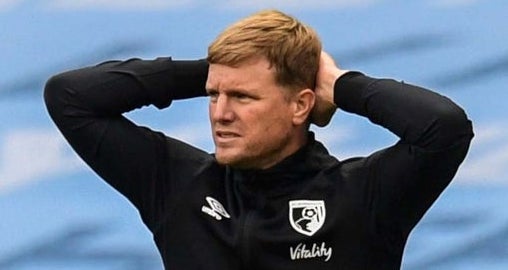 WAITING GAME…Eddie Howe is still favourite to get Celtic job.

“But he was walking into a disaster zone. There was no way he was going to be able to please punters when his hands were clearly tied behind his back.

“He couldn’t tell them the new manager, which is a tough one for a start. The simple fact is he, and the Celtic board, need to get a shift on.

“Brendan Rodgers was unveiled on May 20 five years ago. Martin O’Neill in 2000 was a little later on June 1.

“But, take it from me, Martin was already at work before then.

“Is Howe working away in he background right now? I certainly hope so as he’s already facing a huge catch-up job.”

Sutton, speaking to the Daily Record, added: “I understand why fans are cracking up with the wait. It will be the same in the Celtic dressing room. They will be itching to know who is going to be taking over, as well.

“We’re all just assuming the likes of Odsonne Edouard, Kris Ajer and Ryan Christie are going. They’ll go, but what if they decide to stay? A new manager coming in with a bit of clout might prompt a change of heart, especially if their options are not quite to their liking.

“It could be new contracts on the table rather than exits. If they do want to go, then they can’t be allowed to hang around, either. It’s no use waiting until the final day of the transfer window when Celtic need to cash in now. 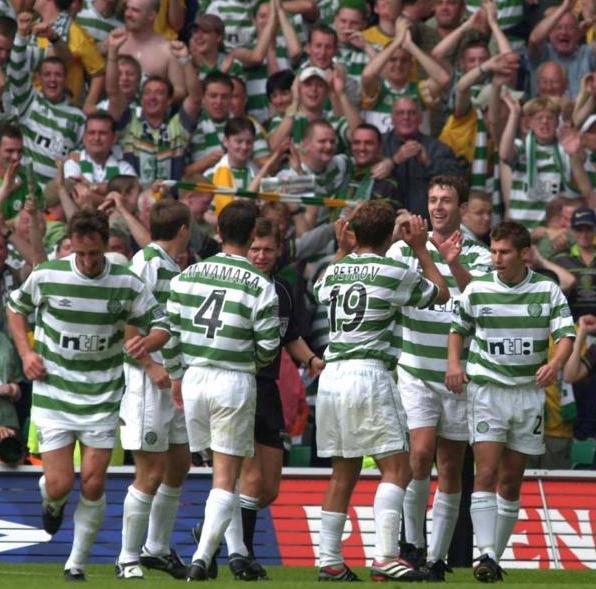 SIX APPEAL…Chris Sutton is congratulated by his team-mates after hitting the final goal in the 6-2 hammering of Rangers in August 2000 – the first Glasgow derby for the striker and manager Martin O’Neill.

“There’s just no way of knowing right now because Celtic are still in a vacuum. No manager, no director of football, no head of recruitment and we’re heading in to June.

“Lee Naylor’s revelation during the week was a huge concern. He’s an agent these days and he said he didn’t know who to speak to at Parkhead when it comes to offering players.

“That’s a massive worry. Celtic are in a tough market, with a lot of competition. They can’t afford to spend silly money, but there are not many good players available as bargain buys. The longer this goes on, the further down the queue Celtic will find themselves.

“I get the fact this will not be a quick fix and it might take the club some time to turn it around. That doesn’t mean any short-term ambitions should go right out of the window.”

O’Neill was under contract at Leicester City when the Hoops made their move for the sought-after boss following the disastrous appointment of rookie John Barnes the previous year.

The charismatc gaffer led Celtic to only the third domestic clean sweep in the club’s history – equalling the legendary Jock Stein’s achievements in 1966/67 and 1968/69 – as he hit the ground running.