Celtic Quick News on News Now
You are at:Home»Latest News»‘HURT’ BROONY ON A MISSION
By CQN Magazine on 28th March 2019 Latest News

SCOTT BROWN will be a man on a mission at Parkhead on Sunday.

The 33-year-old Celtic skipper, following four successive wins on enemy territory, acknowledged neither he nor his team-mates did themselves justice in the last game against Steven Gerrard’s team just before the turn of the year.

The champions brought down the curtain on 2018 with a puerile performance against the Ibrox men in Govan when the Hoops midfielder was unfortunate enough to get the final touch on a  shot from Ryan Jack to send the ball flying beyond the helpless Craig Gordon.

The title kings went into the confrontation on a run of 12 unbeaten matches against them and had won 1-0 earlier in the season with a goal from Olivier Ntcham in an extraordinary 90 minutes where the Hoops had clattered the woodwork FOUR times. 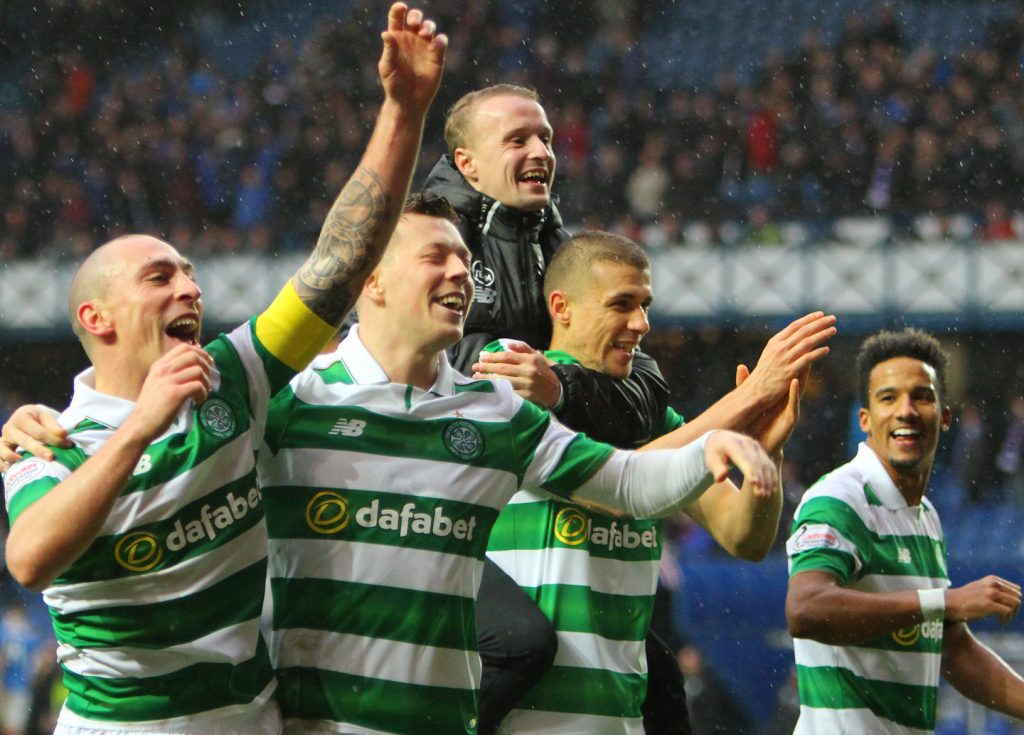 HAPPY HOGMANAY…Scott Brown and his team-mates celebrate after Scott Sinclair’s winner on December 31 2016.

However, Brown, speaking to Celtic TV, reflected on the Ibrox loss and admitted: “It will always hurt, especially as we went on a record-breaking run against them as well, 12 games undefeated.

“It was great for us to go on that run, but it was always going to end eventually and just the way it ended we didn’t play that well at Ibrox and we know that ourselves.

“But we bounced back, we came back from Dubai and had a good wee mini pre-season under Brendan and the lads and it spurred us on for the last half of the season.”

A win, of course, for Neil Lennon’s side will push them THIRTEEN points clear at the top of the Premiership with seven games to play and edge them closer to the magnificent achievement of eight crowns on the trot.