Celtic Quick News on News Now
You are at:Home»Latest News»‘I ALMOST LOST A LEG,’ JOKES DEMBELE, BUT WHERE IS THE MEDIA SPOTLIGHT ON THIS SHOCKING TACKLE?
By CQN Magazine on 27th November 2017 Latest News

MOUSSA DEMBELE believes he was fortunate to leave Hampden with both legs intact after Celtic’s 2-0 Betfred Cup Final victory over Motherwell. The incident is strangely overlooked in the Scottish media this morning as is the celebrations after the match.

The powerful hitman slotted in a second-half spot-kick to seal the win that took the Hoops’ League Cup total to 17.

But Dembele looked as though he might not take any part of the Hampden occasion following a 13th-minute lunge by fellow-Frenchman Cedric Kipre.

The Well defender was later sent off for pulling back Scotty Sinclair that brought the second goal for Brendan Rodgers’ Invincibles. 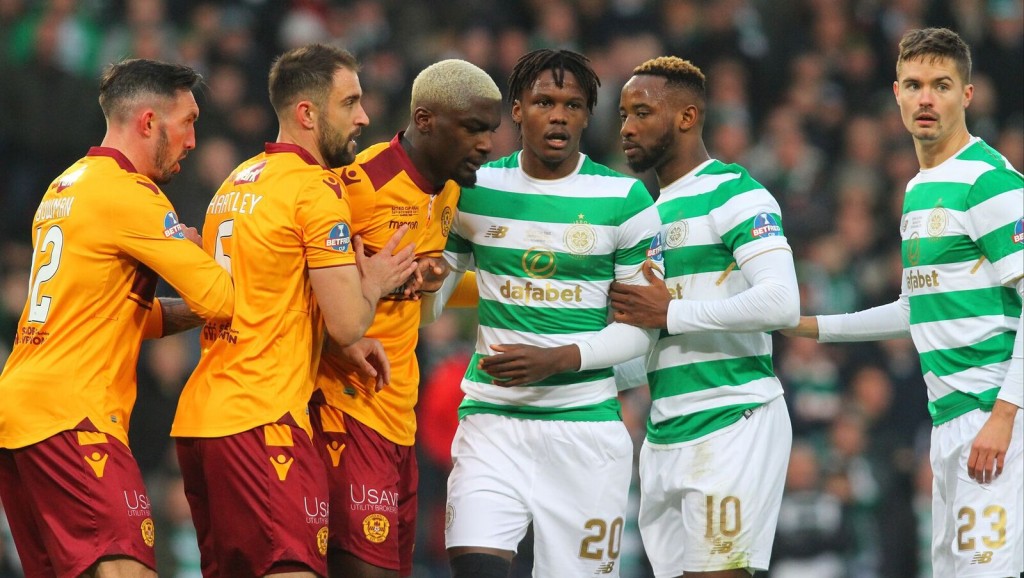 He tweeted: “Another trophy, another win. Almost lost my leg there, but we’re still unbeaten. Onto the next one, thanks for your support Bhoys and Ghirls you were brilliant.”

Dembele was left in a heap when Kipre recklessly put in an over-the-ball challenge and Rodgers immediately sent out Leigh Griffiths to warm up.

Former Celtic forward Chris Sutton, commenting for BT Sport, said: “It was 100 per cent a red card. He is endangering an opponent, it was a disgraceful tackle.”

Fortunately, Dembele carried on, maintained his Betfred League Cup scoring run and eventually came off just after the hour mark to make way for Griffiths. 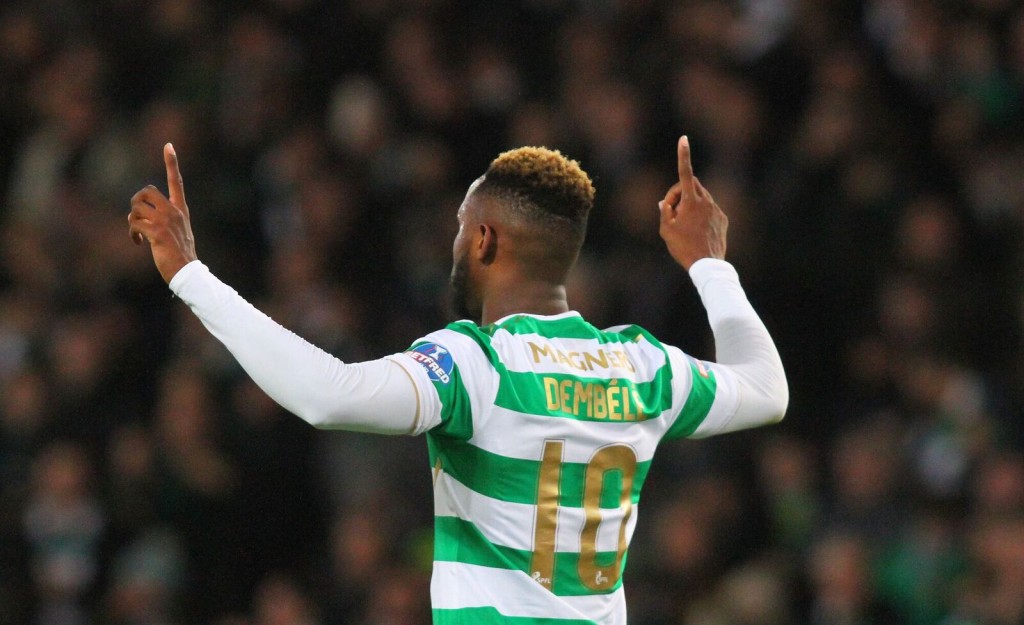