Celtic Quick News on News Now
You are at:Home»Latest News»‘I AM NOT INTERESTED,’ VOWS AJER
By CQN Magazine on 9th April 2020 Latest News

KRISTOFFER AJER insists he is “not interested” in recent speculation that stated he was plotting a way out of Celtic.

His agent said the Norwegian international defender would not be signing a new contract at the champions and would be on the move.

However, Ajer dismissed the reports and emphasised he was concentrating on maintaining his fitness during the coronavirus lockdown.

The versatile 21-year-old, speaking to the Daily Record, admitted: “I have two years left of my contract at Celtic and I am not focusing on my future at all.

“I am not interested in what has been written about me. 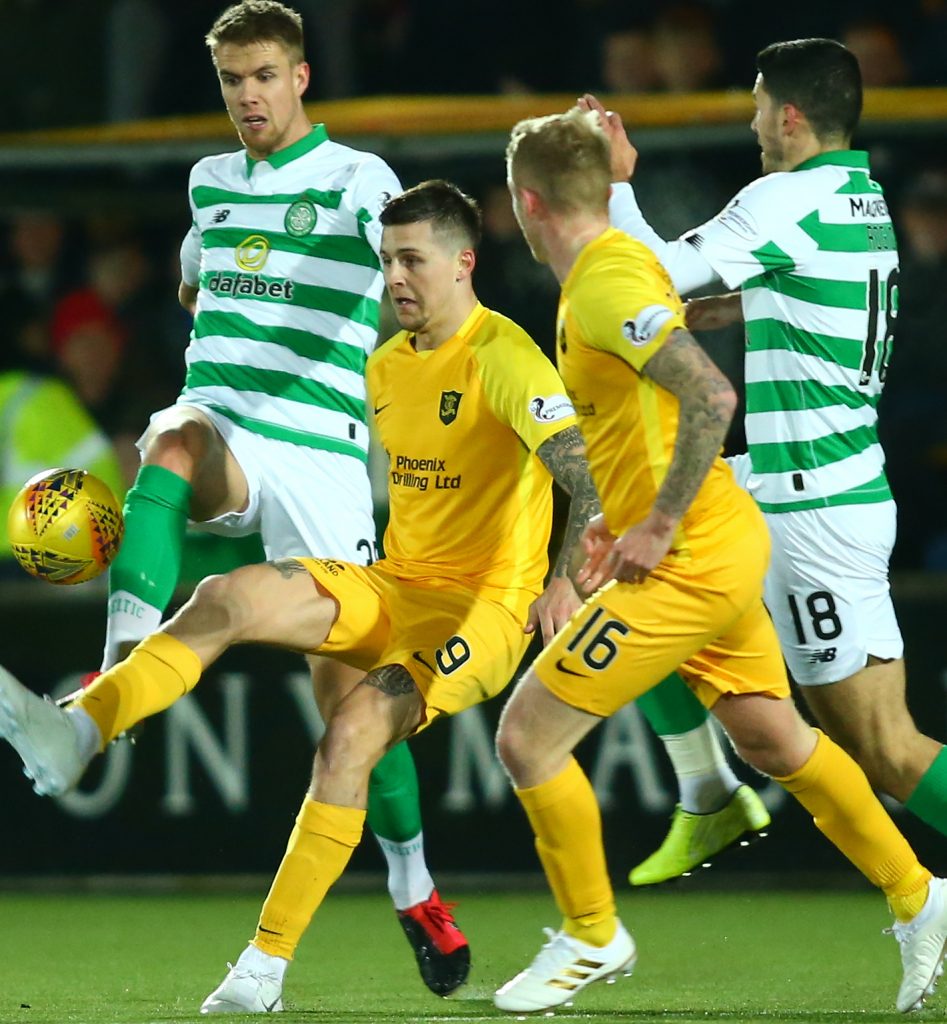 ACTION MAN…Kristoffer Ajer keeps his eye on the ball in the recent 2-2 draw with Livingston in Lothian.

“At the moment, I am training hard. I have told the Celtic physical trainer that I want to take big steps during this break period. I run two sessions a day, and I am building up a lot of strength doing that.

“I am lucky enough to have a family in Kristiansand who are very good at keeping fit and I was fortunate I was able to leave Scotland to return home before lockdown.”

Ajer has become a key man in the Hoops central defence alongside £7million Christopher Jullien this season with Croatian Jozo Simunovic struggling to overcome the injury that saw him require knee surgery in September that ruled him for four months.

The former FK Start prospect, signed by Ronny Deila in 2014, has also proved invaluable in an attacking sense and scored a superb winner in the 2-1 triumph over Aberdeen at Pittodrie in February.

The skyscraper stopper has played 57 games this term for club and country and has clocked up a European record total of 4,984 minutes in this campaign.