Celtic Quick News on News Now
You are at:Home»Latest News»‘I AM SO HAPPY FOR HIM,’ RODGERS IN LENNY ADMISSION
By CQN Magazine on 23rd April 2020 Latest News

BRENDAN RODGERS admits “there’s not a team like Celtic in the world”.

However, it did not stop him from quitting the Hoops to take over at Leicester City almost 14 months ago in a sensational move that enraged the Parkhead support.

The Irishman made the dramatic decision to leave the post with the team only 24 hours away from a crucial Premiership clash with Hearts at Tynecastle – a venue where they had lost earlier in the campaign – and four days from a Scottish Cup quarter-final against Hibs at Easter Road.

Former gaffer Neil Lennon responded to the club’s SOS, helped the team to a 2-1 league win against Craig Levein’s side and guided the holders to a 2-0 victory over his,old team in a memorable double in the capital.

Rodgers has reflected on his momentous walk-out – and declared he is delighted  for his successor.

The 47-year-old ex-Liverpool chief told Leicestershire Live: “I loved every second of being there and – of course – I understand when I left it maybe wasn’t the ideal time and there was a lot of hurt.

“I can never forget everything I did there and what we did as a club and how we put the team into that mentality.

“And now when I watch Neil – I know Neil well – I am so happy for him. 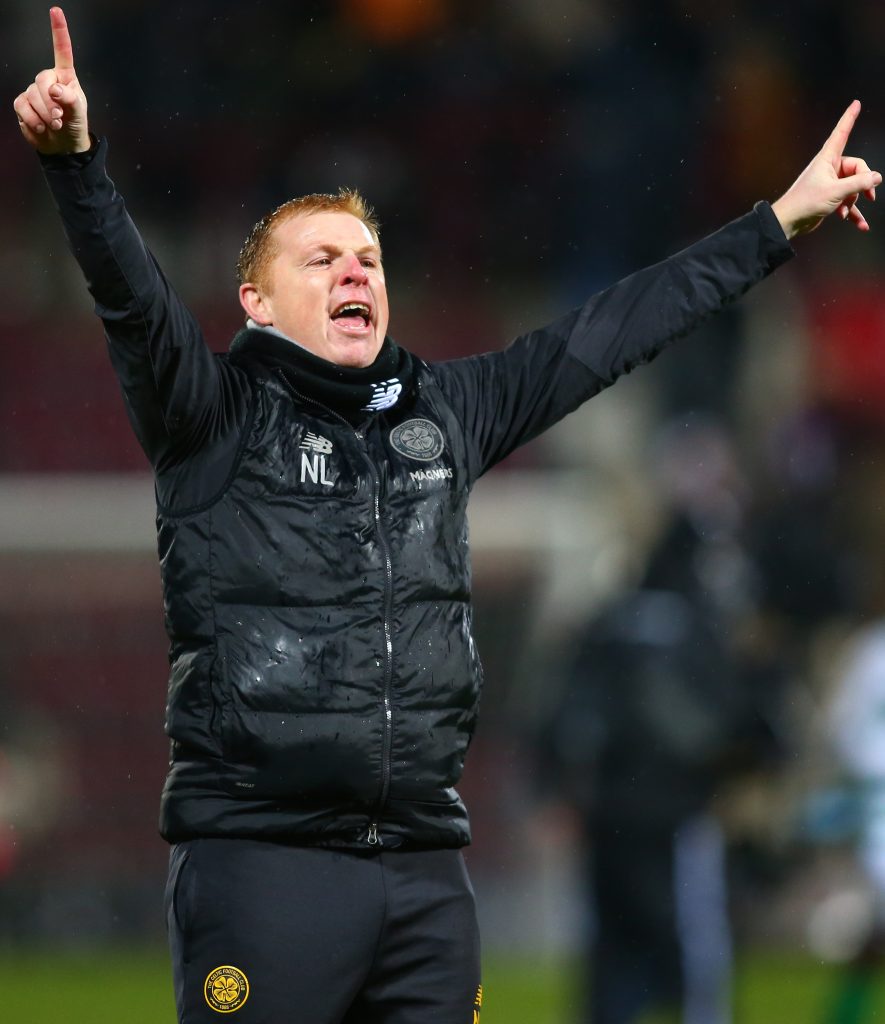 WHEN IRISH EYES ARE SMILING…Neil Lennon celebrates another Hoops success.

“I am happy for the guys, all the players and for the supporters to keep the momentum going and, hopefully, get the nine this year and then onto 10 which would be absolutely brilliant.

And what about his swift exit? Rodgers continued: “That’s a decision you make.

“So I understand the feeling of a Celtic supporter, because they could never understand if you support the club then how could you walk out into another?

“But that’s the professional side, this is my life and this is my work.”

Rodgers, who led the Hoops to seven domestic trophies, added: “I was only the third manager in the history of the whole club to get a treble.

“We created a British record, our win percentage there was quite good.

“Our first season, we became invincible and scored the most goals and had the most wins and that was all a first.

“We backed that up with another treble and it was the first time in history that had been done.