BARRY FERGUSON admitted his nephew Lewis DESERVED to be sent off following his dreadful challenge on Tom Rogic on Sunday.

The former Ibrox skipper didn’t even try to defend the Aberdeen midfielder’s reckless assault on the Celtic star as the Hoops won 3-0 in an explosive Scottish Cup semi-final confrontation at Hampden.

The Dons were already down to 10 men after Dom Ball’s first-half dismissal for a wayward mid-air challenge on Ryan Christie that saw the Highlander stretchered off and the game held up for six minutes while he received onfield treatment from the concerned medics.

That provoked his second yellow card from referee Craig Thomson, but Ferguson was shown a straight red for his shameful charge at the Aussie playmaker. 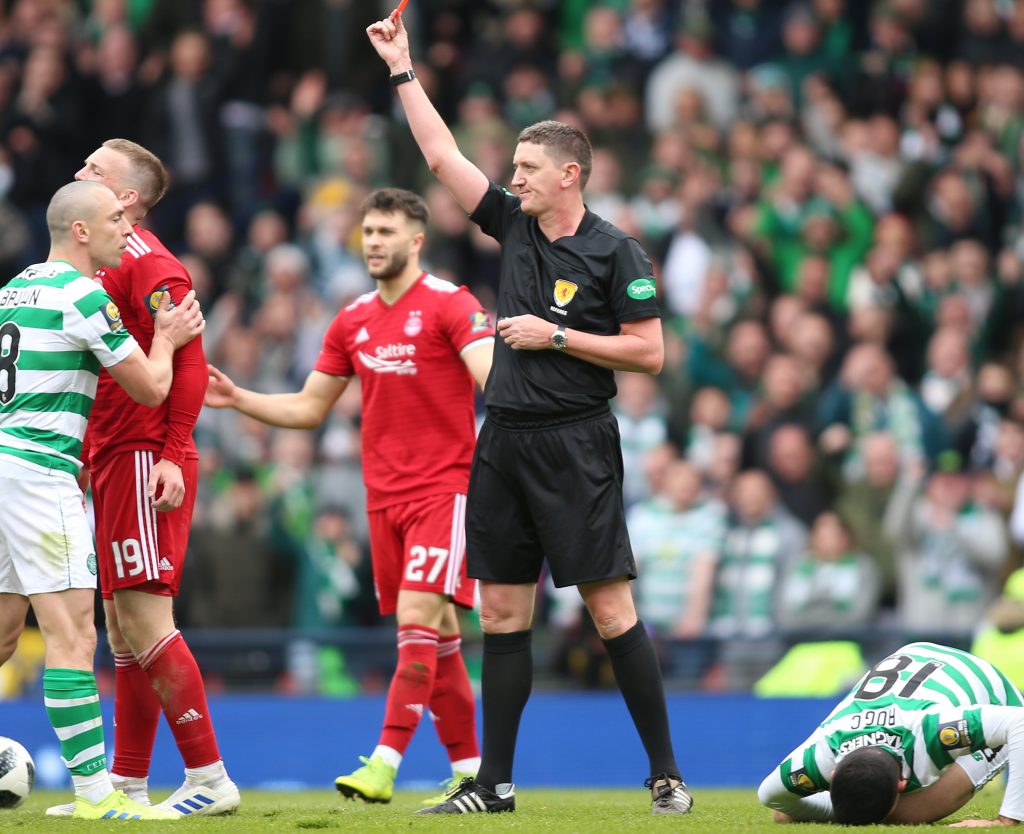 Ex-Scotland international Ferguson, speaking to PLZ Soccer, said: “Aberdeen were going late into tackles and they were a bit all over the place.

“But I can’t defend Lewis. I know he’s my nephew, but it was a two-footed lunge.

“It comes down to inexperience for me. Aberdeen were missing Graeme Shinnie, who might’ve told him to calm down and get on the ball.

“I can’t defend him, it was a sending-off. I’m sure Lewis will learn from it.”

The Pittodrie outfit, losing their fourth Hampden encounter against Celtic in three seasons, had a shameful afternoon in the last-four tie.

As well as Ball and Ferguson being banished, boss Derek McInnes and his assistant Tony Docherty were also sent from the touchline for two separate flashpoint incidents.