Celtic Quick News on News Now
You are at:Home»Latest News»‘I DID NOT REFUSE TO PLAY, I AM INJURED,’ INSISTS BOYATA
By CQN Magazine on 14th August 2018 Latest News

DEDRYCK BOYATA has blasted back at claims he refused to play for Celtic in Athens tonight – and the player insisted he IS injured.

The Belgian defender, who has not played since the World Cup group game against England on June 28, had been expected to make his Hoops return against Hearts at Tynecastle on Saturday, but had to be left out due to a mystery back injury.

He was also in line to help out his team-mates in the Champions League qualifying return against AEK Athens in the Greek capital this evening, but was left at home with the tie balanced at 1-1 and so much riding on the outcome.

Brendan Rodgers has already stated he would have loved for the centre-back to be in Greece as he prepares for the crucial confrontation without the suspended Kristoffer Ajer and Marvin Compper unavailable once again through injury.

Boyata, though, posted a video on social media showing him undergoing treatment on his back and hamstrings in a bid to convince Parkhead fans he is in no shape to play against the Greeks.

He told a Belgian website: “I did not refuse to play. I have a little problem with the hamstring.

“I’m really behind my team-mates for tonight’s big game.

“What’s going on is that I’m in a special position and when I hear that I’ve refused to play since I came back from vacation, it’s wrong.

“I have not refused to play. Since my return to training, I ran a lot outwith the group to work physically and I felt several small pains in the calf and hamstring. 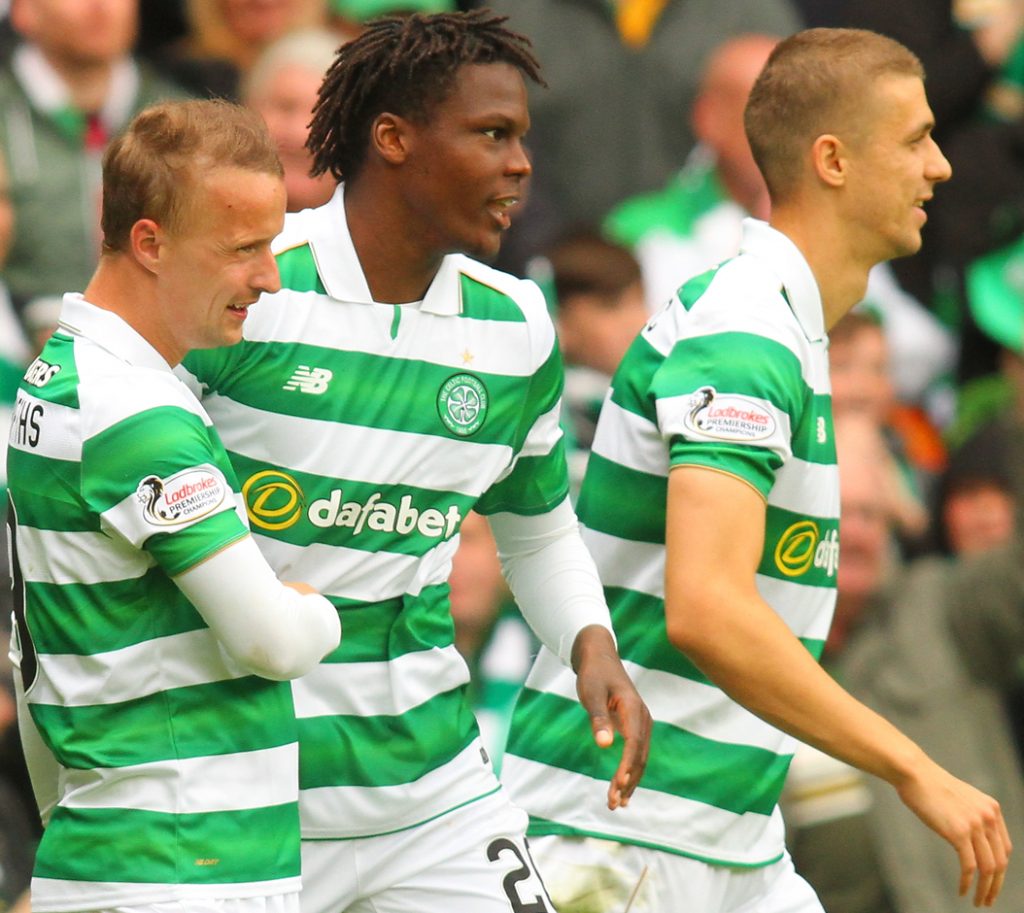 “I went to the physio every day. Last Thursday, I hurt myself by slipping in training and I held my leg directly.

“The physio saw it and examined me right after the session. I put ice on my leg for 30 minutes and, the next day, I said that I had pain.

“The exams proved that I could not play against Hearts. On Monday morning, I was still with a physio and the other injured players at the club.”

Boyata also insisted he had “100 per cent confidence” in his representative Lichtenstein. The agent angered Rodgers last week when he turned up at the Hoops’ Lennoxtown training ground unannounced.

Boyata said: “Personally, I’m not going to react too much to what my agent has been saying in the press.

“I have been working with him for years, I have 100 per cent confidence in him.

“In relation to his statements, he has his reasons. But, I repeat, I trust him.”

* DON’T miss all the action from tonight’s big game in Athens with the best match report in your champion CQN.