JOSIP JURANOVIC has dismissed speculation linking him with a summer move to Atletico Madrid.

The Croatian international right-back insisted he “didn’t care” about the transfer stories as he remained focused on playing for Celtic as he looked forward to performing in the Champions League group stages.

Plus the defender, who joined the Hoops a year ago in a £2.5million switch from Legia Warsaw, is eager to get started with his country in the World Cup Finals in Qatar between November 21 and December 18.

Juranovic, already a fans’ favourite at Parkhead, told the Daily Record: “I hope there was something in the stories, but, honestly, I didn’t even ask our manager or anything about it. 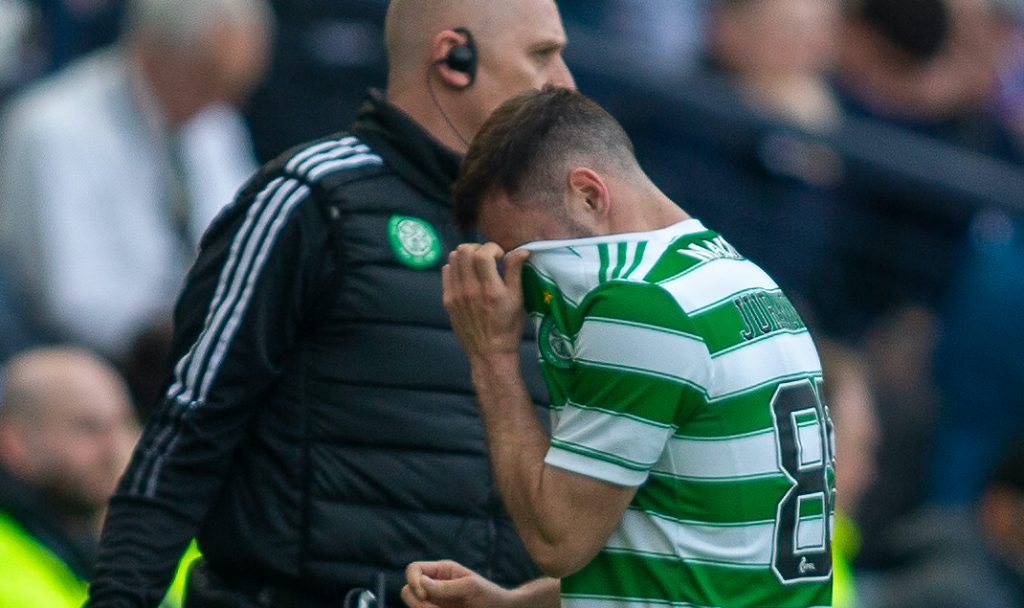 SEASON’S OVER…Josip Juranovic comes off during the Scottish Cup semi-final at Hampden on April 17. 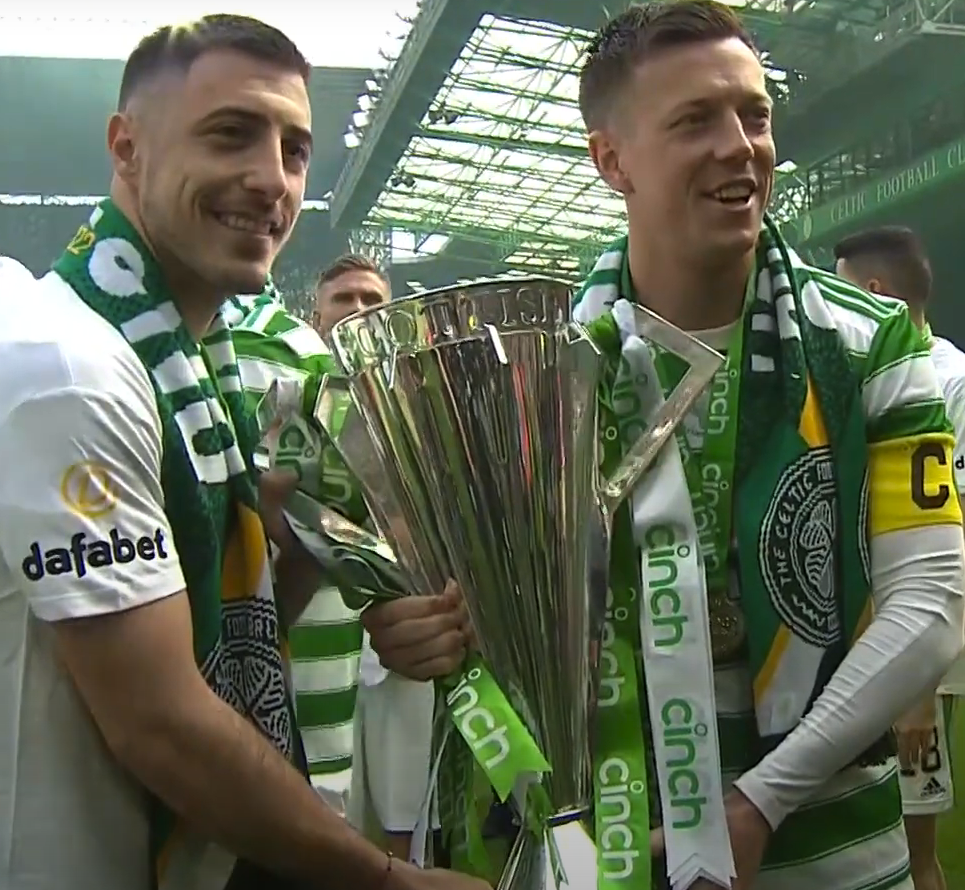 JUST CHAMPION…Josip Juranovic holds the Premiership silverware with skipper Callum McGregor as he joins in the title celebrations after the 6-0 win over Motherwell on May 14.

“I didn’t care. I have to keep my feet firmly on the ground. It was Atletico Madrid, after all, but I’m at a big club already, Celtic.

“Finally I have the chance to play in the Champions League here. Just to hear the atmosphere, that anthem and to get to play on that stage.”

Juranovic figured in the green and white hoops for the first time in almost three months when he lined up in the No.2 position in the 4-2 win over Banik Ostrava in the Czech Republic last night.

Understandably, the 26-year-old star, whose season came to a premature end when he limped off with a hamstring problem in the Scottish Cup semi-final at Hampden on April 17, showed signs of rust on his comeback game.

Juranovic was replaced at the interval by Anthony Ralston as Ange Postecoglou’s side took their goal tally to 14 in three pre-season outings with strikes from Kyogo Furuhashi, Matt O’Riley, Giorgos Giakoumakis and Liel Abada.