CRAIG GORDON has admitted he does not fear the day when his career will come to an end.

The keeper made his 200th appearance for Celtic against Dundee in midweek – and celebrated with his 100th shut-out.

Gordon was playing his first game in nine weeks after sustaining a knee injury in the 1-0 win over Hibs at Parkhead at the end of Janiary.

The Scotland international No.1 said: “I’m 35 now. When these things come along, even if the worst-case scenario is that it’s career ending, I’ve still done remarkably well to come back.

“So, it’s easier for me. I’m not a young player anymore and I can deal with that.

“I’ve already had what could have been the end and managed to come back from it. So, when that time comes when it’s the end of my career through my choice or through an injury, it probably won’t hold as much weight as it would for someone else because I have already been there and managed to get back.

“I’ve managed 200 extra games in my career and that’s just for Celtic, not including internationals. So, it’s more than 200 from a time when I thought I wasn’t going to play another one.

“Whatever happens from now on is always going to be a lot easier to deal with.” 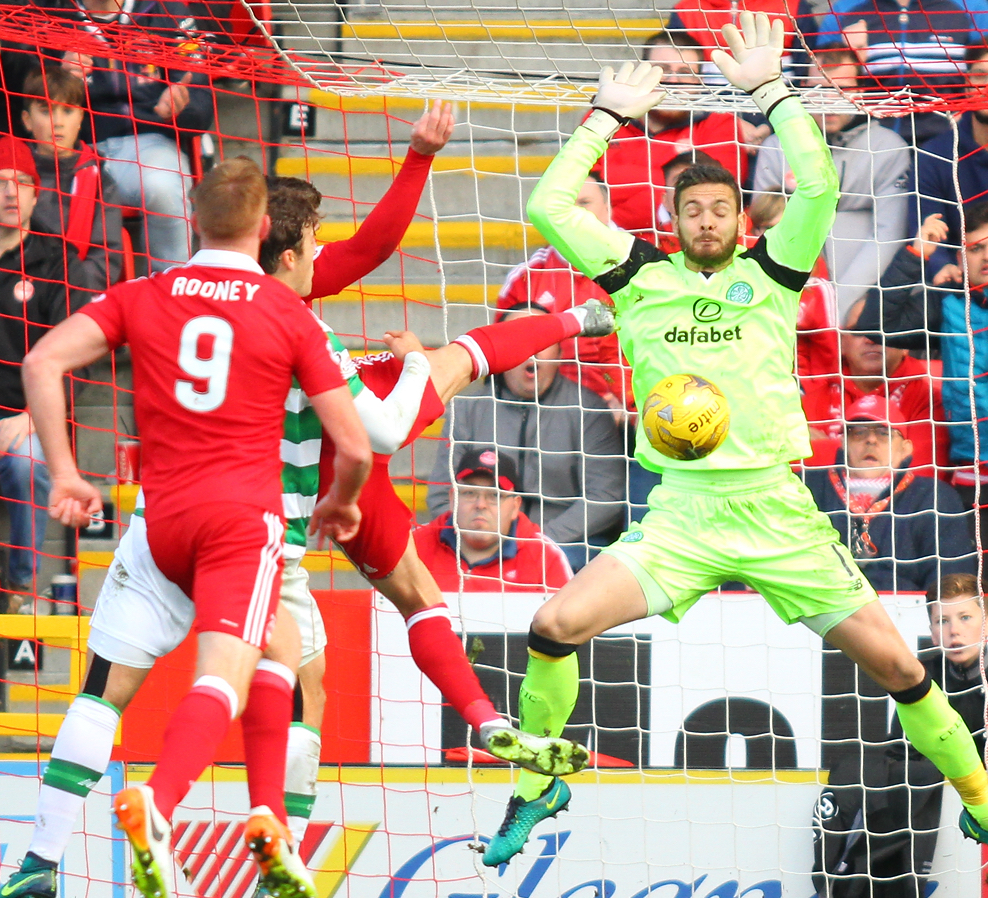 Reflecting on the injury against the Easter Road side, Gordon said: “It didn’t feel anything like what I’d done before but I knew there was something fairly seriously wrong.

“I wanted to try to come back out for the second-half and they wouldn’t let me. Quite rightly so. They saved me from myself.

“It took a few days to know exactly what was going on. At that point, there is that worry it could be something else.

“I knew from the feeling it was my medial ligament. From having so many knee injuries, I’m quite good on my knees and what parts are where.

“I said to the physios as I walked off the pitch what the damage was and I was right!

“It was a case of that being confirmed to me. The only other thing was whether there was anything else that went with it. Thankfully, there wasn’t.

”My knee was in a brace for five weeks, so from four and a half weeks getting the brace off to playing is a really quick turnaround.

“After the scans, it looked as though it was going to be a lot longer than that. At the end of that Hibs game, I got stuck on 199 appearances and 99 clean sheets.

“It was a few months waiting to get back for two milestones and to do them both in the same game is satisfying.

“Having a 50 per cent clean sheet is a great record for any club in any league, so I’m proud of that.”

Gordon added: “Did I think I’d play 200 games when I signed for Celtic? No.

“It was probably beyond my expectations when I signed. I hope I can go on and get a few more.”