Celtic Quick News on News Now
You are at:Home»Latest News»‘I DON’T WANT TO BE COMPARED TO BRENDAN,’ LENNON
By CQN Magazine on 27th February 2020 Latest News

EXACTLY a year ago, Neil Lennon took charge of Celtic for the second time when he led them to Edinburgh for a crucial Premiership encounter against Hearts at Tynecastle.

It was a venue where the Hoops had lost earlier in the season when they had gone down to a Kyle Lafferty goal.

Lennon, though, was determined to kick-start his second stint as gaffer and a late goal from Odsonne Edouard gave the Irishman his wish.

Here is how CQN reported on the scenario before the match.

NEIL LENNON started something good for Celtic with the first of the seven-in-a-row titles back in season 2011/12.

The former boss has now returned to finish what he started with No.8 already on the horizon and a crucial encounter against Hearts at Tynecastle this evening to herald his second stint as Hoops manager.

Lennon didn’t hesitate when he got the call yesterday following the sensational news Brendan Rodgers was walking out at such a crucial stage of the campaign to take over as boss of Leicester City.

By the end of a day of whirlwind events, the former skipper was in the managerial chair at Parkhead and the ex-gaffer was in the stand at the King Power stadium watching his new team beat Brighton 2-1 in front of 30,558 spectators.

Lennon is guaranteed a 60,000 sell-out when Aberdeen come to the east end of Glasgow a week on Saturday.

Rodgers’ abrupt departure left a lot of the club’s followers bewildered, but he has quit with the team closing in on an unprecedented treble treble. 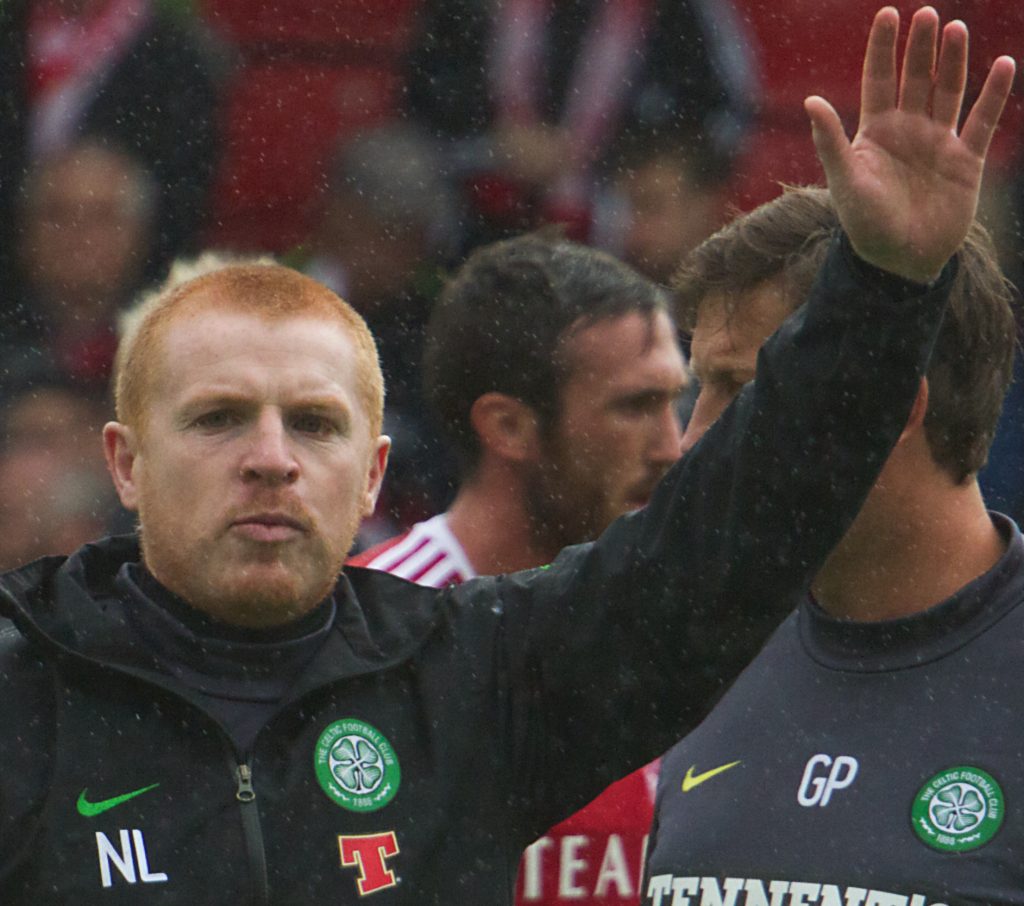 HANDS UP IF YOU LOVE CELTIC…Neil Lennon has no hesitation.

Lennon is hoping to put the finishing touches to that achievement in the weeks and months to come – starting this evening at Tynecastle and then onto Easter Road on Saturday for the intriguing Scottish Cup quarter-final against his former club Hibs.

The Irishman returns – assisted by John Kennedy – on an interim deal until the end of the season and, speaking to Sky Sports  at a press conference today, he said: “One day, I was hoping I’d come back. You dream of it, anyway. It’s possibly come sooner than I could have imagined.

“This was a no-brainer. I’m very, very grateful to be here. The board, Peter (Lawwell) and Mr Desmond have put their faith in me to see out the season.

“It’s been a whirlwind 24/36 hours. The most important thing is the club. We’ve lost a manager who’ll go down as one of the greats and I’ve got big shoes to fill, obviously. I’m looking forward to the challenge.

“I’ll possibly be in the dug-out tonight, but we’ll discuss it later on.

“John Kennedy is here with me and I’ll be leaning on him a lot. He has prepped the team and knows the machinations and routines. We’ll see whether I’m in the dug-out or not.” 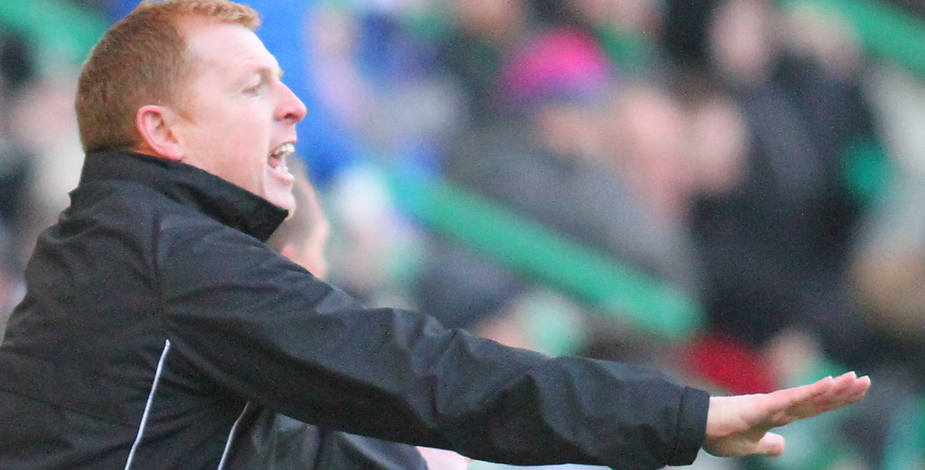 Asked about the nature of the job compared to what he was faced with at the start of his first spell in 2010, Lennon answered: “It’s a different challenge, of course. Different circumstances.

“The team’s been unbelievable under Brendan. Seven trophies in a row and top of the league. When I took over last time they were in a different position. I’ve not got much time to adjust. We need to adapt very quickly.”

Lennon continued: “The club means a hell of a lot to me. It’s a privilege. Opportunities like this usually come round once in a lifetime, but it’s come round twice for me.

“I’ll deal with all the other stuff as best as I can. For the short term, I’ll just focus on game by game.

“I’m not as volatile as I was during my first spell. I wanted to take on the world. I’ve mellowed, but I’ve still got that energy and will to win.

“Tactically, you learn the game as you go along. I don’t have all the answers.

“I don’t want to be compared to Brendan. He has his way and I have my way. I’m still always learning.

“I always dreamed of coming back, but I didn’t believe it. I was hoping I’d walk back through those doors. It’s been a bit sooner than I’d thought, but it’s come.” 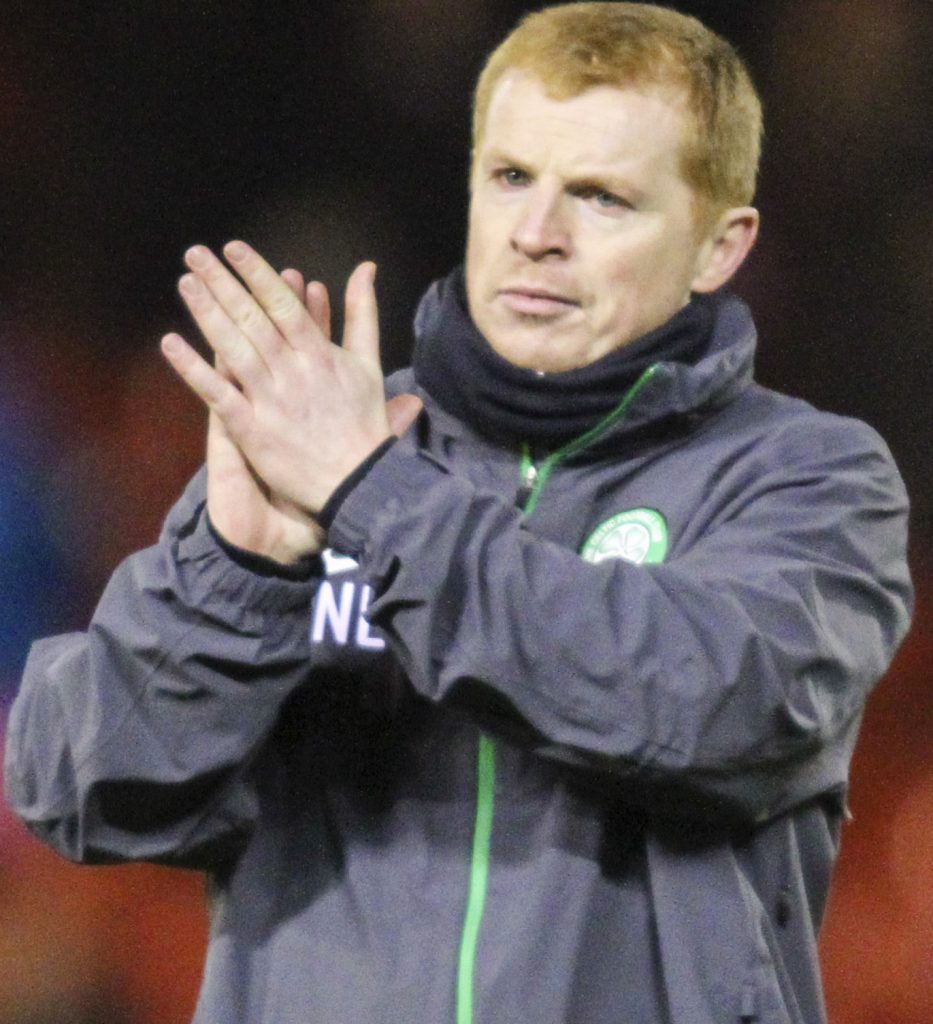 A BIG ROUND OF APPLAUSE…Neil Lennon thanks the Celtic fans.

Asked if he hoped to remain beyond the end of the season, Lennon replied: “It’s not up to me if I’m kept on after end of season – and I’m not even thinking about that. The club comes first.

“The club and the players are the most important aspect and it’s about what the board think is best for the club going forward.

“I want to keep the current style. I don’t think there’s too much difference between Brendan’s style and mine. I like to play attacking football. It’s in the DNA of the club and I played attacking football at Hibs.
“We’re in a  great position, eight points clear, but the gap can close over two to three games and I’m very wary of that. The platform is there to see it through.

“Brendan raised the bar in terms of trophies. Everyone’s talking about 10, but I’d just like to get to eight first and take it from there. I’m not looking too far ahead.

“What I like about this team is the excellent mentality. The quality of football has been exemplary. They’ve been exceptional for this club and I just want them to carry on in the same vein.

“There’s a core who have led the way and I’ll be leaning on them in the run-in. ”