LEIGH GRIFFITHS signalled the end of his seven-game lay-off hell with a trademark free-kick strike that helped Celtic to a 3-0 success over Hamilton Accies yesterday.

The Hoops striker had been missing for seven consecutive matches after limping off during the six-goal romp against St Johnstone at McDiarmid Park on October 7.

Griffiths was sidelined with injury and illness as he battled for peak fitness and he looked lean and mean as he made a second-half substitute appearance for Odsonne Edouard.

Brendan Rodgers’ men were already coasting two goals ahead when they won a free-kick 20 yards out following a clumsy challenge of Scott Sinclair from defender Scott Martin, who was booked for the wayward tackle,

There was only one man to take the award and up stepped Griffiths to thrash a low left-foot drive beyond the diving Gary Woods.

The frontman said: “It is always nice to be back on the pitch. It has been a frustrating few weeks for me in which I have been trying to build myself back up to full fitness. To come back and score like that was great.

“It was dark times. There was a lot of frustration going into it. But you just have to get on with it, you have to do your rehab properly. 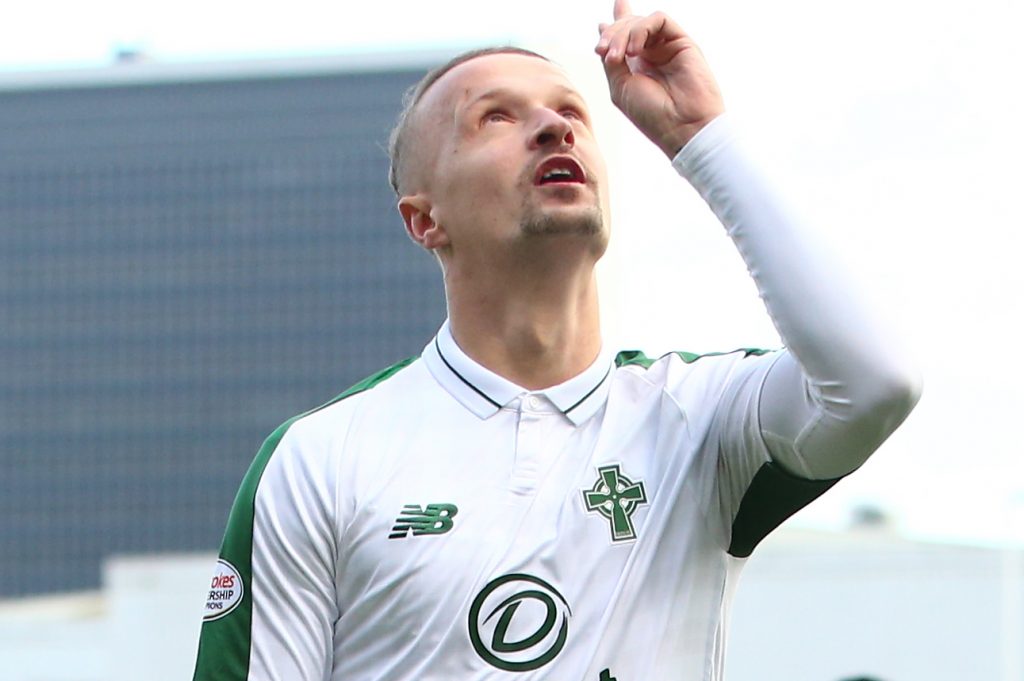 “It didn’t help that I was ill for 10 days, that took up a chunk of my recovery time. But, no, it was good to be back in the team and, hopefully, I’ll be back firing on all cylinders.”

Griffiths added: “Speaking with the management and the sports science staff, there is no secret that I was a bit heavier looking. However, over the course of the six weeks, I have managed to drop a lot of the weight and I feel a lot sharper. If I can continue working hard on the training pitch then when I get my chance I can take it.

“The manager pulled me aside with about 20 minutes left and said: ‘Go on and do what you can’.

“Listen, it is always nice to come back with a goal. It is an important three points and we will look forward to Thursday now.”

Now the Hoops are gearing up for the Europa League encounter against Rosenborg in Trondheim as they continue their qualifying bid from Group B.

Boss Rodgers has emphasised the importance of a victory on the club’s travels and they gave themselves a lifeline when £10million French ace Edouard claimed the winner in the 2-1 triumph over RB Leipzig earlier this month.

A fully-fit and functioning Griffiths could have a key role to play in the team being involved in European football in 2019.