The pair have teamed up for the first time this season with the striker arriving on loan from Paris Saint-Germain in the summer.

Edouard’s temporary contract expires at the end of the campaign and Brendan Rodgers will have a decision to make about his future.

His parent club are looking for a fee around the £7million mark to make the 20-year-old frontman’s stay at Parkhead permanent.

Ntcham is convinced the powerful youngster has thrived on playing for the champions and has been helped by countryman Moussa Dembele and coach Kolo Toure who is another French speaker.

The playmaker said: “The more Osdonne plays, the more he improves. He is happy here. I won’t try to persuade him because he is his own man. But he knows how I feel.

“It helps a lot to have fellow-French players. I had two at Genoa, as well.

“Even on the pitch, when you don’t understand something, they can help you. Kolo has helped us a lot because he can explain that things could be better if you try it another way.

“Selectors in France know we are developing because they come over to see some games.” 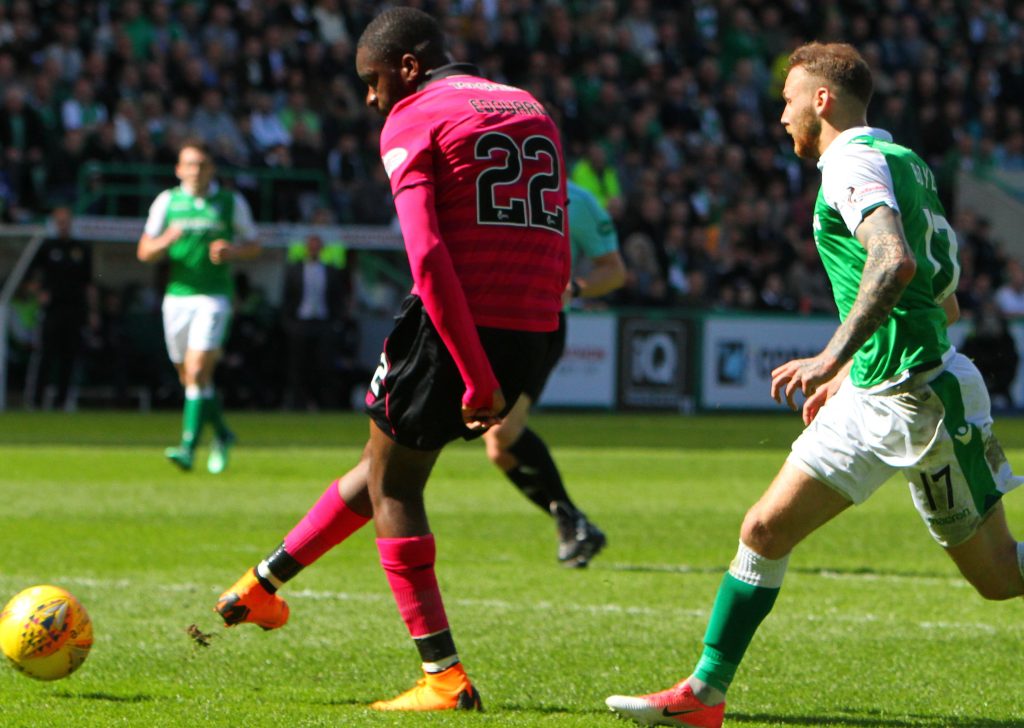 Ntcham scored with a penalty-kick in Celtic’s 4-0 win over Graeme Murty’s Ibrox side in the Scottish Cup semi-final a fortnight ago – and the 22-year-old ace admitted it was a moment to savour.

He insisted being handed the responsibility from the spot was pre-planned and not an act of charity from his friend Dembele.

And he revealed that his mate’s cheeky chipped effort for goal No.3 was also down to design rather than an impromptu decision.

Ntcham said: “I was really happy – it was my first goal against Rangers and you never forget that.

“It was my turn. Moussa had the first penalty and then it was me. Moussa’s penalty was very confident, but he told me he would do that before he stepped up.

“For the fans, it is more emotional to see a goal against Rangers because it is not just about football – it is about something else.

“This is a game we need to win and we want to win the titles. It will be nice to do it at home.”

After his £4.5million move from Manchester City in the summer, Ntcham feels like he has found a home in the Hoops.

Moved around on loan by the Etihad outfit without playing a game in England, he’s delighted to know that his future is settled with three years left on his Parkhead deal.

Ntcham added: “I am settled because I’ve had loan after loan and I feel better now.

“Scotland suits me. I don’t like the weather, but I live in Bothwell and it’s quite quiet, so I like that.

“The first year at Celtic has been quite good. I feel stronger now. When you play you get that rhythm. When you get more games it’s normal to feel more powerful and also more intelligent.

“I’m happy to be here and every game I’m feeling my progression.” 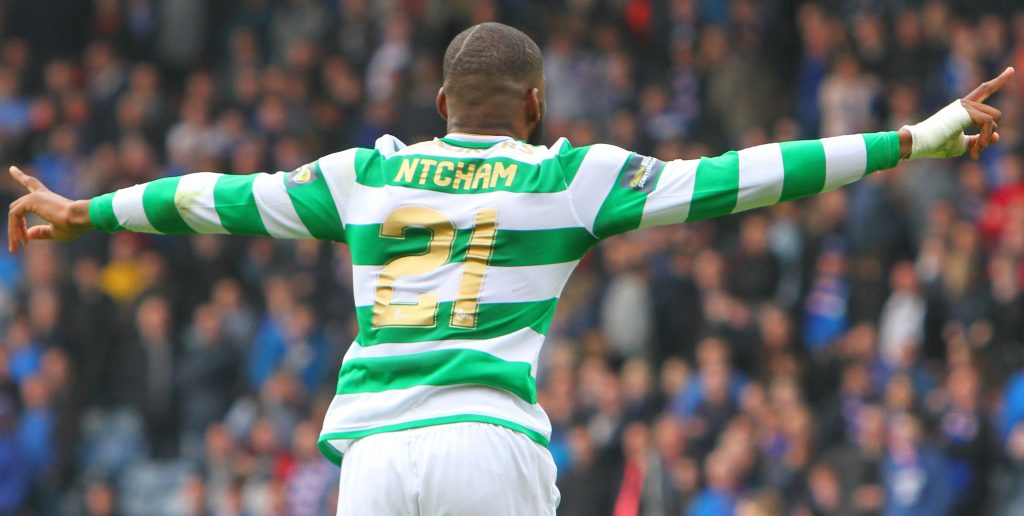 HAPPINESS IS … scoring a goal in the Scottish Cup semi-final at Hampden for Olivier Ntcham. Pics: Geo.

Ntcham was gutted Celtic failed to wrap up the title last weekend as they lost 2-1 to Neil Lennon’s Hibs. What made it even worse was watching the entire second-half from the bench after he was taken off due to an injury.

He added: “We were a bit disappointed last week. It was a tough game and winning would have been great for the club and the players.

“I got a knock on my foot in the first-half, but I’m okay now.

“Yes, there’s extra motivation playing against Rangers and everybody knows it is a great game in the season.

“The last time at Celtic Park it was a draw. When you play at home then it is different.

“Because you have the 12th man, the supporters are all behind you and push you to go forward and try to score every time you have the ball.”

And that’s exactly what the talented Frenchman wants this afternoon in the east end of Glasgow – to have a ball!