NEIL LENNON admits he is “very proud” of being given the opportunity of managing Celtic for a second time.

The Irishman answered the Hoops SOS in February in the aftermath of Brendan Rodgers’ swift departure to Leicester City with a crucial Premiership game against Hearts due at Tynecastle only 48 hours later.

Lennon had to hit the ground running with a Scottish Cup quarter-final against Hibs at Easter Road also looming four days later.

The club’s hopes of an unprecedented treble treble could have been dynamited over the space of two back-to-back vitally important encounters.

However, the comeback gaffer, who agreed the job on an interim basis until the end of the campaign, came up trumps with two victories in Edinburgh – Odsonne Edouard claiming the stoppage-time winner against Craig Levein’s side and James Forrest and Scott Brown shooting down Paul Heckingbottom’s outfit in Leith.

Lennon, who was appointed full-time boss only minutes after the 2-1 Scottish Cup Final win over Hearts on May 25, picked up the Premiership Manager of the Month award yesterday. 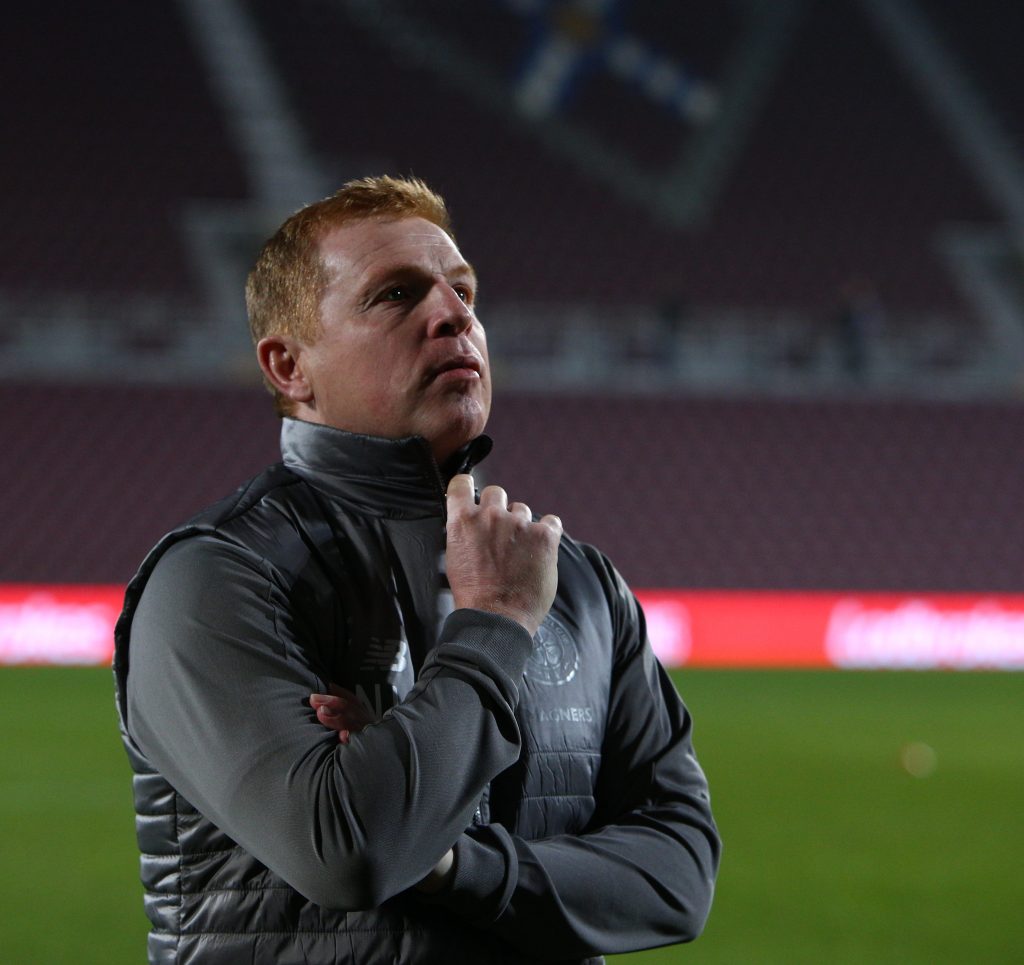 COMEBACK BHOY…Neil Lennon alone with his thoughts at Tynecastle before his return to Celtic in February.

Asked if he feels his managerial qualities are still underestimated, the Hoops chief, speaking to the Daily Record, replied: “Possibly. But I can’t control that.

“I don’t think I’m the greatest thing since sliced bread. I think I’m all right. I know how to win games, get results.

“And there aren’t many people who get the opportunity to manage a club like this a second time. So, that makes me very proud and it’s a privilege. It makes me very driven, as well.

“The reaction after Cluj was a sign of the times and, again, you can’t control that.

“You know it might be out there. But, again, you just blank it out. You think: ‘Yes, it didn’t go well, where did it go wrong? Let’s see if we can improve on that, if we can get the new boys up to speed as quickly as we can and make the best of the rest.’

“And we’ve done that so far.

“I think there was a little anxiety around and there will be going forward. There’s so much at stake. The more titles you win, get towards nine and 10, the more anxiety there’s going to be.

“You just have to try to stay calm, stay patient and believe in what you’re doing.”