VAKOUN ISSOUF BAYO joined Celtic in a £2million deal in January – and has played just over four hours in the first team over that period.

However, the 22-year-old Ivorian striker admitted he is HAPPY with his progress at the champions.

Bayo, whose only appearance last season was a five-minute cameo against Kilmarnock in February when Scott Brown claimed the last-gasp winner, has made nine outings in this campaign, totalling 260 minutes.

He also scored his first goal for the Hoops when he headed in an early opener in the 5-0 victory over Partick Thistle in the Betfred League Cup quarter-final at Parkhead last month.

But the energetic attacker accepts he will have to be patient as he attempts to become a regular in Neil Lennon’s starting line-up.

Bayo, speaking to the Celtic View, said: “Odsonne is the number one striker and I know I have to work very hard if I want to play as the first striker. That will take time, just like it did with Odsonne. He also had to be patient to get his opportunities when he first arrived at Celtic. 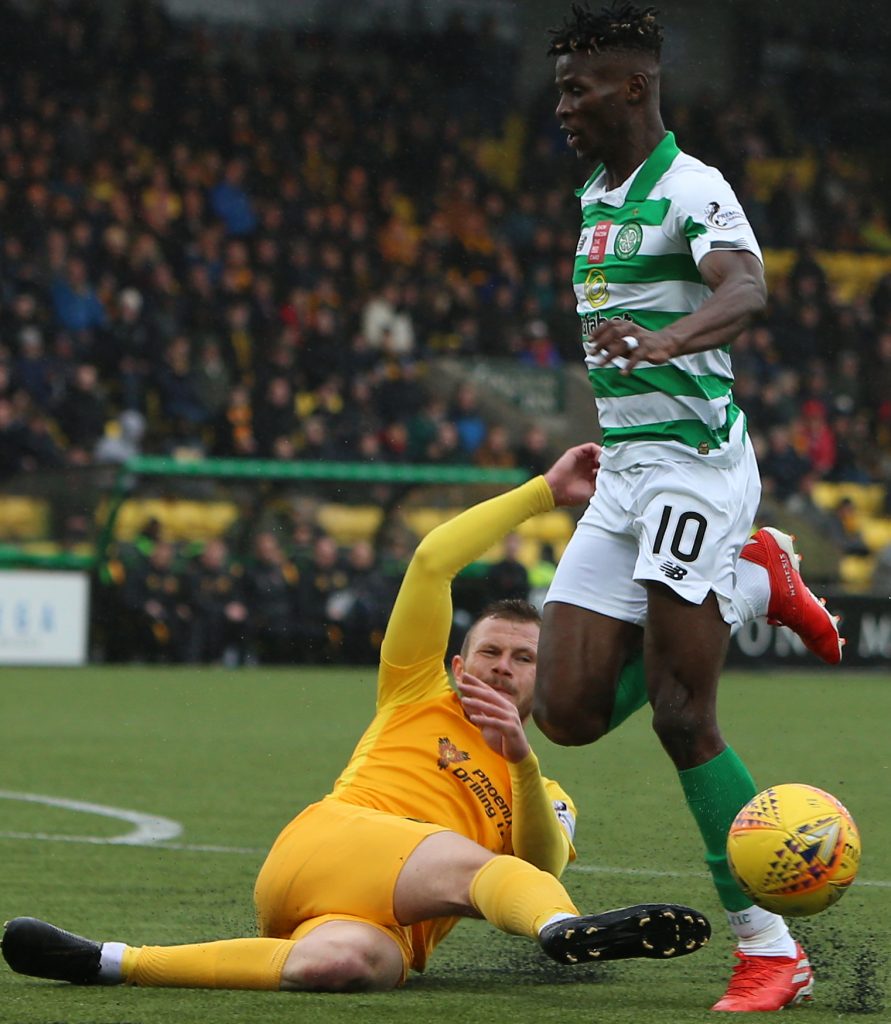 “I know my time will come because I can see the progress I’ve made and that gives me great hope and confidence that I can do well for the team.

“It’s not going to be just handed to me. I need to work hard every day in training to show the manager that I can make a difference in the team and score goals. The competition drives us all and I am enjoying the challenge here because it is a great club.”

Injury has also stalled Bayo since his arrival at the turn of the year, but the powerhouse frontman added: “I’m happy because I’m getting more minutes now. That wasn’t happening last season and earlier this season.

“I was injured for a while so that meant I couldn’t play. I’m really happy with the minutes I’m getting because I’m playing football which is what I love.

“I feel like I’ve made progress in training, as well. The measurement for that is the amount of time I’ve had on the pitch. Before, I wasn’t playing at all and now the manager is giving me opportunities.

“I know how important it is to perform in training because that’s what will give me more time on the pitch in games.”