RYAN CHRISTIE’S name will be one of the first on Neil Lennon’s Celtic team sheet for the visit of Hearts this afternoon.

The elegant Scotland international playmaker has kicked off the season in stunning fashion and has claimed eight goals in 10 games.

But Christie admitted he will NEVER take a place in the top side for granted and will continue to work hard at his game to continue to make an impact.

It was an encounter against Craig Levein’s Edinburgh side last season that turned around the fortunes of the 24-year-old Highlander in his Hoops career.

He was introduced as a substitute for the injured Olivier Ntcham at half-time in the Betfred League Cup semi-final against the Tynecastle outfit at Murrayfield with the game deadlocked in a scoreless stalemate.

Christie devastated the opponents with a mesmerising 45-minute display as he set up two goals and claimed one for himself with a breathtaking 25-yarder into the top corner of Bobby Zlamal’s net. There was no turning back after that. 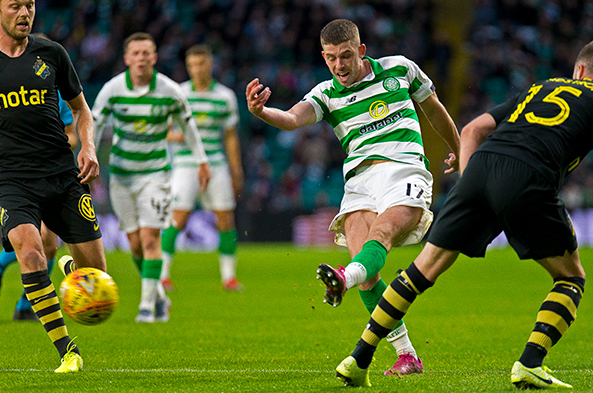 The former Inverness Caley Thistle star, speaking to the Sunday Mail, admitted: “I know it’s only 10 months but it feels like a lifetime ago!

“It’s nice to look back and see how far I’ve come. I’ve been delighted at how things have gone.

“But I’ve spoken to the gaffer about it and I can’t rest on my laurels, I need to keep pushing.

“Thinking back to that game, it was the first time I’d stamped myself as a Celtic player and I kind of kicked on from there.

“I’m absolutely a better player now than I was then and I put that down to how many games I’ve played for Celtic, getting used to handling the crowd and dealing with big occasions.

“I do feel as if I’ve got a few extra per cent at the moment, which is down to the guys putting us in great condition in pre-season.

“It worked well for me that I came back from the injury and straight into pre-season to work hard.

“And I prefer it when the games come thick and fast just now because it gets you right up to speed.

“When you come into these games, the only thing you can absolutely guarantee is working hard and, hopefully, everything else follows from that.”