Celtic Quick News on News Now
You are at:Home»Latest News»‘I ONLY LOOK FORWARD IN A RACE,’ RODGERS
By CQN Magazine on 20th August 2017 Latest News

BRENDAN RODGERS has told the rest of Scottish football to catch up as he prepares to lead Celtic towards a second successive Champions League cash bonanza.

The Hoops are 90 minutes away from a £30million windfall when they defend their five-goal lead against Astana in Kazakhstan on Tuesday.

But Rodgers – who saw his side win 2-0 at Kilmarnock yesterday with goals from James Forrest and Callum McGregor – points out that it’s not his fault that Aberdeen, Sevco Rangers and St Johnstone all flopped in their European attempts.

He said: “The other teams had the opportunity to play European football, it wasn’t just us. 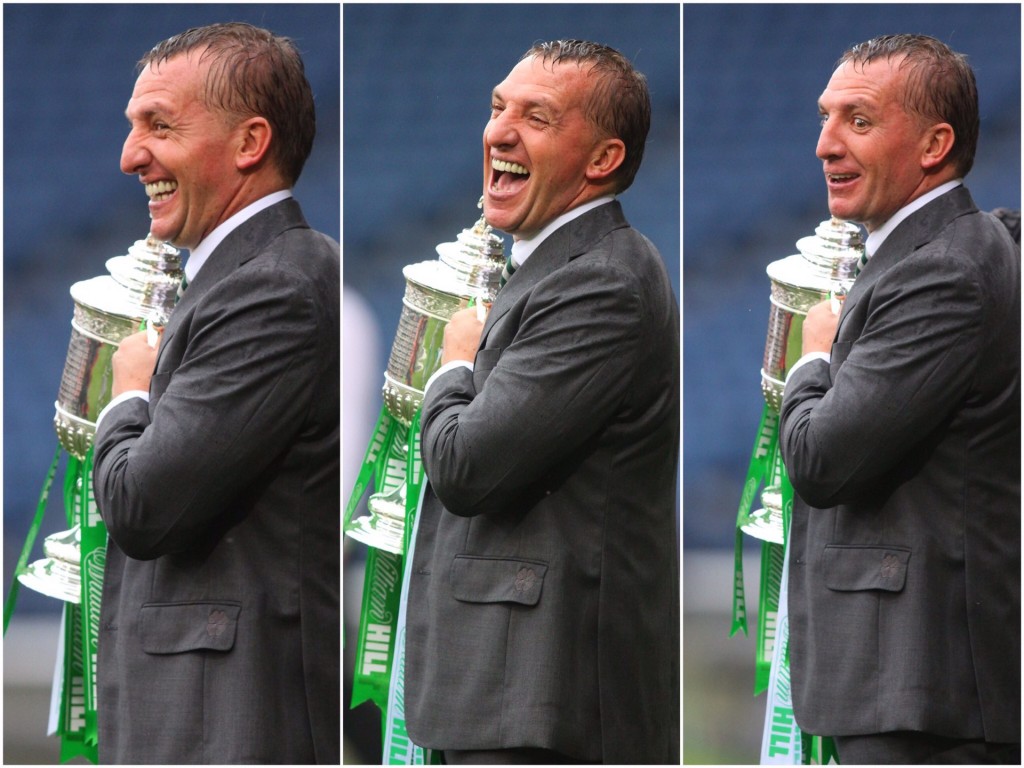 “So, if they had progressed then that would have improved their pot of money.

“I want to represent Celtic the best I can, but I want Scotland to feel pride that they have a team in there competing and trying their best with football that is productive for Scotland.

“What it does do is allow us as a club to keep making steps forward.

“I don’t think anyone’s to blame for that. If we qualify, it means we’ve earned the right to be there.

“I can’t be looking in my slipstream wondering where everyone is. If I’m in a race, I’m never looking back, I’m only looking forward.

“I’ve been asked the question: ‘Do we need other teams to do well?’. But you worry about yourself and set your own standards.

“It’s a relentless drive to be the best you can be. It doesn’t matter what other teams are doing.”