CELTIC defenders will be running scared before the Scottish Cup semi-final against Sevco Rangers a fortnight today – Alfredo Morelos has promised his family he is going to score a goal.

The Colombian striker is the club’s top marksman with 16 league goals and is apparently worth £11million in China.

Following his miss from two yards in 10-man Celtic’s 3–2 win at Ibrox last month, it’s a fair bet to say that isn’t quite his valuation in the country where he plies his trade.

Morelos, who radiates the persona of a rottweiler chewing a wasp, has insisted he will make up for his howler in Govan and put the Hoops to the sword at Hampden.

He said: “I’ve already played in three Old Firm (sic) games. Playing in them is something incredible. It is one of the best derbies in the world.

“The city is paralysed when the day of the match arrives. Each team and the fans are full of passion and that transfers to the players.

“Unfortunately, I haven’t been able to score in any of them yet. But scoring a goal in an Old Firm (sic) game is a debt I owe to the fans.

“I have spoken to my family and told them I promise I will score in the next game against Celtic and dedicate it to them.

“The fans come up to me and tell me if I score against Celtic they will get a tattoo with my name on it!” 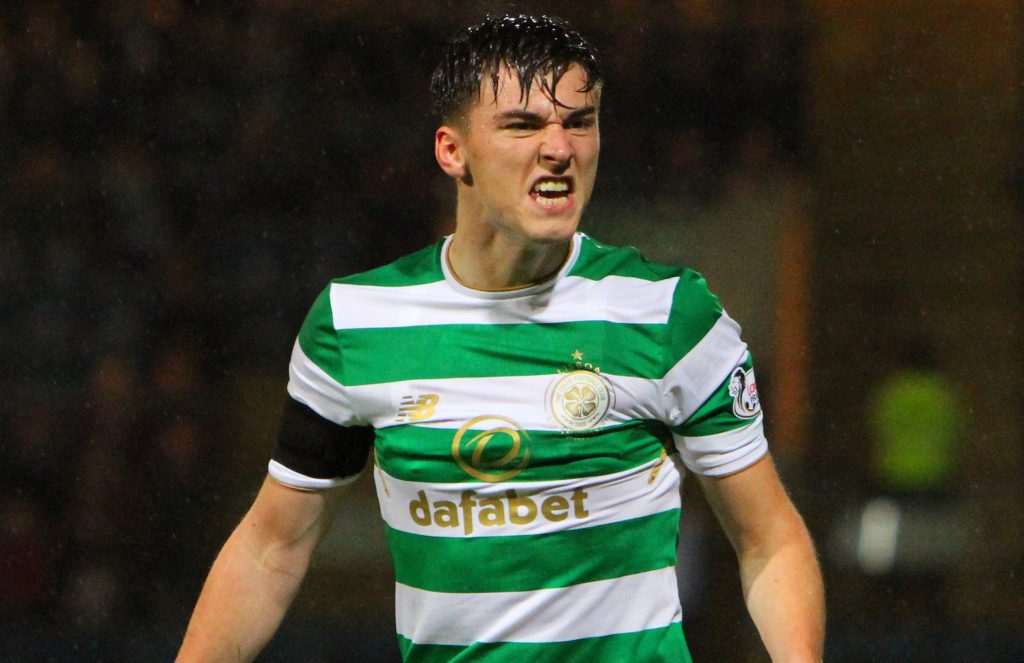 BEWARE BHOYS…Kieran Tierney and his defensive mates are on red alert at Hampden
for the Scottish Cup semi-final.

Morelos, in an interview with homeland publication El Colombiano, insisted: “At the beginning of the year, a Chinese team – Guangzhou Evergrande – made an offer for me, but Rangers (sic) rejected it.

“The issue is already closed. The media here have speculated a lot after that, but everything was calm with me.

“I didn’t talk to the chairman, I had a a short conversation with the manager and the sports director, but it was about my performance.

“All options for China are closed for now. I am focused on doing things well and continue to grow as a player and human being.”

So, Kieran Tierney and Co know what to expect at the national stadium in two weeks’ time.

We can only hope they will take heed of the Mohawk-sporting hitman with the penchant for hitting woodwork from almost on the goal-line.