Celtic Quick News on News Now
You are at:Home»Latest News»‘I REALLY COULD NOT BE HAPPIER,’ CARTER-VICKERS – NOW FOR JOTA
By CQN Magazine on 10th June 2022 Latest News

CAMERON CARTER-VICKERS tonight sealed a four-year deal with Celtic for an initial £6million fee that could rise to £10million, as CQN reported last month.

The 24-year-old central defender, who was outstanding during his season-long loan move from Spurs, admits he is committed to bringing more success to the club after finally landing a permanent contract at the champions.

The US international, currently on duty with his adopted country, said: “I am so pleased to complete my move to Celtic and I really could not be happier.

“I have loved every minute of my time at Celtic so far and I really wanted to be part of the club’s future. 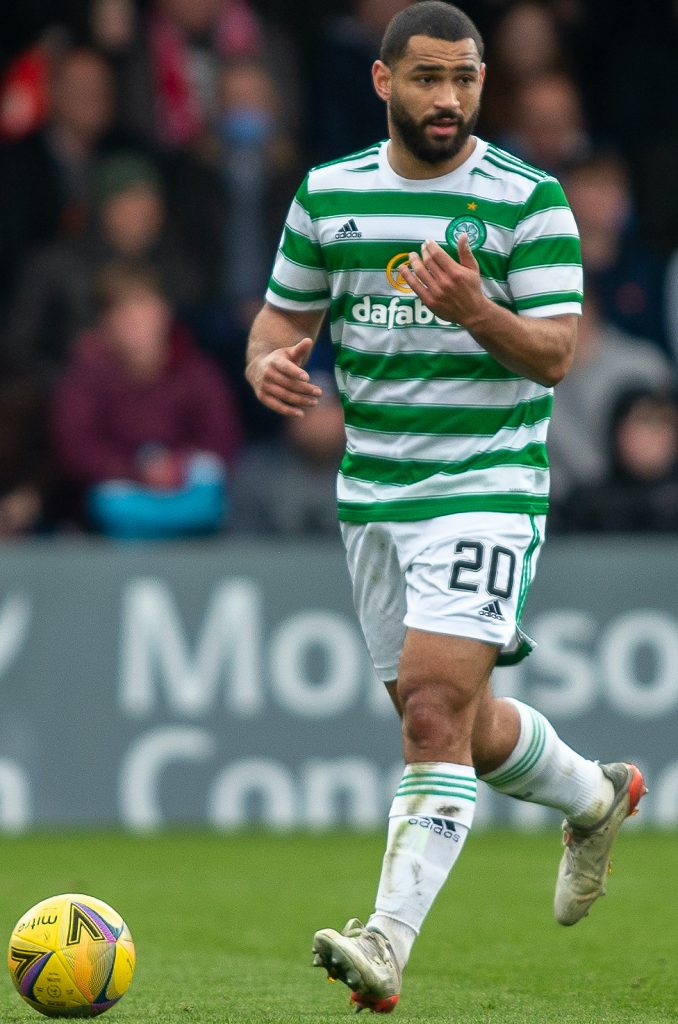 IN CONTROL…new Bhoy Cameron Carter-Vickers who has just agreed a four-year deal at the champions.

“We have a fantastic group of players at the club, we have a really good spirit and atmosphere among us and we all worked so hard together to deliver the league and League Cup success last season.”

Carter-Vickers, speaking to the club website, added: “I wanted to make sure I was part of this group going forward and working under a great manager, and now we all want to achieve more.

“We have so much to look forward to, we will aim to be strong again domestically and, of course, we look ahead with real excitement to the Champions League.

“I have received such a great welcome from everyone at the club from day one and also from our supporters. When you are fortunate enough to be inside Celtic you can see it really is one of the world’s great football clubs.

“I am delighted to be given this opportunity at a club of this stature and I will be doing all I can to play my part in bringing more and more success to our fans.” 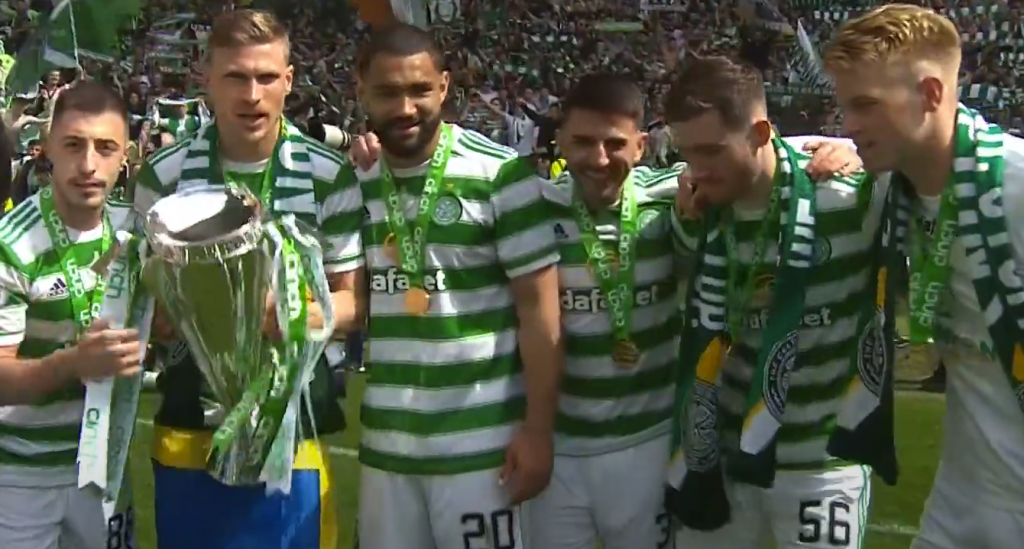 Ange Postecoglou was determined to bring the player to Parkhead and commented: “I am absolutely delighted that the club has completed the signing of Cameron on a permanent basis.

“This is a major acquisition for Celtic, really positive news for us and everyone at the club has worked so hard to make this happen.

“Cameron has given everything of himself to the club so far, demonstrating his real value to the team and to the way we play.

“He was vital to our success during the season, such a hard-working player of real quality and he was an absolute model of consistency.”

The Greek-Australian gaffer added: “When we identify a player, we always hope that they can settle into things as quickly and as easily as possible, but like so many other players during the season, Cameron slotted in to life at Celtic brilliantly from very early on.

“He is a great guy, hugely popular and we are delighted that he sees his future with us.” 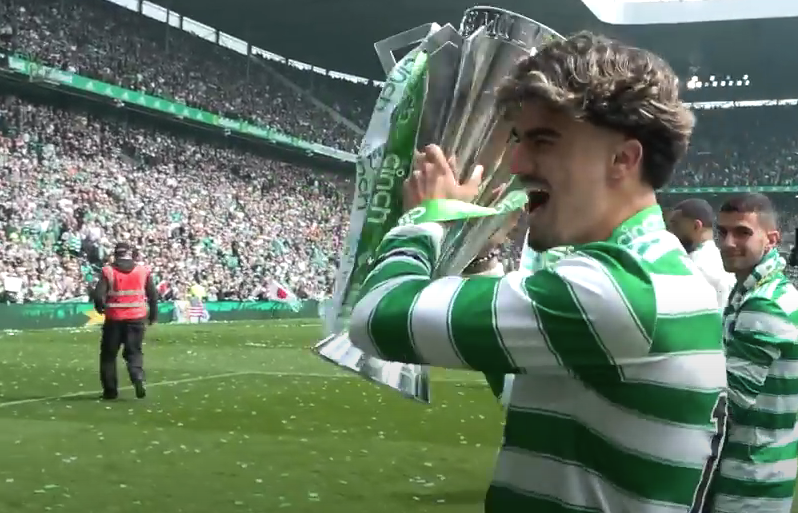 WINGING IN…Filipe Jota celebrates with the Premiership trophy – now he is next on the manager’s hit list.

Now that Carter-Vickers is signed, sealed and delivered, Postecoglou will turn his immediate attention to bringing in his other impressive loanee, Benfica’s Filipe Jota, on a similar contract.

The Lisbon giants are seeking £6.5million for the winger which will not represent a problem for the Hoops. Like the Carter-Vickers deal, there will be add-ons to boost the fee, but they will not be deal-breakers.

Celtic hope to make an announcement in the near future.