Celtic Quick News on News Now
You are at:Home»Football Matters»‘I STILL HAVE TRUST IN BITTON,’ BRENDAN
By CQN Magazine on 13th August 2017 Football Matters
CELTIC boss Brendan Rodgers insists he has not lost trust in Nir Bitton as a makeshift centre-back.
The Israeli midfielder has been forced to take up a role alongside Jozo Simunovic in the heart of the rearguard while Dedryck Boyata and Erik Sviatchenko remain on the sidelines.
There has been a clamour for Rodgers to rethink his strategy following Bitton’s nervy display in the 1-0 win over Partick Thistle at Firhill on Friday night. 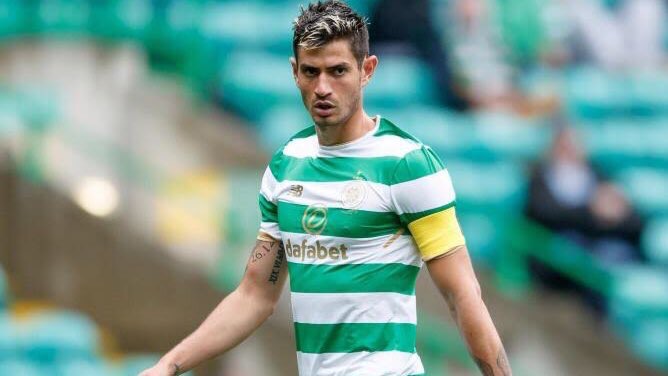 But the Hoops gaffer said: “Think how well Nir played against Rosenborg in a big-pressure game and then against Hearts on opening day.

“He’s been up against boys who have been a real handful like Kyle Lafferty and Conor Sammon. They’re making him defend, he’s not getting it all his own way. But he’s coping very well with it.

“I wouldn’t put him in if I didn’t trust he could do the job. He gives you that extra dimension when you have the ball because he plays there like a midfielder.

“He gets you quicker through the lines to play forward. I’m not worried about him playing there.”